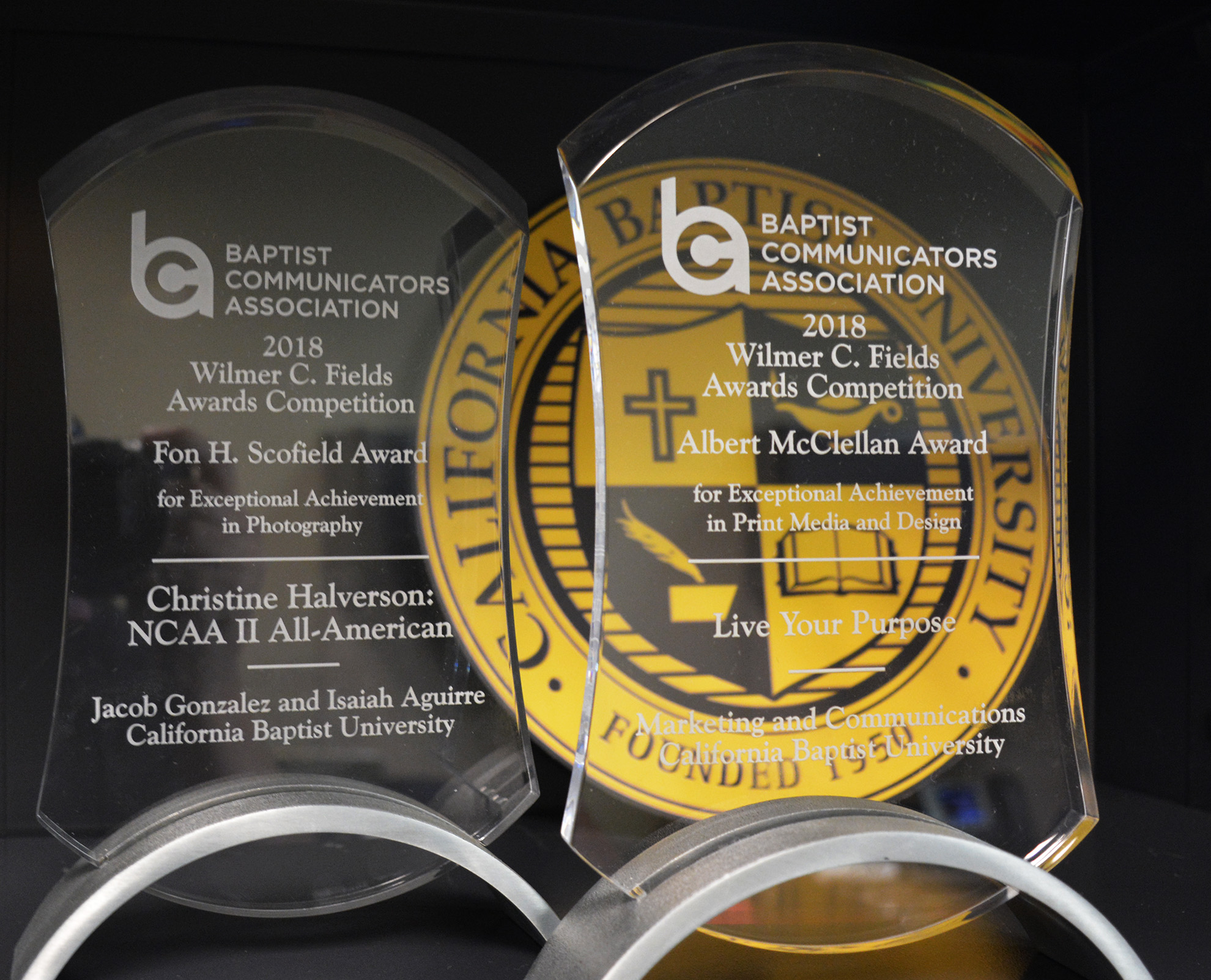 “This is amazing that our student publications won so many significant awards in the BCA competition. It is further evidence of the quality of work our students do on the campus publications,” said Dr. Michael Chute, director of the journalism and new media and public relations program at CBU. “It is exciting to see our students get this kind of recognition for their excellent work and dedication to the publications.”

The Marketing and Communication division at CBU won two grand prizes in the professional competition. One was for “Christie Halverson NCAA II All-American” portrait, featured in the summer 2017 edition of The Roundtable, which won best overall photograph. Additionally, the division captured best print media and design award for the “Live Your Purpose” campaign. The  2016-2017 President’s Report publication earned CBU a second place award in the Annual Report category.

Dr. Mark A. Wyatt, vice president for Marketing and Communication at CBU, said the creative team of designers and writers he leads shares credit for the prizes CBU won.

“These awards bring positive recognition to the university for the excellent work our team members consistently produce,” Wyatt said. “I am especially pleased that the design campaign built around the theme, ‘Live Your Purpose’®, earned a grand prize for CBU.”

The Wilmer L. Fields Awards competition receives hundreds of entries from Baptist ministries, agencies, colleges and newspapers across the country.