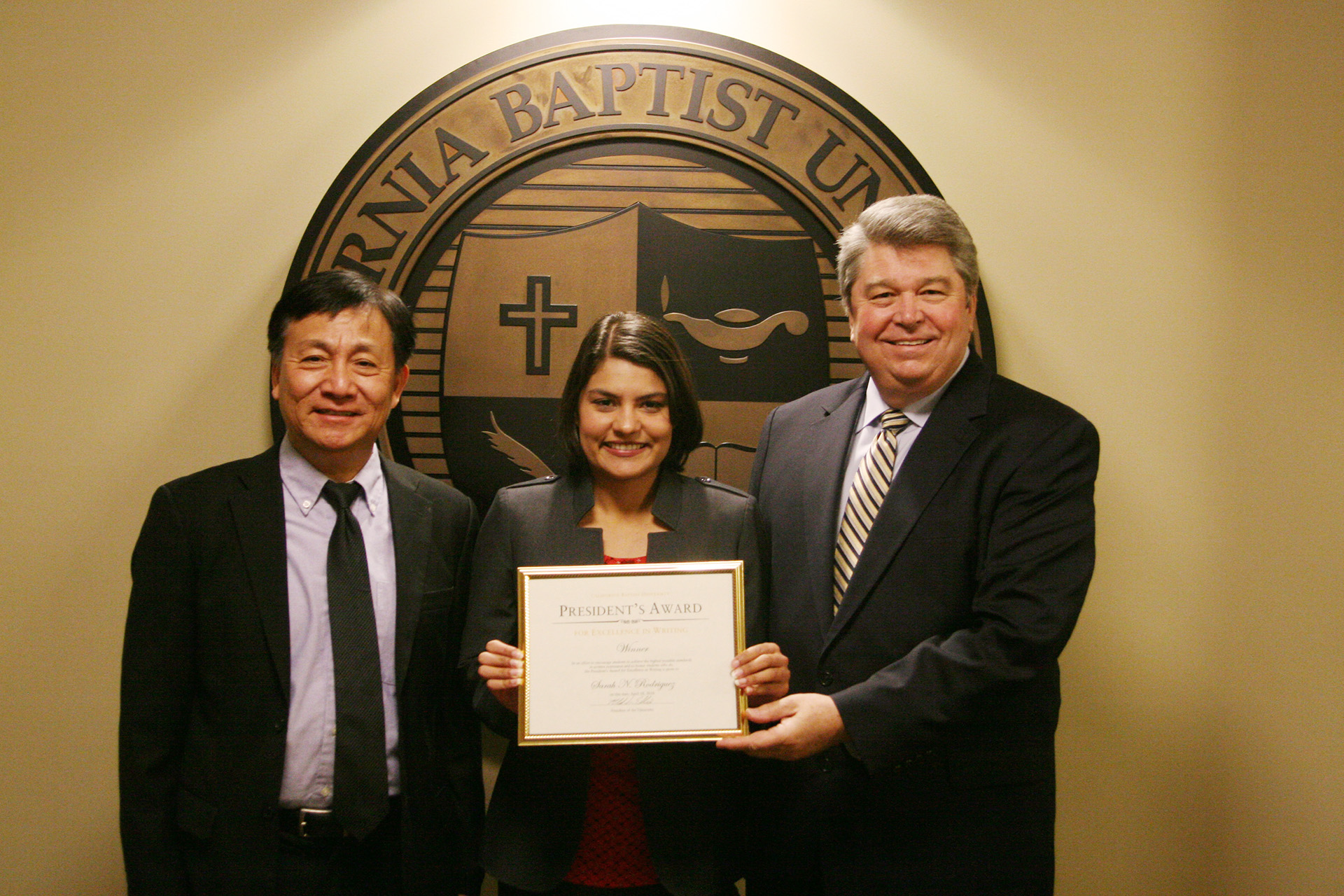 Rodriguez wrote her paper, “From Collins to Bertram: The Clergy in Austen’s Life and Writing,” during her study-abroad semester at Oxford University in England in 2017. The paper explores the portrayal of clergy in English novelist Jane Austen’s works.

“With a concise yet elaborate style for an enjoyable reading, the paper reflects the student writer’s diligence in research, maturity in critical thinking and mastery of the English language,” Dr. Joseph Bolin, dean of the School of Music and member of the selection committee, wrote of the paper.

Rodriguez received a certificate and a $500 prize.

Katherine A. Robinson, a student pursing a graduate degree in English, was awarded first runner-up for her paper, “The Illusion of Female Empowerment in William Wells Brown’s ‘Clotel: or, The President’s Daughter.’” Robinson’s critique argues that the character of Clotel actually weakens the feminist position, although it is often cited as a work of female empowerment.

“The student’s writing is mature, careful and engaging, while her topic is ambitious and timely,” Dr. Amy Stumpf, professor of society and religion and a member of the selection committee, wrote of the paper.

Robinson received a certificate and a prize of $300.