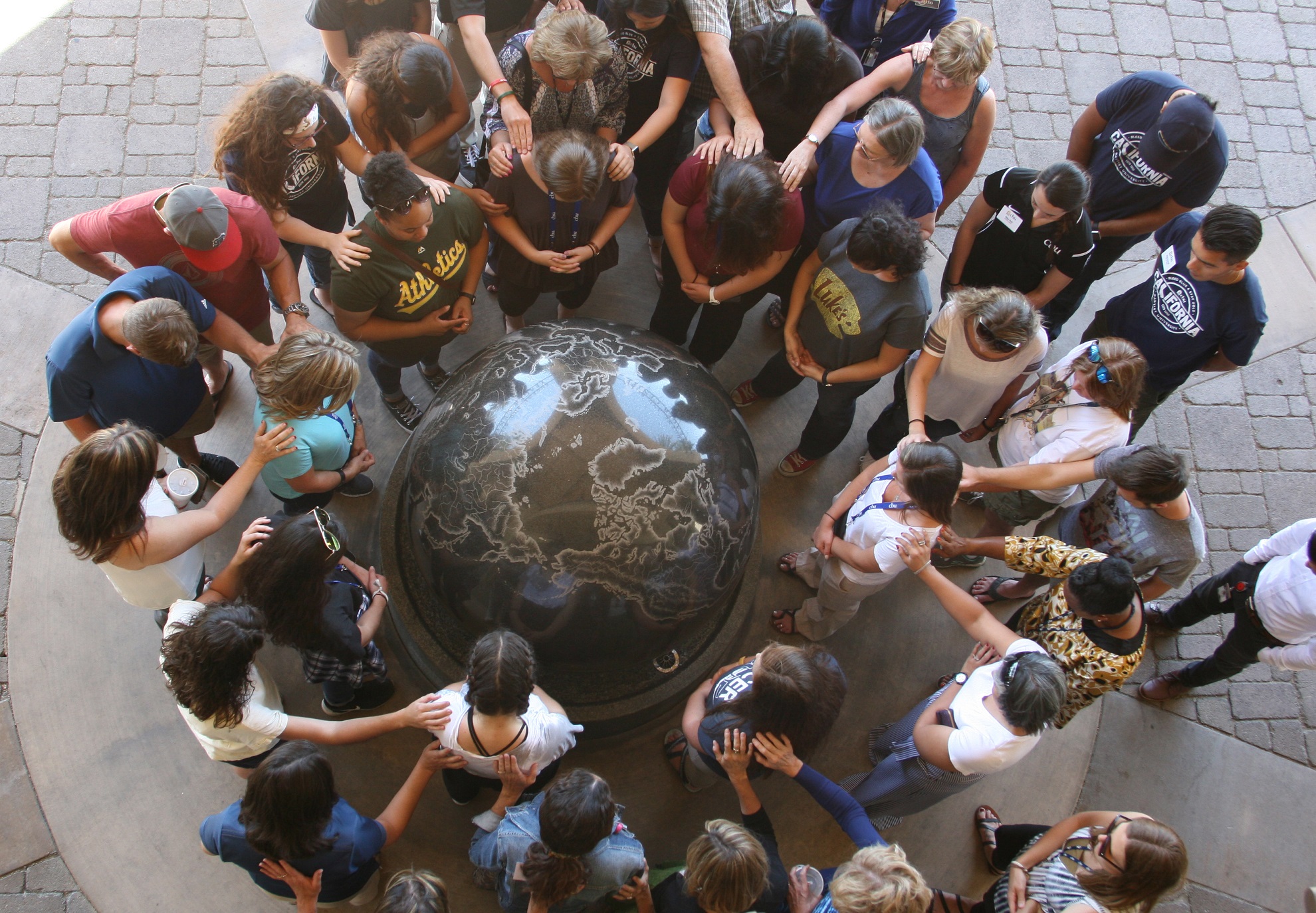 Students along with their families and friends gather to pray before departing for their International Service Projects and Summer of Service on June 19. Per CBU tradition, teams gather at the Kugel, a granite globe that rotates on a base inscribed with the scripture from Matthew 28:19-20, symbolizing CBU’s commitment to the Great Commission.

Riverside, Calif. (June 19, 2017) – California Baptist University launched the fourth and final wave of 2017 volunteer global service teams this past weekend. Teams will continue to depart from CBU through July 12.

The last wave of service projects involves seven teams scheduled to serve in Central Asia, Belize, France, Spain and South Africa. The teams join eight other teams currently serving in various locations. A number of other teams already have returned after completing their projects.

“Our hope is that this prompts a lifestyle change,” Smith said. “Even though they are going abroad and have the opportunity to share the gospel, our goal is for them to do in their own neighborhood.”

Devon Emans, a mathematics senior, recently returned after participating in a service project in Southeast Asia. Emans said he enjoyed the relationships he formed with his team as they hosted basketball clinics and games.

“I have learned what it looks like to truly love someone that you don't even know,” Emans said. “God has done a work in my heart and if I can love someone from a different country who is a stranger, how much better should I be able to love those around me back in the states that I do know and I do care about?”

Justina Dreschler, a nursing senior, recently returned from South America with her ISP team, which provided assistance to a mobile health clinic in an underserved area.

Dreschler said a highlight for her during the trip was watching Christians shine for Jesus.

“I continued to learn how big God is as I learned about another culture,” Dreschler said.