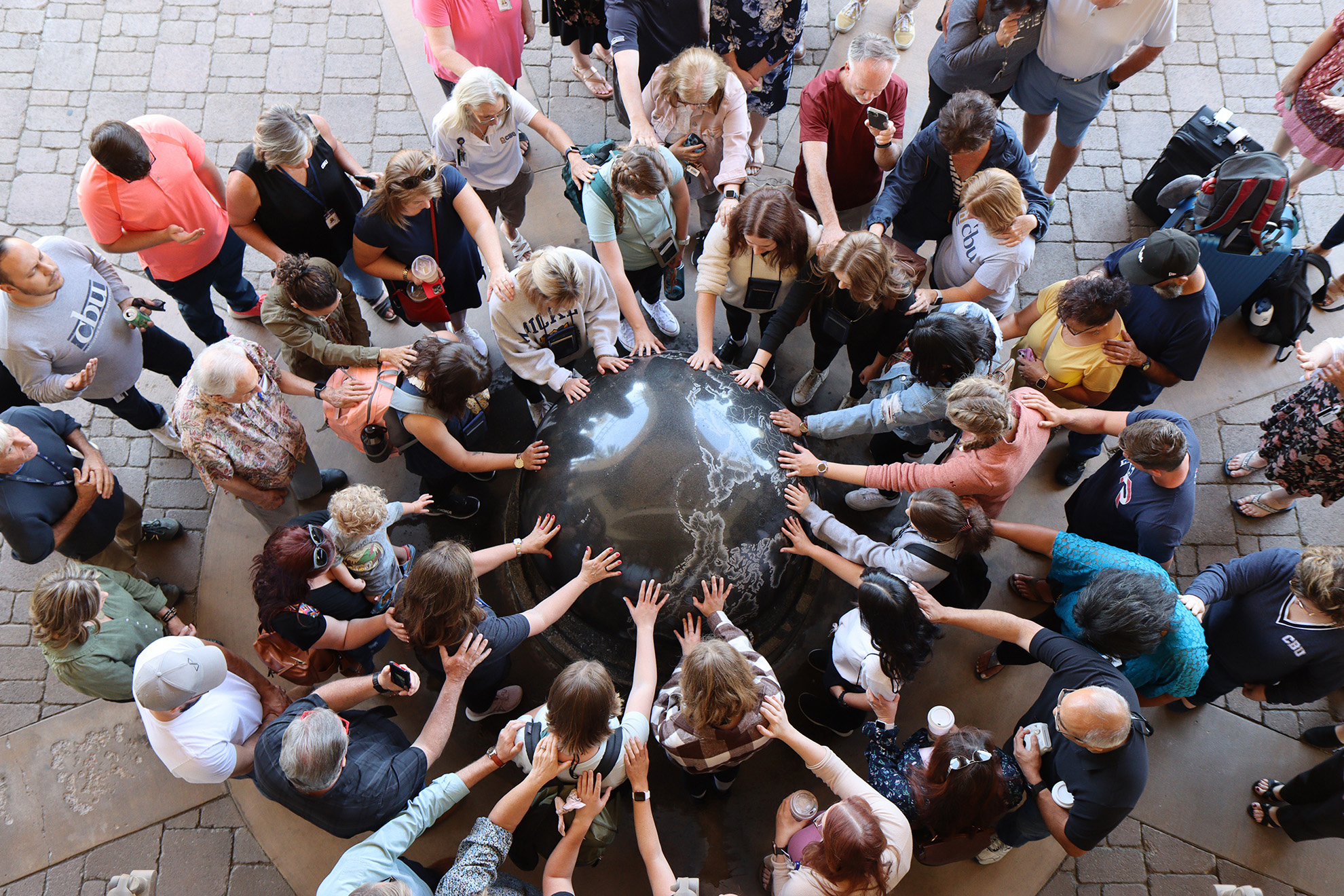 This summer, more than 140 participants comprising 16 teams will serve in 13 countries. Teams will depart from CBU until June 20 and will visit areas in Africa, Asia, Central America and Europe.

ISP was put on a two-year hiatus caused by the disruption of the COVID-19 pandemic. With travel restrictions constantly changing, teams were encouraged to be flexible as plans could alter or be cancelled with little notice.

John King, director of mobilization, spoke during a send-off of a team going to Northern Europe on May 5. The team will be working with immigrants and university students. King said leaders and students were not guaranteed international travel would happen this summer, but they felt God calling them to bring change to the world.

“They've been equipped to share the faith,” King said. “We are so grateful to God here in this moment. There are so many ways that He’s answered prayers along the way.”

Before departing, teams gather with family and friends to pray at the Kugel, a large granite globe. The base of the Kugel is inscribed with scripture from Matthew 28:19-20, symbolizing CBU’s commitment to the Great Commission.