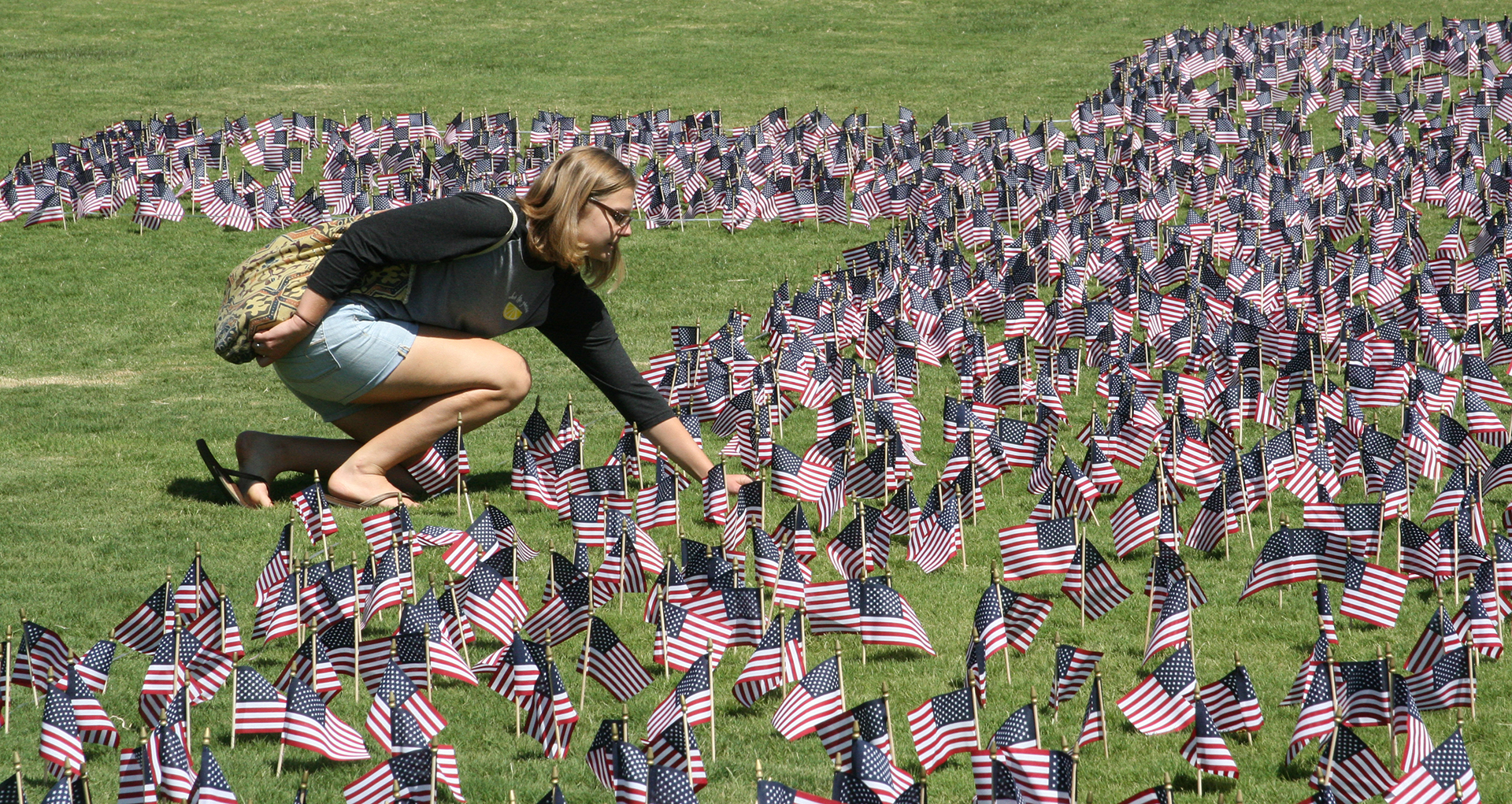 The Associated Students of California Baptist University offered an opportunity to remember and honor the 2,977 people who lost their lives. At the Stamps Courtyard, students, faculty and staff took one of 2,977 flags, one for each victim, and placed the flag in the lawn, outlining a cross.

Andrew Graff, ASCBU director of office affairs and a junior health science major, said the event gave the CBU community an opportunity to reflect on that tragic day.

“It’s important to remember because it was a big tragedy that caused a lot of sadness and confusion,” Andrew said.

James Vest, a biochemistry junior, was in second-grade at the time of the attacks. He remembers his mom hugging him when he got home from school. His sister was in New York on vacation at the time and his family was frantic until they heard from her. Vest said remembering 9/11 is important for many reasons.

“It was a time when the nation came together,” Vest said. “At that point in time, it didn’t matter what color skin you had, what faith you were … at the end of the day, we’re all Americans.”

Ken Sanford, an education adjunct professor, was teaching middle school at the time. He said it is important to remember major events that happened in the country.

“It’s got a special place in my heart to remember the people and the families [affected by the tragedy since] every year they have to remember this,” Sanford said.

Christian McCowan, a liberal studies freshman, is too young to remember the attacks, however, she felt it was important to plant a flag and pray.

“With every tragedy, you don’t want to forget those who were lost,” McCowan said. “It’s hard to imagine so much went down that day and so many lives were lost. I feel that people can feel prayer wherever they are. Hopefully my flag, whatever name it may represent, sends peace out to that family, because they are probably still dealing with that grief.”