CBU reflects on the 16th anniversary of 9/11 terrorist attacks 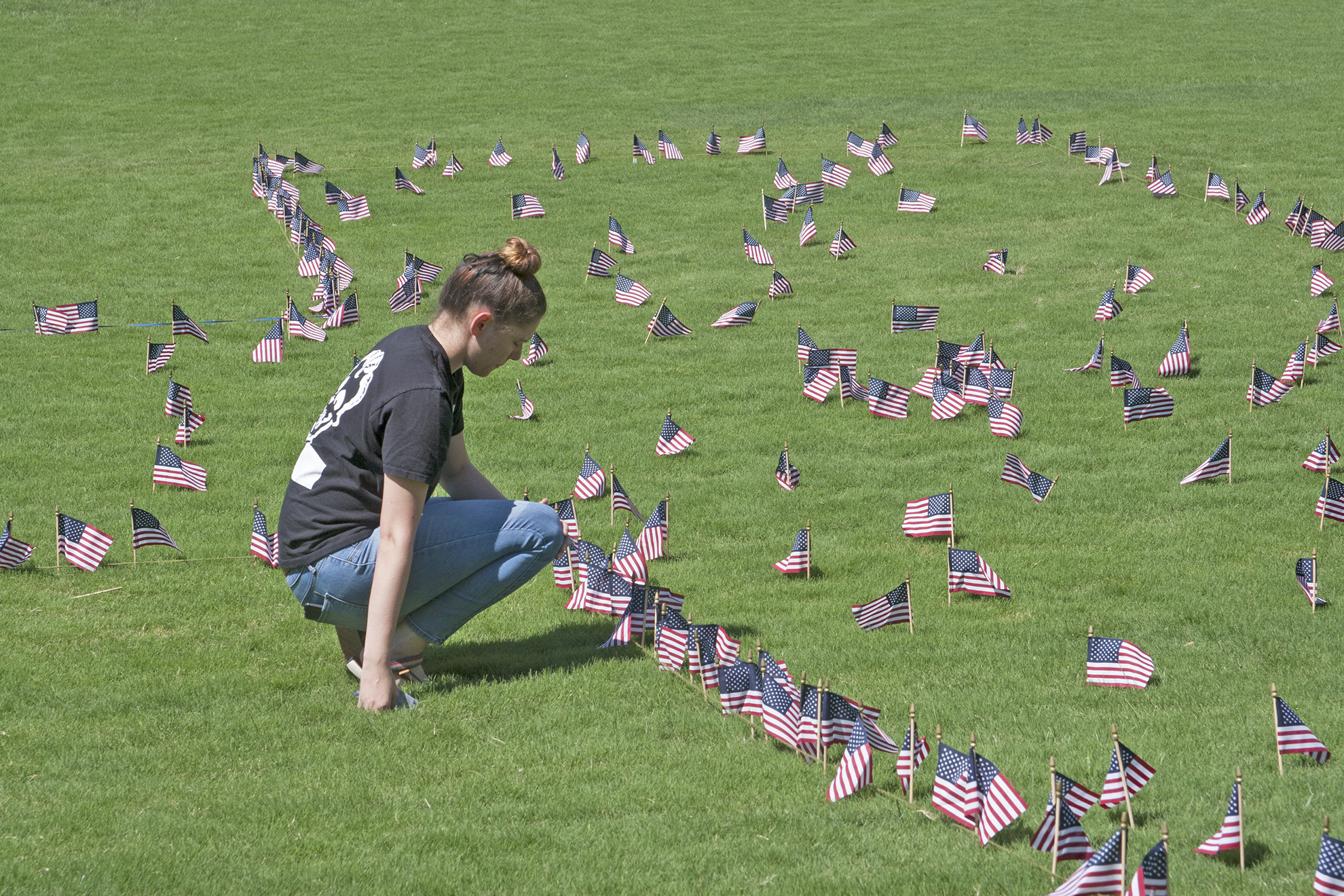 Jilliana O’Neill, an international studies sophomore at California Baptist University, places a flag at Stamps Courtyard to commemorate those who died in the 9/11 terrorist attack.

Riverside, Calif. (Sept. 12, 2017) – Students, faculty and staff at California Baptist University took time on the 16th anniversary of the collective events known as 9/11 to remember and reflect on the terrorist attacks that rocked the U.S. in 2001.

The Associated Students of California Baptist University coordinated a symbolic opportunity at Stamps Courtyard to commemorate and honor the 2,977 people who lost their lives. Throughout the day, students, faculty and staff had an opportunity to place one of 2,977 flags, one for each victim, in the lawn to form a cross. Additionally, later in the evening there was a time of prayer lead by Brian Zhuniga, director of discipleship in the Office of Spiritual Life.

Aaron Siemens, a creative writing sophomore, said it is important to remember and participate in 9/11 remembrance events.

“Things like this keep our heritage alive and why we should keep saying ‘one nation under God,’” Siemens said.

Haley Wheelon, an accounting senior, was in kindergarten when the attacks took place. She said that she remembered the event but did not understand the impact of the attacks until later in life. She added that the CBU observance was extra important to her this year since her brother is now serving in Afghanistan.

Jilliana O’Neill, an international studies sophomore, was living in her native Belarus when the attacks took place. She is now a U.S. citizen and said placing a flag was the least she could do for those family members who lost a loved one.

“They say when you forget the past you repeat it, but I think this is something that will never be forgotten,” O’Neill said. “You had all these countries coming together in support. I think there is something beautiful in seeing how, even in the darkest of times, how people can still manage to come together.”