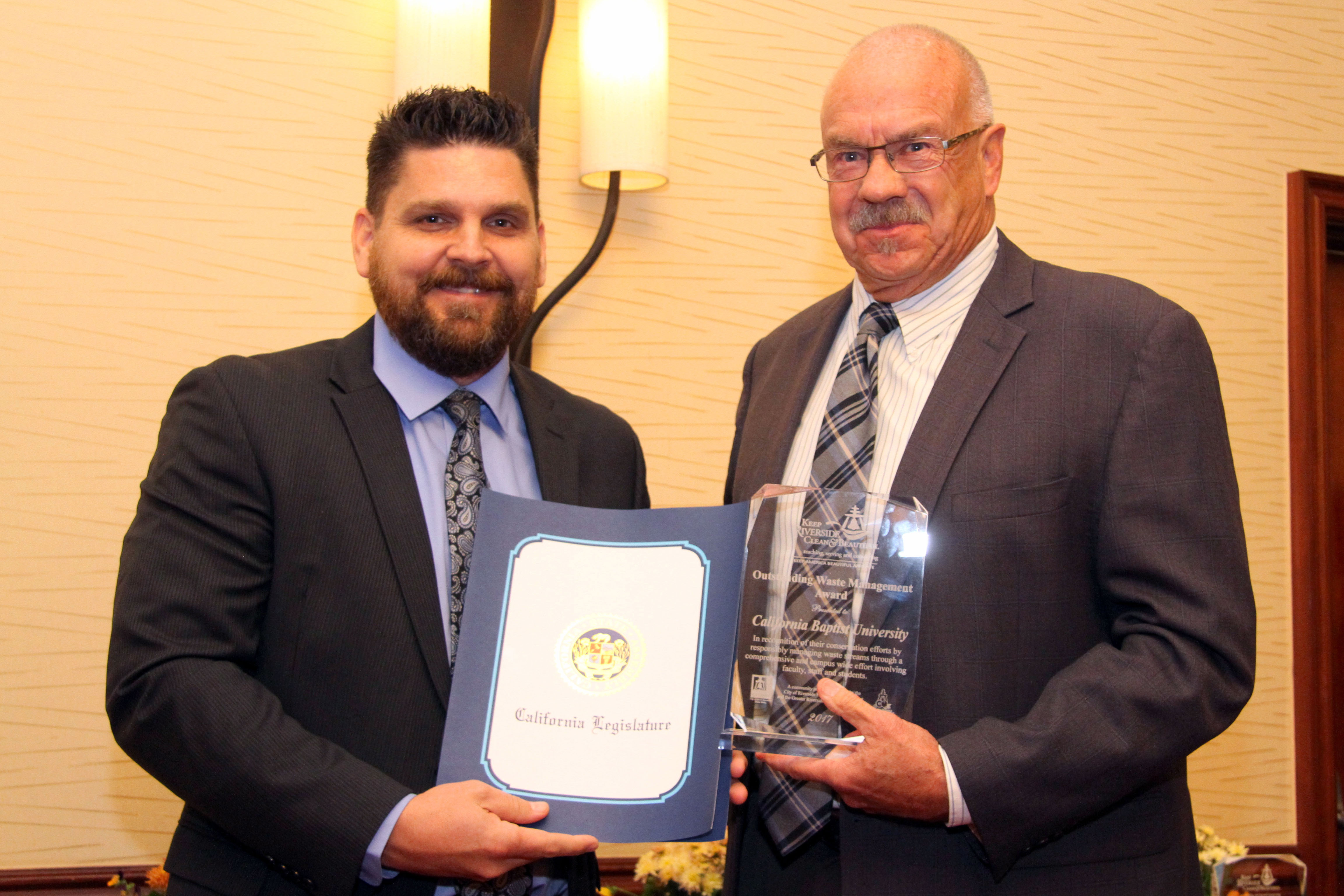 CBU received the recognition at KRCB’s community recognition luncheon on Oct. 19. Bob Ryan, chair of KRCB’s advisory board, presented the award to Steve Smith, director of Planning and Facilities Services, who accepted the accolade on behalf of the university. CBU earned the award for its efforts to manage waste responsibly. CBU also received the award in 2011.

“We want to be good stewards of the environment,” Smith said. “We, each one of us individually and corporately, should be shining stars in that area—custodians of our environment.”

Burrtec Waste Industries nominated CBU for the award. The nomination letter indicates: “CBU's sustained leadership in development and implementation of waste reduction programs and initiatives demonstrates their long-term commitment to resource conservation to not only the surrounding community but to their more than 9,000 students.”

Examples of CBU’s waste management include working with contractors on building projects to identify and reduce the amount of construction and demolition waste. Additionally, CBU uses compactors at the Alumni Dining Commons and the Events Center to compress food waste and trash. The university recently began to divert pre-consumer food waste (prep food waste and unserved leftovers) into bins at four student-dining areas. The material is then distributed to a local facility for composting. CBU also uses balers to compact and bundle up excessive cardboard.

Moreover, members of the CBU community can properly dispose of trash or recycle items via the numerous landfill or recyclable bins throughout campus, said Brenda Flores, assistant director of business administration for Facilities and Planning Services.

KRCB is a community-sponsored program by the City of Riverside and the Greater Riverside Chambers of Commerce. Its mission is to foster a sense of community pride by creating partnerships that work toward the beautification of the city.