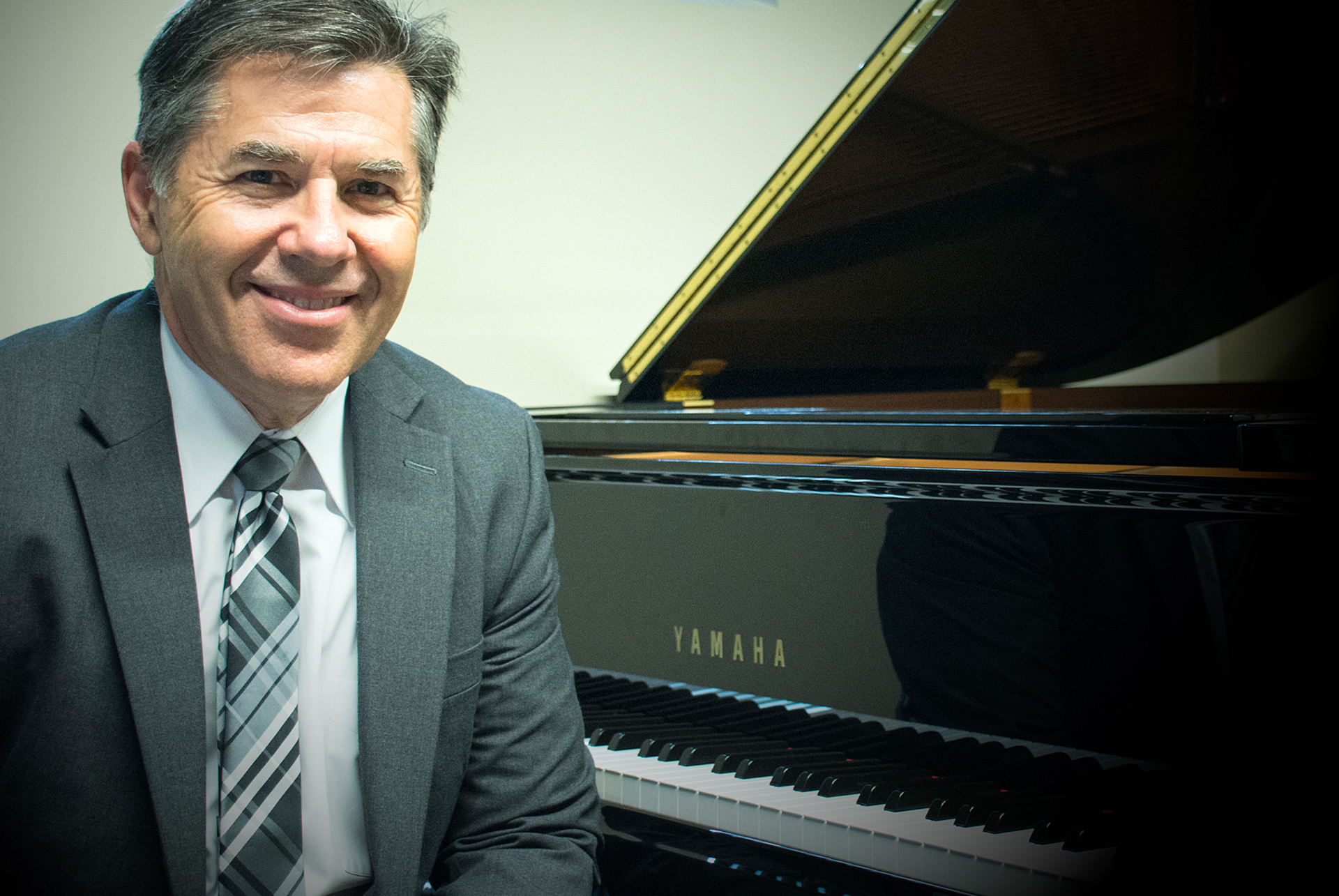 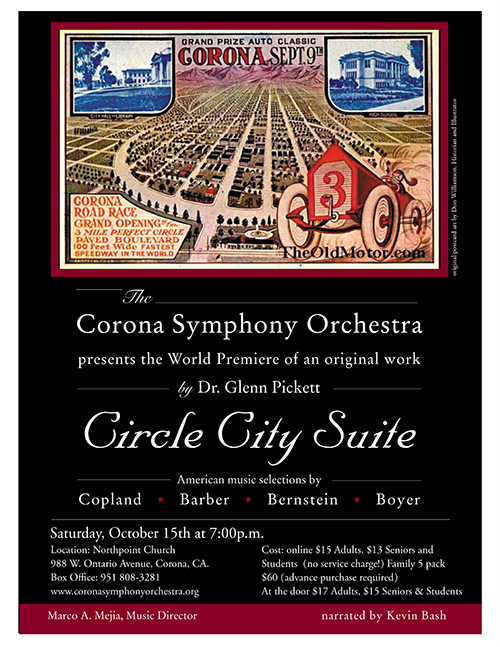 The orchestra commissioned Pickett to compose the suite—a first for both. The “Circle City Suite” concert also will include music by Leonard Bernstein, Aaron Copland and Peter Boyer, a teacher of Pickett’s when he attended Claremont Graduate University.

Pickett has heard his five-movement work of music played via a computer program numerous times, but he is excited to hear the production performed live.

“The thing that humans can do that the computer can’t do is put emotion into it,” Pickett said. “To hear 72 people interact with one another and dance with one another musically is something I’m very much looking forward to hear.”

The concert will have additional ties to CBU. Pickett composed a violin solo for Noemy Wheeler, a CBU lecturer and conductor. She is also the artistic personnel director with the Corona Orchestra.

Additionally, Marco Mejia, the conductor of the orchestra, is a CBU music graduate (’06).

Pickett said Mejia has a “go-for-it mentality” that he trusts.

“Marco approaches music in an entrepreneurial spirit,” Pickett said. “It was his idea to do the Peter Boyer [combination]. That’s kind of cool, to have the teacher’s work and then the student’s work together.”

Mejia is looking forward to conducting the piece and the concert, which he said will give the audience a taste of American classical music.

“Dr. Pickett’s piece at times reflects certain sections of the American musical landscape,” Mejia said about Pickett’s score. “To have someone in your university writing such caliber of music is wonderful.”

Pickett is thankful for his musical talents.

“I’m deeply grateful to the Lord to be working in academia, particularly CBU, where I’m encouraged to write…and to have the chance to model and walk in front my students and say here’s what a writer does,” Pickett said.

Corona Symphony Orchestra presents “Circle City Suite” to open its ninth season. The concert is will be at on Oct. 15 at 7:00 p.m., at Northpoint Church, 988 W. Ontario Ave., Corona, California.

For more information, go to www.coronasymphonyorchestra.org/.