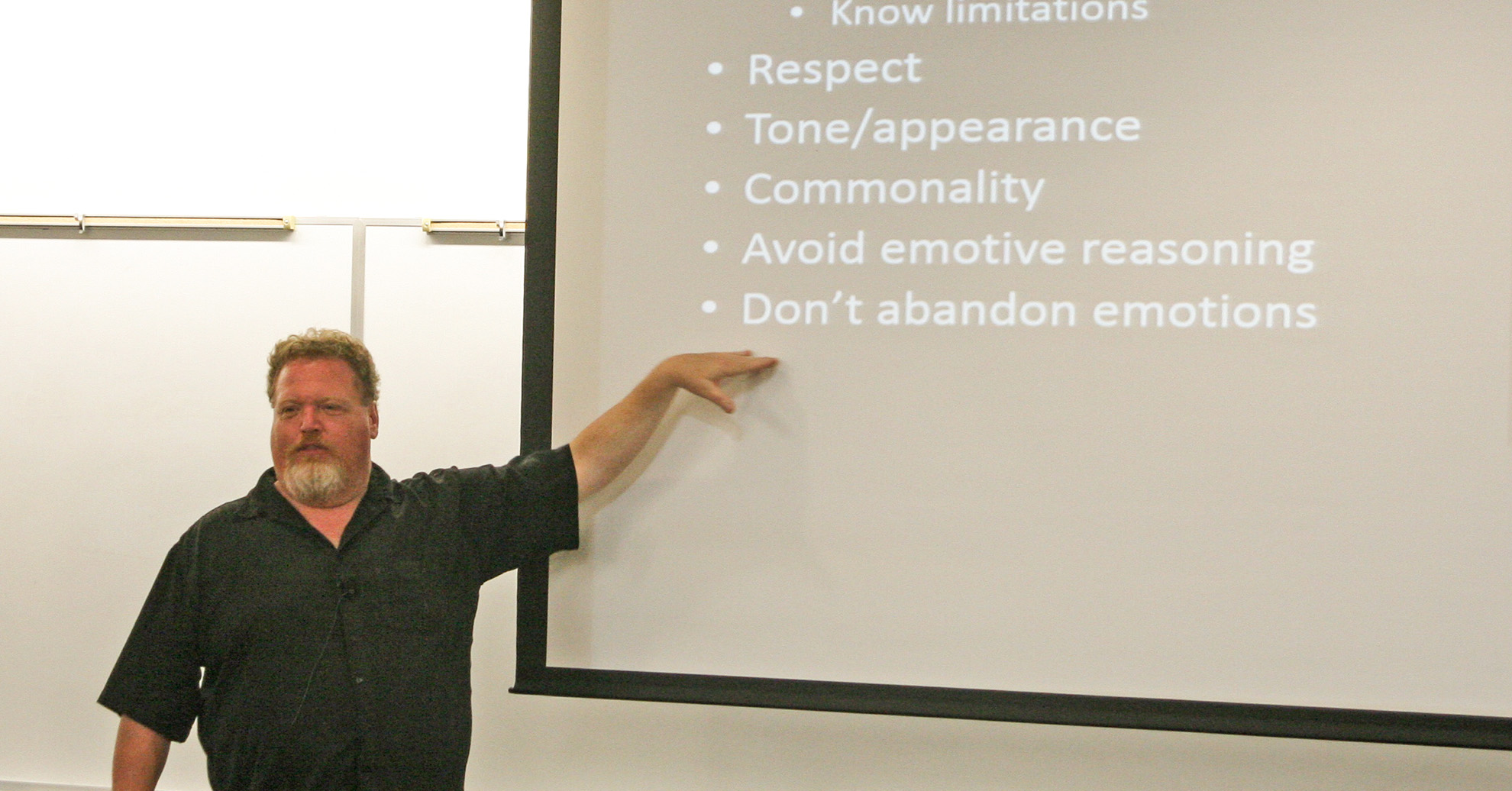 Riverside, Calif. (Nov. 14, 2017) – Dr. Troy Hinrichs, professor of criminal justice at California Baptist University, spoke on “remaining civil in an uncivil society” on Nov. 13 at the Leadership Seminar Series. The series is hosted by the Bonnie G. Metcalf School of Education.

Hinrichs said he hears a lot that these are some of the “most uncivil of times.”

“Everybody is yelling and everybody is tweeting. There are tweet storms and real storms. This must be the worst of times,” Hinrichs said.

“It’s very easy to be uncivil when you hide behind something, whether it’s a social platform or a mask or an ideology,” Hinrichs added. “In the age of Twitter, I think we see and hear more of the people’s inner monologues than we probably care to see and hear.”

But Hinrichs said he does not view today’s society as the “most uncivil of times” and said people need to know history. He elaborated: during the Revolutionary period, taxmen were tarred and feathered; congressmen got into physical altercations; political cartoons attacked people; elected presidents did not always win the majority of the popular vote; outgoing presidents refused to attend their successor’s inauguration; and the Civil War left 623,000 dead.

There have always been times of incivility, Hinrichs said, but there are ways to lessen the incivility today. One step is understanding the difference between tolerance and acceptance.

“Tolerance doesn’t mean accepting the truth of another’s moral precepts, it just means listening to what they say, accepting that they are sincere about it and they may not have ill will or bad motives,” Hinrichs said.

Another way is to avoid self-righteousness, Hinrichs said, quoting Ephesians 2:8: “For by grace you have been saved through faith; and that not of yourselves, it is the gift of God” (NASB).

“From a Christian standpoint, this should flavor all of our conversations,” Hinrichs said. “We’re not better than everybody else.”

Other tips for civility Hinrichs offered included being respectful, watching one’s tone during dialogue, in addition to being willing to disengage from an unruly conversation.

“If each of us does our own part in terms of civil discourse, whether it’s online or in person, we will have less uncivil times,” Hinrichs said.