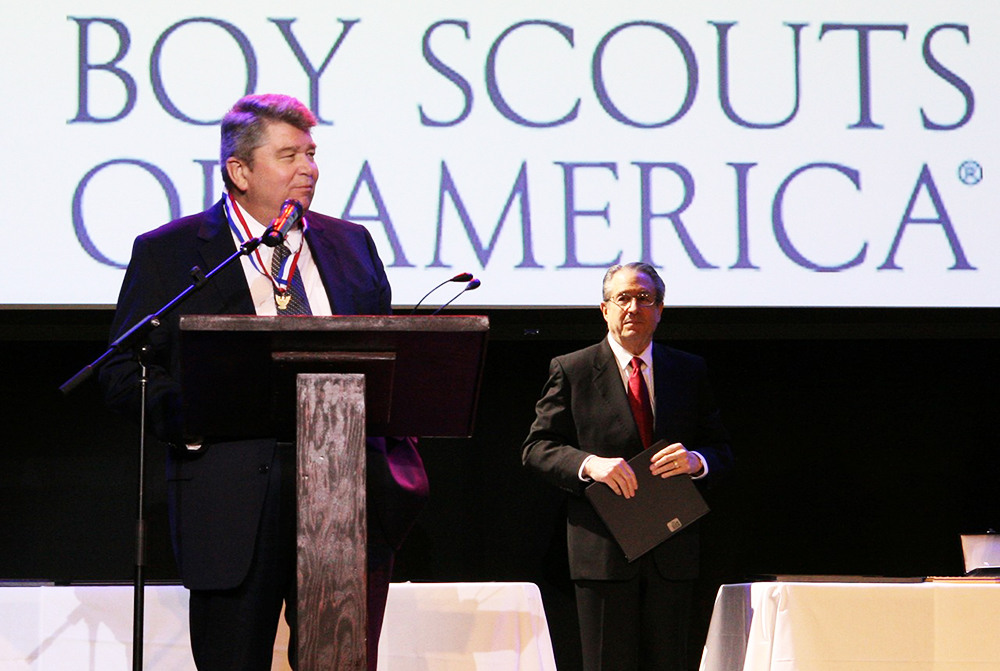 “As an Eagle Scout, [Dr. Ellis] continued to serve his community, his nation and his God, and has distinguished himself as a civic, academic, entrepreneurial and pastoral leader,” Mike Goldware, a member of the Mt. Rubidoux District Distinguished Citizen Dinner committee, said when making the special presentation.

Ellis said he was honored and humbled to receive the award.

Since becoming the fifth president of CBU in 1994, Ellis has guided the university to incredible growth across the institution’s 10 colleges and professional schools that offer more than 150 undergraduate majors, minors and concentrations. Enrollment has grown from 808 in 1994 to 10,486 in 2018. The budget has grown from $11 million to $321 million.

New construction, renovation of existing facilities and property acquisitions have dramatically transformed CBU’s campus during the Ellis presidency. Among the new buildings are the 5,050-seat Events Center and the three story, 100,000 sq. ft. Dennis and Carol Troesh Engineering Building. CBU’s first five-level parking garage is scheduled for completion in 2019.