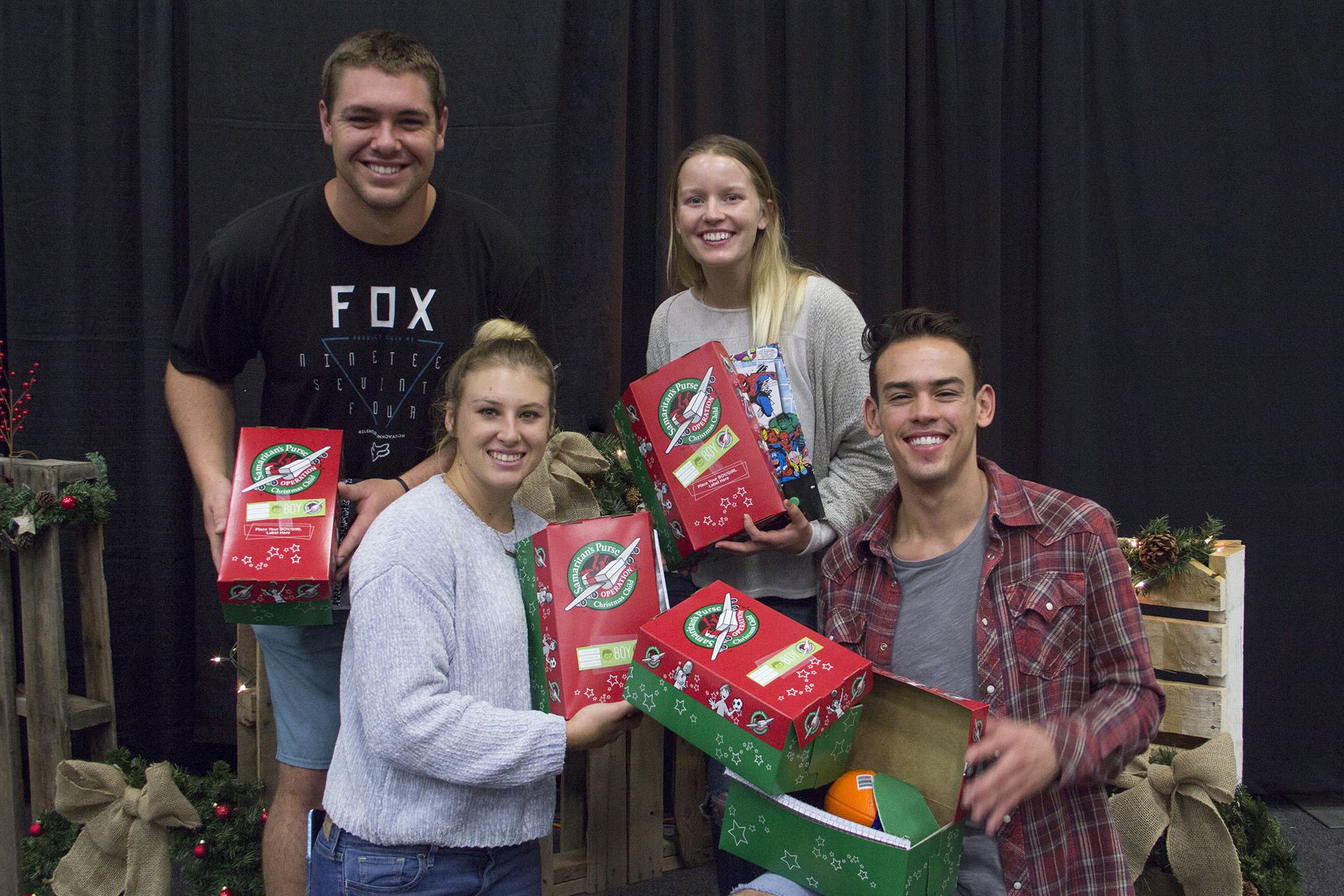 Riverside, Calif. (Nov. 10, 2017) – The spirit of Christmas arrived early at California Baptist University as students, faculty and staff—along with their families—packed more than 950 shoeboxes for Operation Christmas Child (OCC) on Nov. 9.

Christmas decorations and music filled the Van Dyne gym, creating a festive atmosphere as more than 1,000 participants filled shoeboxes with items such as hygiene products, clothes, school supplies and toys. Volunteers also had the opportunity to write a special message on a card for the child recipient.

Packing boxes is an opportunity to serve others in a personal way, said Julie Dobbins, director of compassion ministries and women's ministries at CBU.

“It’s one of my favorite events of the year because it is the biggest way for us to get the whole CBU Family involved,” Dobbins said. “I love when staff and faculty bring their kids. You hear the parents talking to their kids about how ‘this isn’t a gift for us, this is something we want to give to other people.’”

“I really enjoy giving back. The feeling to give to those in need is very fulfilling,” Iannone said. “It makes me feel like I’m making a difference even if it’s just in a small way.”

OCC is a project of Samaritan’s Purse, an evangelical Christian organization, which has delivered more than 146 million gift-filled shoeboxes to more than 150 countries and territories since 1993. The gifts are delivered to children affected by war, poverty, natural disasters and other crises. Included with each box is a pamphlet, “The Greatest Gift,” that shares the gospel message of Jesus.

The event was a campus-wide effort, with several departments and schools providing donations for the shoeboxes. Additionally, FOCUS groups assembled the boxes and the Associated Students of CBU provided food for the event.