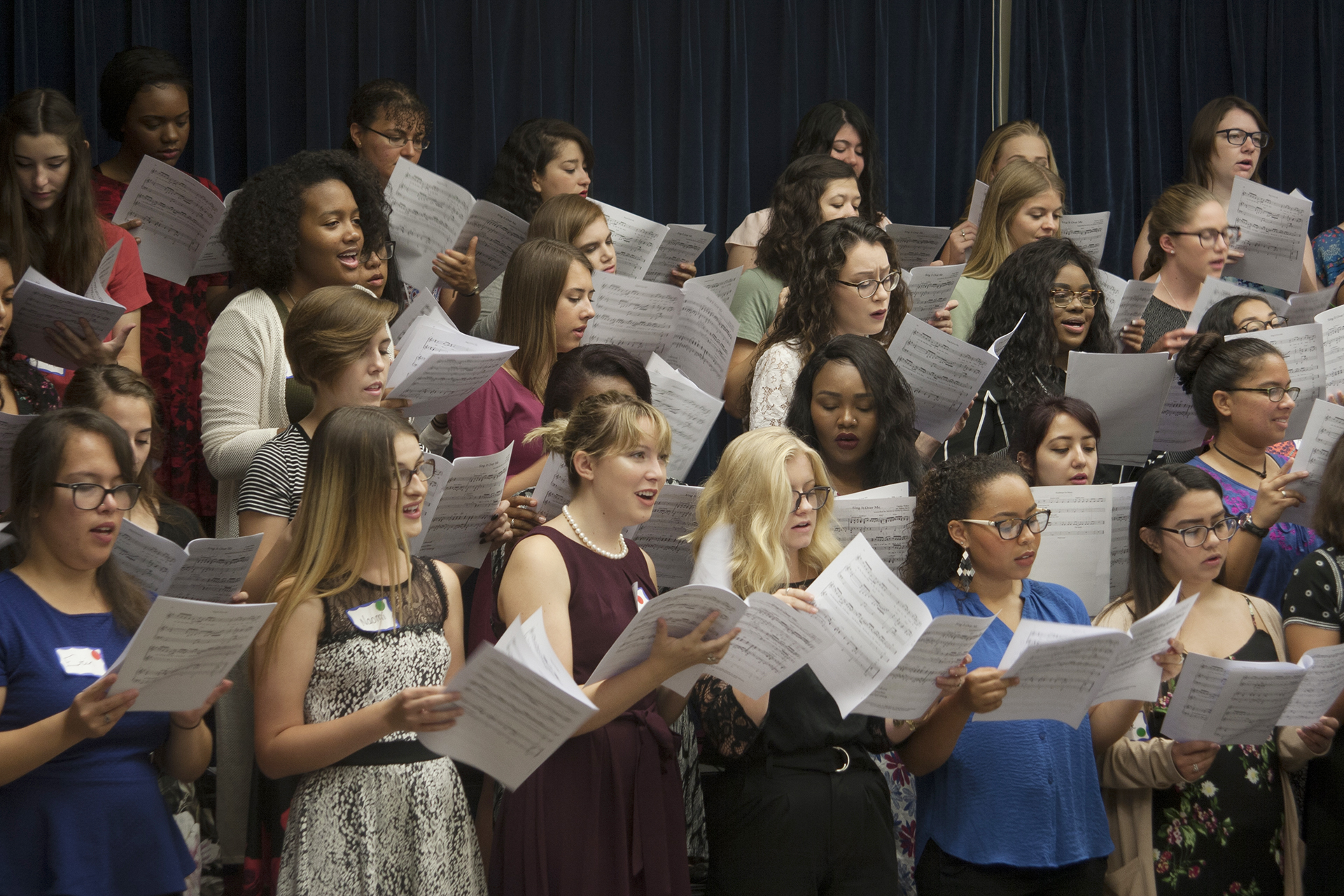 “As each conductor works with their groups, the voices begin to learn to blend together to make that beautiful, warm and sparkly tone that CBU music groups are known for,” Gilmore said. “The end goal of Rehearsal Camp is to bring together in a group what cannot be accomplished by individuals working alone.”

During the previous academic year, student groups performed more than 220 concerts. Ensembles at CBU include large groups such as the University Choir and Orchestra, with more than 150 vocalists and instrumentalists, and smaller groups such as the Jazz Band and New Song. The groups perform at a variety of venues including university campuses, community events, local high schools and churches. They also participate in multiple concert tours each spring.

Dr. Guy Holliday, assistant professor of music and director of bands, said the camp is an important part of the preparation process for musicians.

“This is a time for beginning new relationship with incoming students and renewing existing relationships with returning students,” Holliday said. “They are also learning how to carry themselves as collegiate musicians, how to consistently perform at a high level of excellence, how to follow the direction of the conductor and how to use their gifts and talents in worship to God and in service to the others.”

Morganne Warner, a freshman majoring in worship leadership, said the camp is helping her become a part of a vocal team.

“It’s going to help me understand the [different roles] and learn the songs quickly before we have an actual concert,” Warner said.

Grace Wanyama, a junior double majoring in public relations and international studies, said the camp is a rewarding experience.