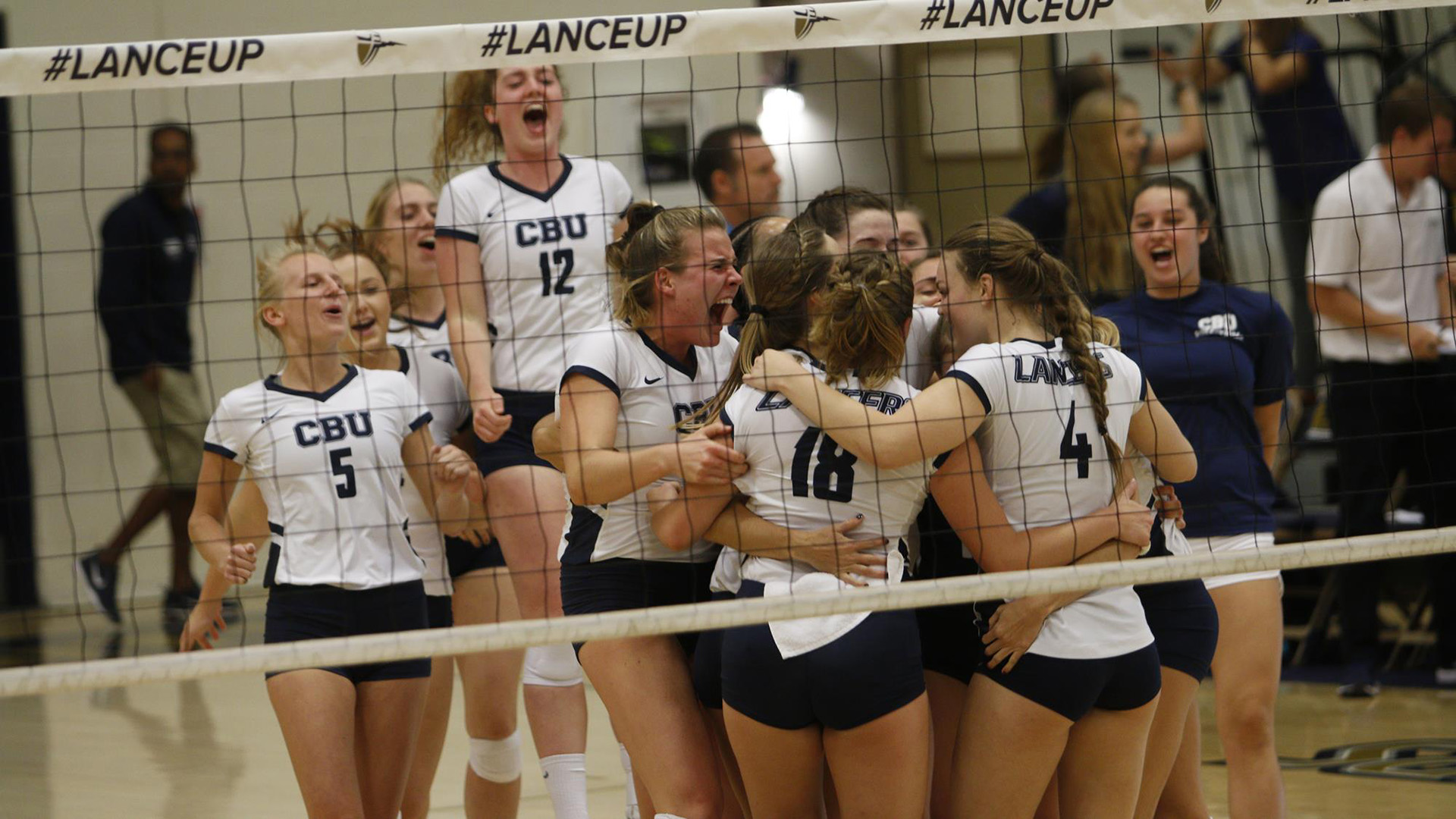 For the fourth year in a row, men’s and women’s cross-country teams swept the PacWest championships on Oct. 23. Additionally, for the first time each team produced the individual champion as well, and both teams earned the lowest team scores in program history. The women’s team went on to win the West Region Championship—a first in program history—and will advance to the NCAA Division II championship in Evansville, Indiana, on Nov. 18. The men’s squad also qualified for a trip to the D-II championship for the second time in program history.

The No. 4 nationally ranked men’s soccer squad, won its first conference championship since 2011 with its 2-1 double-overtime victory over Notre Dame de Namur University on Nov. 4. The Lancers (16-0-2, 12-0-1) advance to the D-II West Region playoffs as the No. 1 seed. They will play against the winner of California State University, Los Angeles and California State University, Dominguez Hills on Nov. 11 at 4 p.m. at CBU.

The women’s squad won the PacWest championship after a 0-0 draw that gave the Lancers the point they needed to remain ahead of second place Fresno Pacific University. CBU ends the regular season at 11-4-3, and 9-1-3 in conference play. The women squad earned its third PacWest title. The Lancers earned the No. 6 seed in the D-II West Region and will head to Bellingham, Washington to play No. 3-seeded Sonoma State University on Nov. 9.

Women’s volleyball improved to a perfect 24-0 this season with its latest 3-1 victory over Azusa Pacific University on Nov. 4. CBU needs just one more win or a Biola University loss to clinch the conference title outright. The Lancers have four more remaining games including one on the road against Biola on Nov. 11.