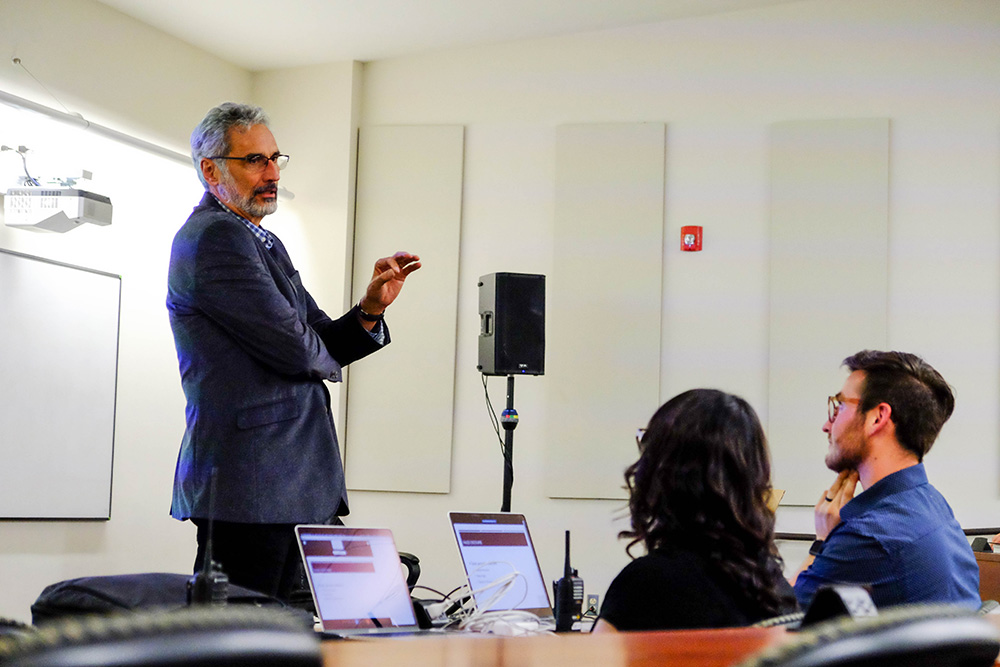 Langer spoke as part of the Leadership Seminar Series hosted by the Dr. Paul & Annie Kienel Leadership Institute at CBU. Langer is a professor of biblical and theological studies and the director of the Office for the Integration of Faith and Learning at Biola University. He is also one of the authors of the book “Winsome Persuasion,” which won the Christianity Today 2018 Book of the Year Award of Merit for Apologetics and Evangelism.

Langer said he co-authored the book, which was released in June 2017, with a sense of urgency. Langer said there is a need for Christians to understand how to communicate when there are deep differences on social issues.

“Christians can be considered counter-public, meaning that Christians may not share the prevailing views of the public,” Langer said.

Langer argues that through modern communication theories along with biblical principles, Christians can offer engagement that is meaningful and respectful.

Langer presented several examples of individuals and organizations advocating for peaceful dialogue. He highlighted the nonprofit group Better Angels that aims to reduce political polarization in the U.S.

Langer noted he is scheduled later in the month to moderate a discussion on political dialogue for Better Angels at the University of Southern California for individuals who identify as political conservatives or liberals.

“Honestly, I hear the words of Jesus say, ‘Blessed be the peacemaker.’ I just want to be a peacemaker,” Langer said. “My goal [in a conversation] is to plant a few seeds about what we can do to make things a little bit better in the times and places and situations.”