At the Alumni Awards Dinner on Friday evening, Dr. Ronald L. Ellis, CBU president, thanked the alumni audience for returning to campus and for all the support the university has received from them throughout the years. 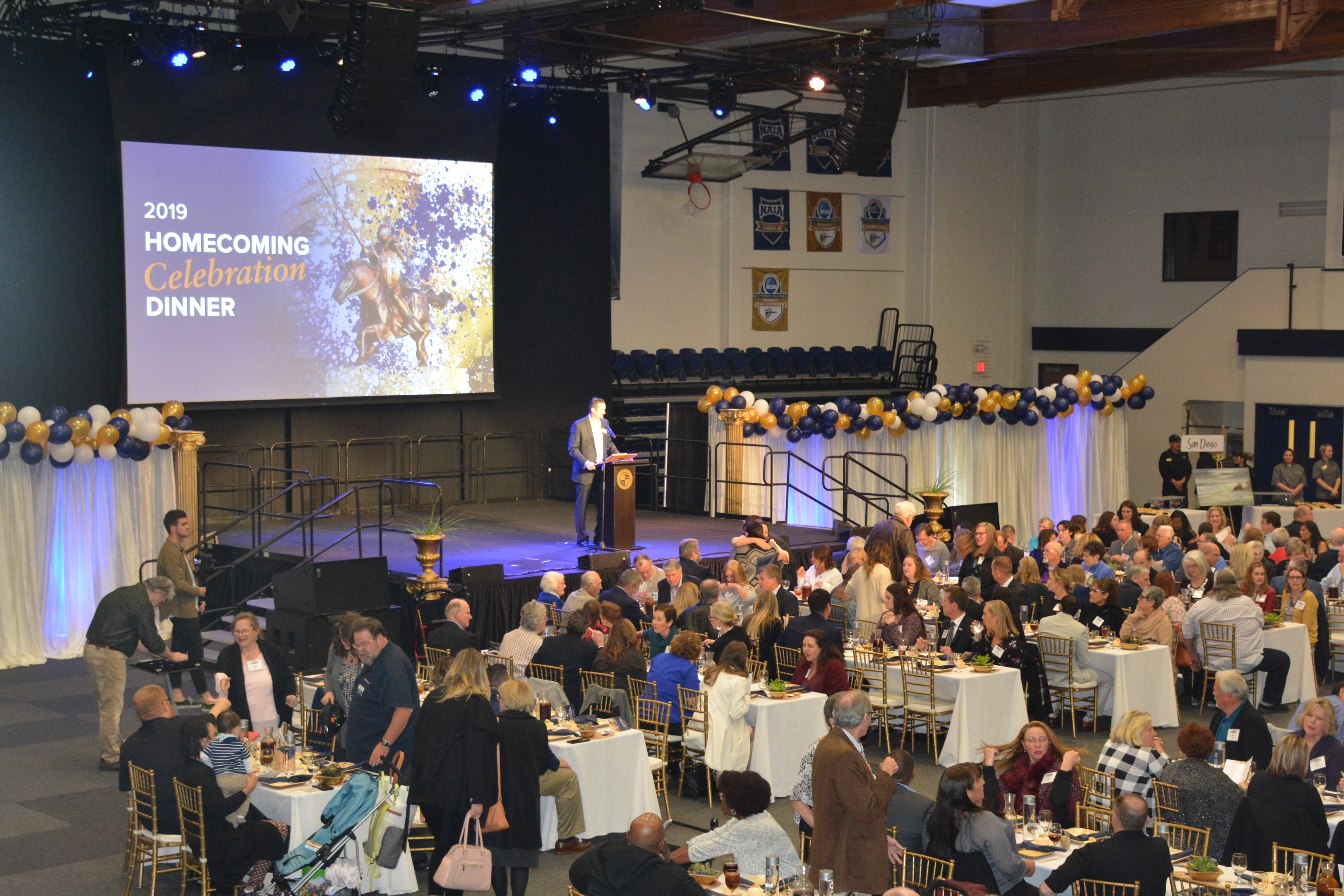 On Saturday, the festivities included 50-, 25- and 10-year class reunions.

Jim Rhodes, who participated in the 50-year reunion, said the growth at CBU was impressive.

“The change in the school has been kind of amazing,” Rhodes said. “It’s been exciting coming back and looking around after all these years. I haven’t really been here since ’73.”

Vi Estel graduated from CBU in 1964 and worked as the library’s archivist from 2004 until she retired in 2017. She said CBU has been an integral part of her life. Both of Estel’s sons attended CBU in the ’80s and she hopes her grandchildren will become Lancers one day. 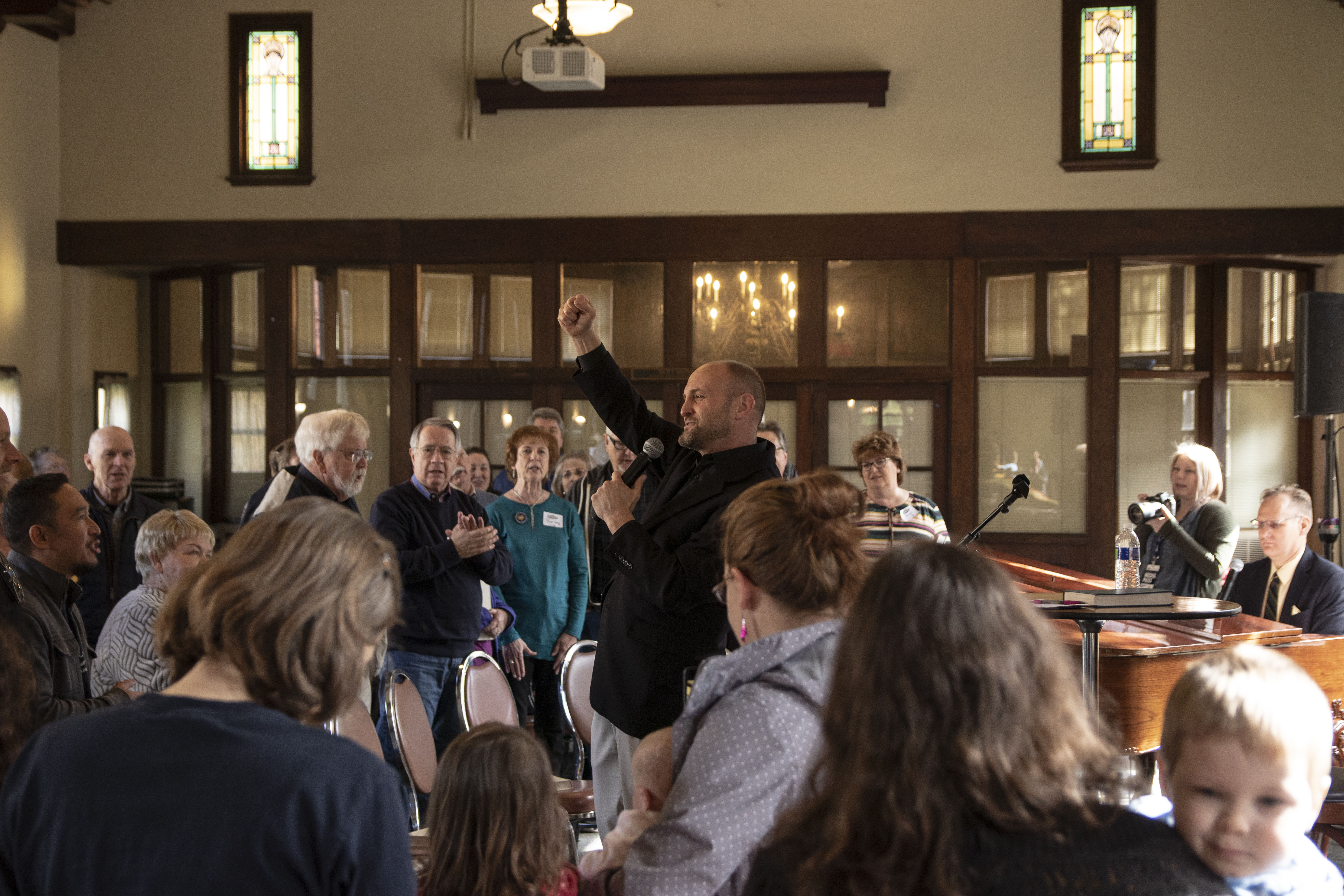 New to homecoming this year was the addition of a Hymn Sing held in the Staples Room.  Dr. Joseph Bolin, dean of the Shelby and Ferne Collingsworth School of Music, led the worship event, conducting the audience in hymns such as “Victory in Jesus,” “The Old Rugged Cross” and “Blessed Assurance.”

Ted Campbell, a graduate from 1962, said the Hymn Sing was a good option for alumni.

“The location was a good choice too, because I’m sure a lot of the people in this audience can remember using this place as a chapel location,” Campbell said.

Campbell noted that he and many of his classmates first met their spouses in the Staples Room, adding to its sentimental value. 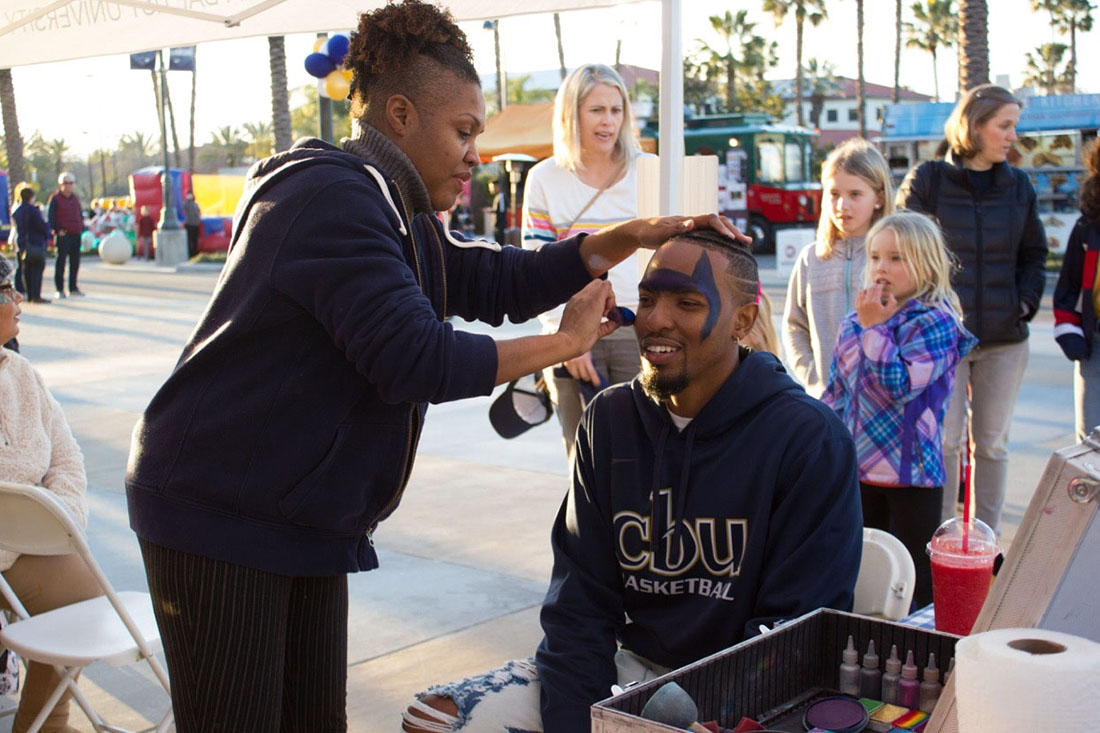 On Saturday evening the focus of festivities switched outdoors for a men’s basketball pregame party that featured games, activities and food for event goers leading up to the game’s tip-off. 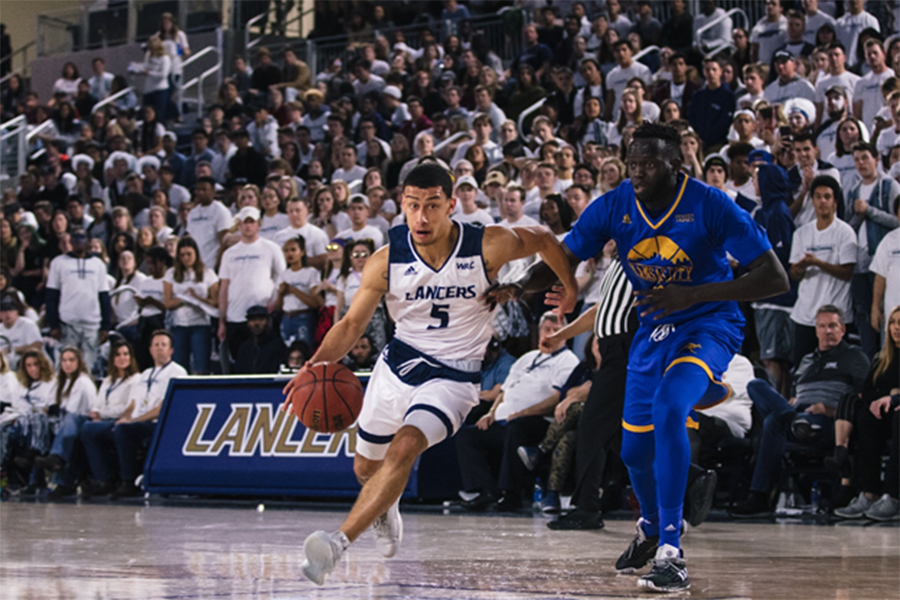 The CBU Lancers secured a hard-fought 70-60 victory over University of Missouri-Kansas City in front of 4,813 fans. CBU marked its third consecutive win in Western Athletic Conference (WAC) action and improved to 13-10 overall and 5-5 in WAC play.