CBU welcomes hundreds of students from around the globe 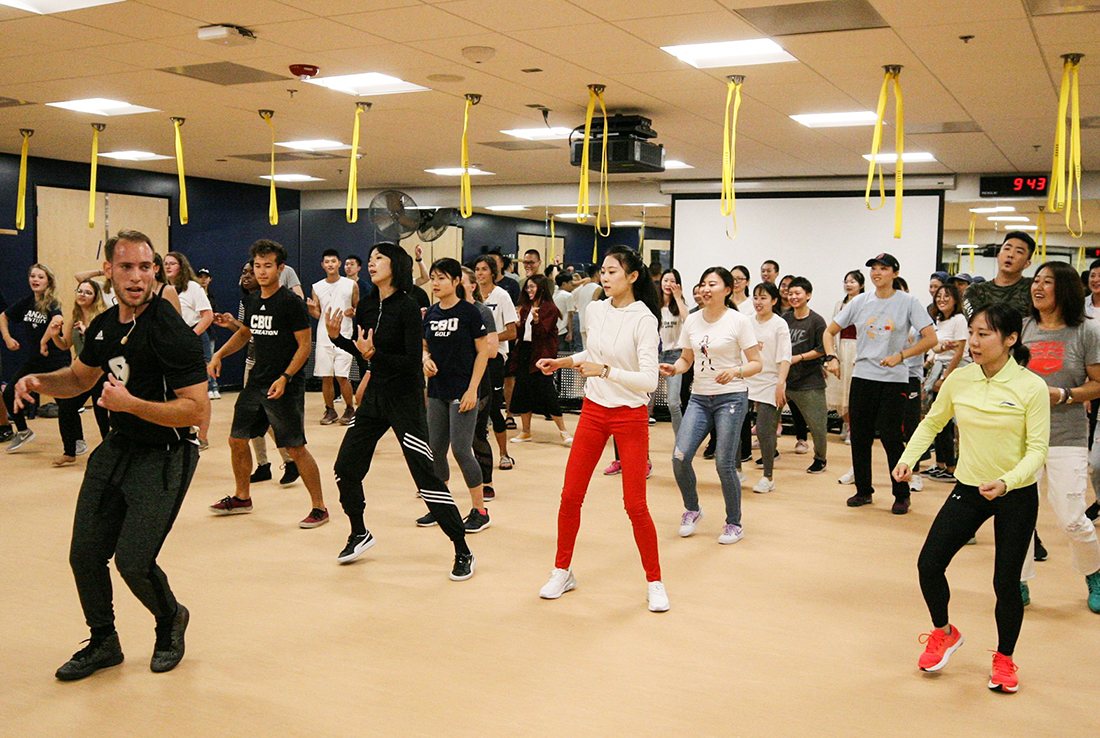 International students at California Baptist University participate in an exercise class at the Recreation Center as part of their international orientation on Aug. 29.

Shellyn Beltran, assistant director of international student services, said the various orientation sessions are opportunities to help students with their transition to life at CBU.

“Orientation will cover topics such as culture shock,” Beltran said. “We have them meet with different offices around campus, so they can know what resources are out there.”

Sessions will cover CBU policies and immigration regulations for students. Students also learn about physical and mental health resources offered at the Recreation Center and the Counseling Center, respectively. Additionally, during orientation, students have social outings, starting with a barbecue dinner and then trips to a minor league baseball game and the beach.

Shail Dave, a kinesiology freshman from India, heard about CBU from friends who had attended the university.

“I am looking forward to focusing on my studies and the cultural events that happen here on campus. I’m eager to join them,” Dave said.

Danprng Gao, a graduate nursing student from China, said she wants to learn more about the U.S. and improve in her field of study.

“I wanted to be able to study here at CBU because it is in the U.S., and it’s an amazing opportunity for me,” Gao said.

“It takes extra effort and extra patience to build those relationships because there is a cultural difference and sometimes there is a language barrier,” Shelton said. “Once you do make friends with an international student, it is really valuable because you get to learn so much and experience so many new things.”