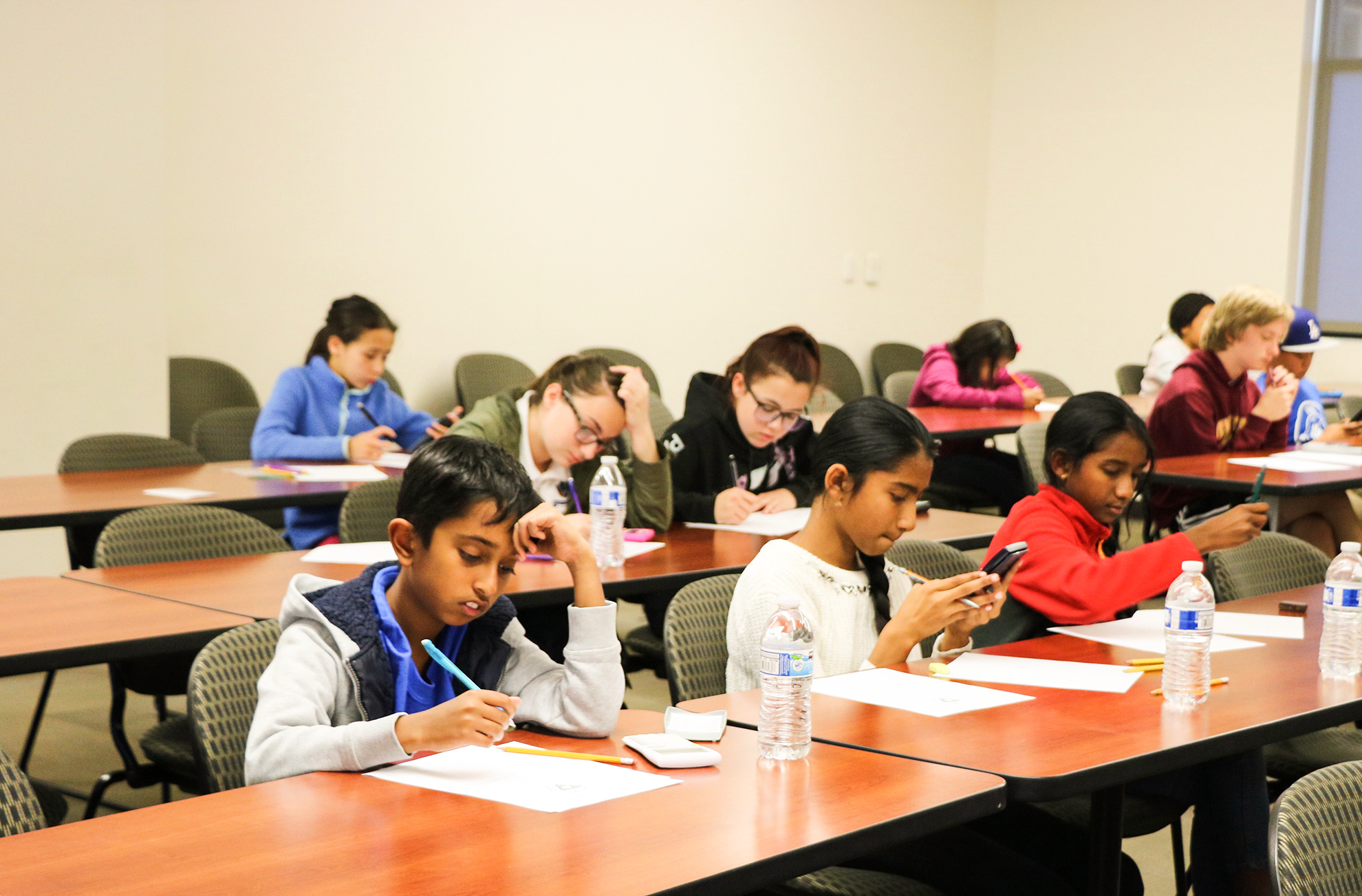 Riverside, Calif. (Feb. 19, 2018) – More than 150 middle school students from the Riverside and San Bernardino counties gathered at California Baptist University to compete in the regional MATHCOUNTS competition on Feb. 17.

The Gordon and Jill Bourns College of Engineering at CBU has hosted the competition since 2009. Approximately 50 engineering students at CBU assisted in the event with registration, proctoring and grading. MATHCOUNTS holds competitions across the nation for students in grades 6–8. Students can compete as individuals or on teams to solve various math problems in a series of timed rounds.

CBU's College of Engineering awards $10,000 scholarships ($2,500 per year) to top performers if they are accepted into a CBU engineering program as a full-time student.

The top five finishers in the individual and team categories will move on to compete at a state competition. For the first time, CBU will host the Southern California MATHCOUNTS state competition on March 31.