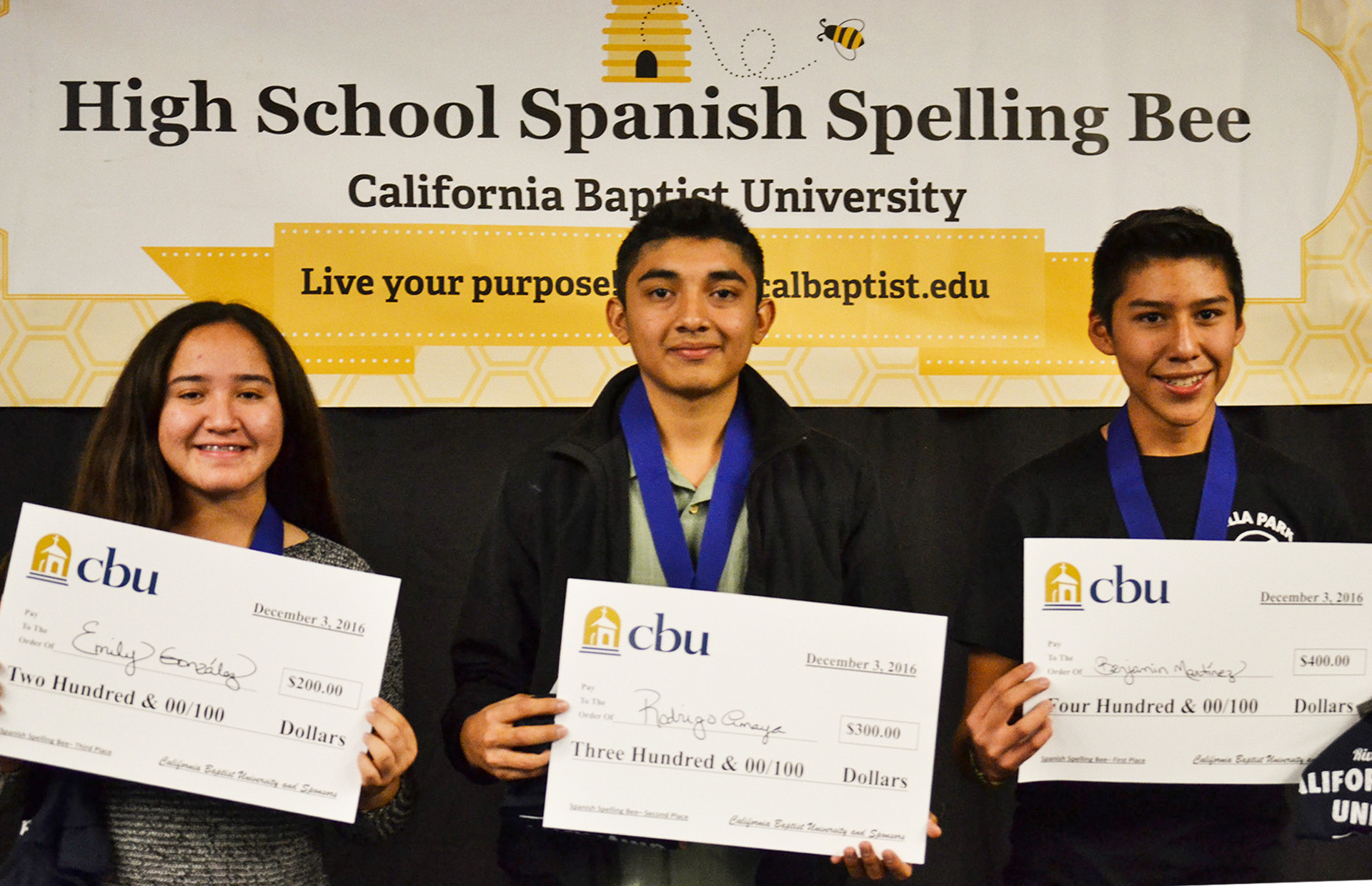 CBU’s College of Arts and Sciences and Omega Phi, the CBU chapter of the National Spanish Honor Society Sigma Delta Pi, organized the event for high schoolers in or near the Inland Empire area. Judges for the event included CBU faculty.

In the final round, students tackled words such as “machihembrar” (dovetail) and “incognoscible” (unknowable). The top three finishes in the competition received cash prizes to be used for educational expenses. In first place was Benjamin Martinez from Villa Park High School (Orange, California), who earned $400. In second place was Rodrigo Amaya from Perris High (Perris, California), who won $300. Emily Gonzalez, from La Sierra High School (Riverside), finished in third place and earned $200.

“Our motivation behind hosting the event is to showcase the Spanish language and CBU,” said Dr. Noé Ruvalcaba, assistant professor of Spanish at CBU.

“Many of our participants will be the first in their families to attend college,” Ruvalcaba observed.