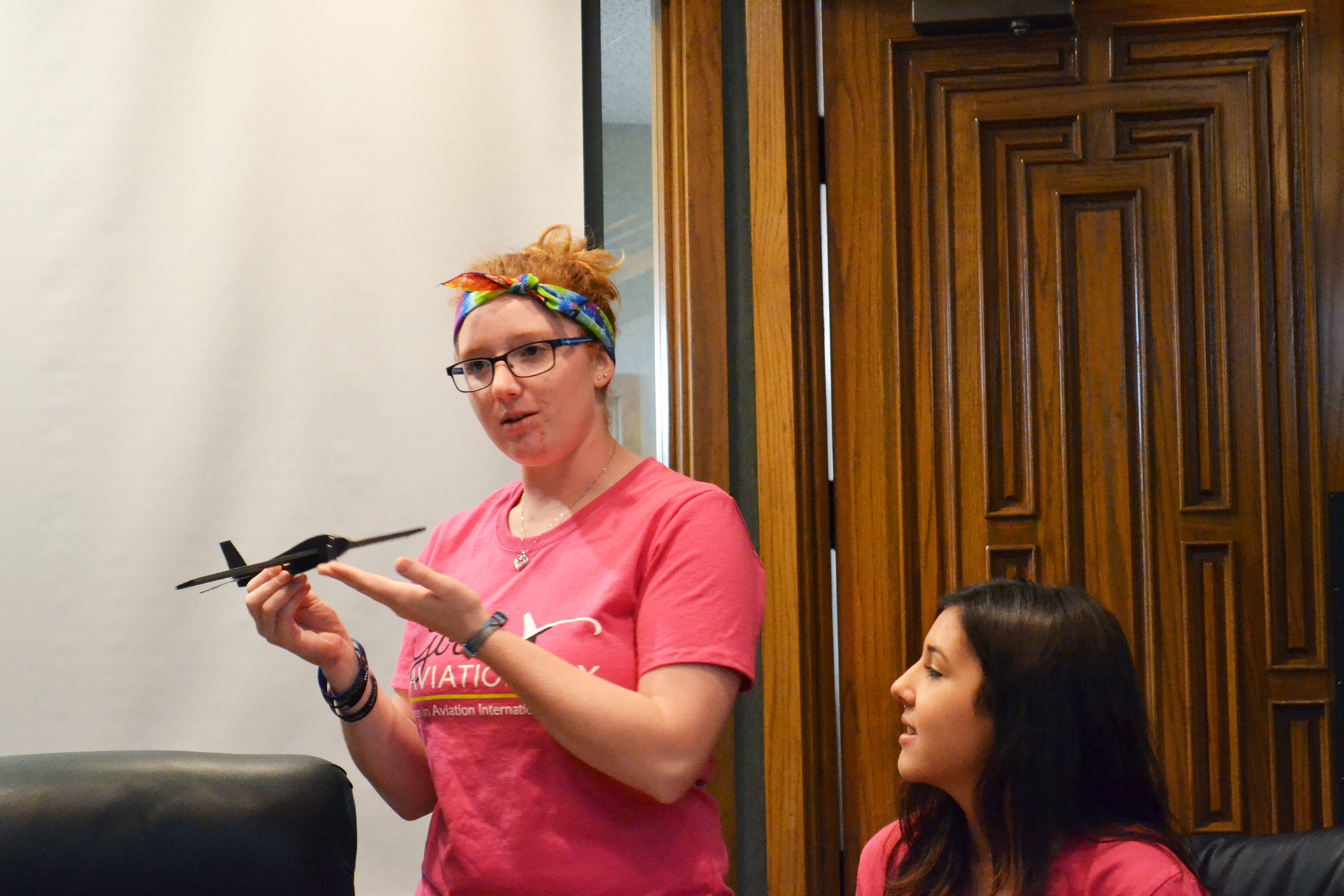 Amanda Snodgrass, an aviation flight senior at California Baptist University, gives a presentation on the concepts of flying at the “Girls in Aviation” event.

Riverside, Calif. (Sept. 26, 2016)— The Aviation Science program at California Baptist University welcomed girls who are interested in a career in aviation to its inaugural “Girls in Aviation” event on Sept. 24.

The event was held to encourage and empower women to pursue careers in the aviation industry. Hannah Maria Guajardo, Amanda Snodgrass, Lacey Schimming and Laura Walker, who are Aviation Science seniors and the founders of the Women in Aviation International Student Chapter ‘Blue Yonder’, led the event.

“I would love for these young women to walk away feeling motivated and confident in pursuing a career in aviation,” Schimming said.  “It is important for them to know how big of a support system they have behind them and that they can be successful in this industry.”

Those in attendance had the opportunity to tour the Riverside Municipal Airport’s Air Traffic Control facility and several of the Aviation Science program’s aircraft. Additionally, participants performed test landings at the flight simulator studio and attended several sessions on the concepts of flying and what it takes to be successful in the industry.

Snodgrass, and Guajardo are among four CBU students who were given conditional offers of employment by ExpressJet earlier in the year.

Guajardo, who is also a CBU flight instructor, said her career path is already lined up after graduation.

“It’s a huge relief knowing that once I meet the hour requirements for the job, I have one open for me,” she said.