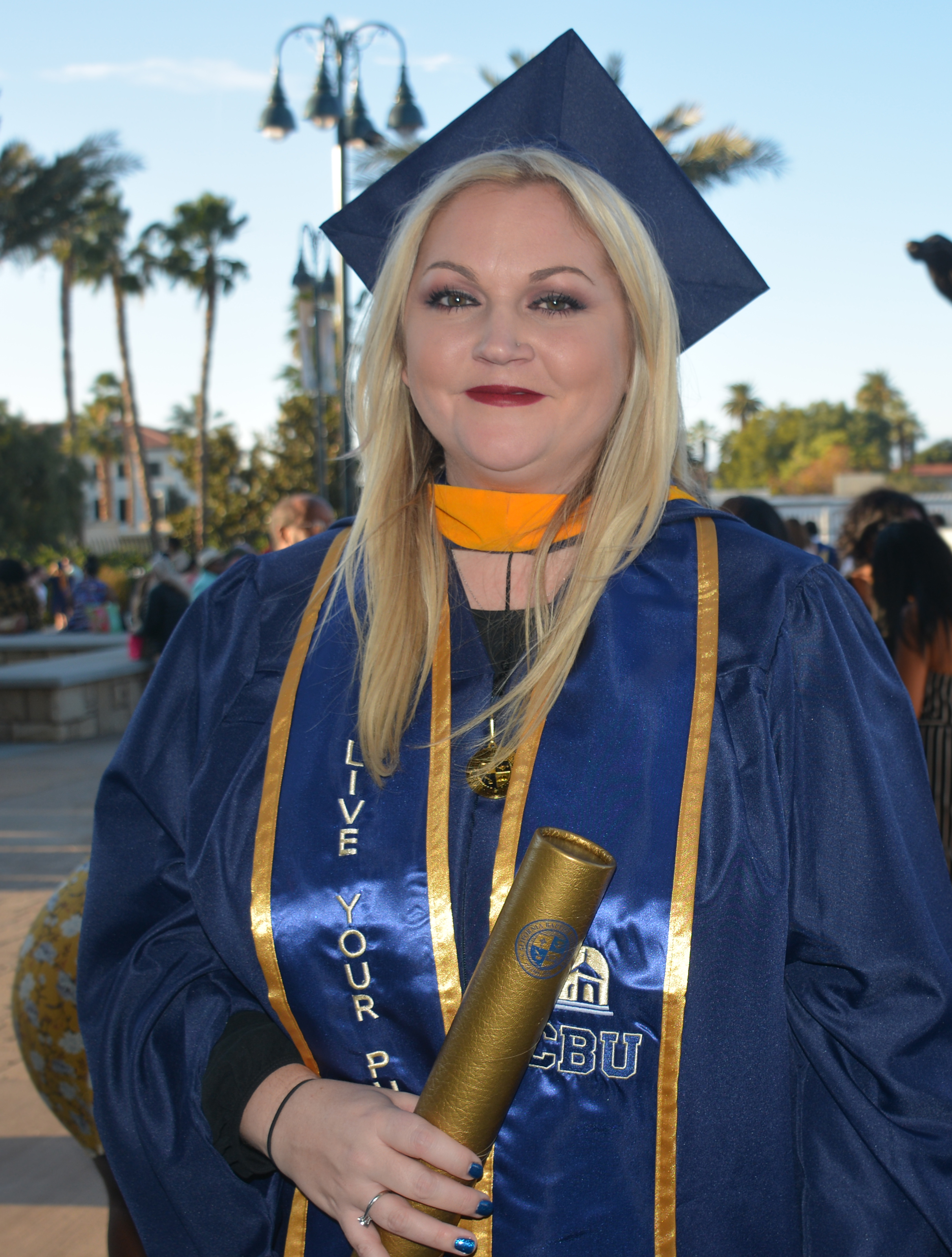 Riverside, Calif. (Dec. 15, 2017) – Jenna Johns eagerly greeted her family and friends after the Online and Professional Studies (OPS) commencement ceremony at California Baptist University on Dec. 14. Amid the radiant smiles and warm embraces, Johns sighed, took a deep breath and rubbed her eyes a bit.

It was mid-afternoon in Riverside, but back home she would still be in bed.

Johns, a newly minted Master of Counseling Psychology graduate, is a resident of London, England. But she is no stranger to CBU. Johns lived in Southern California during her undergraduate years, completing a Bachelor of Psychology degree through OPS in 2012.

After her first CBU commencement, Johns met Teo, an English national. The two married and moved to his native London. Her family jokes with her that she even picked up a British accent along the way.

Despite having moved thousands of miles from Riverside, Johns said she wanted to continue her educational journey at CBU.

“They tailor the programs online to the working adult,” Johns said. “The educational experience is amazing. I enjoy how each class is opened in prayer and how they incorporate biblical principles into the coursework.

“The instructors are down to earth and I have earned so much from them,” Johns added.  “I’ve also made many friends through the program. It was nice to get to see many of them at commencement.

Johns currently works as a therapist in London. With her new degree, she hopes to move toward a marriage and family therapist role. For the moment, however, she enjoyed being back on familiar turf.

“It was nice to have the ceremony on campus this time in the beautiful Events Center in front of so many supportive people at CBU,” Johns said.