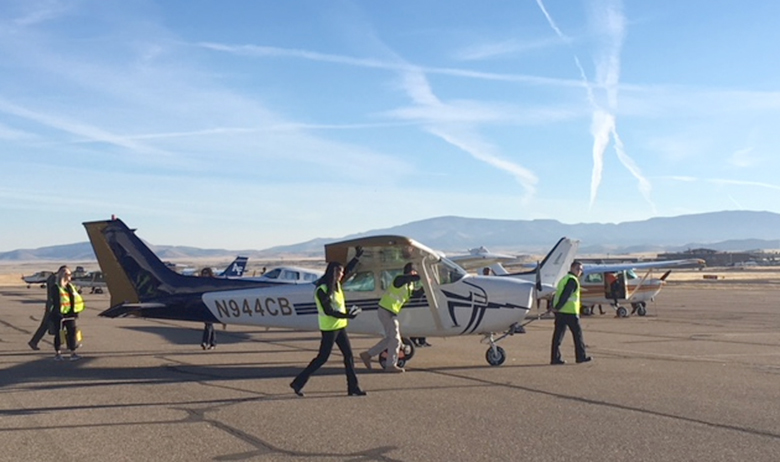 The Flying Lancers, the nickname for the team members of the Aviation Science club at CBU, were among seven college aviation programs that participated in numerous ground and flight competitive events. Christopher Yanney, Josh Shandley, Michael Lepire and Arianna Chavez made up the CBU team.

Yanney, an aviation flight sophomore, earned the Lancers’ highest mark with a third-place finish in the Instrument Precision Flight event. The CBU team placed fifth in the competition.

“I learned to embrace new challenges and found a new sense of confidence in myself as a pilot,” said Shandley, an aviation flight sophomore.

Chavez, an aviation flight senior, said the experience allowed her to gain valuable insights. She plans to share those with fellow aviation students.

“The planning is the biggest key I could ever stress to my fellow aviators,” Chavez said.

Lacey Schimming (’17), flight instructor II at CBU, competed as a CBU student in 2015. This year she was a team’s coach and she was able to prep her team from experience.

“It’s a well-rounded competition, where they’re learning to become a better and a safer pilot,” Schimming said. “Each of our students came back from the competition with a better understanding of how NIFA operates and how to improve for next year. We can only get better from here.”