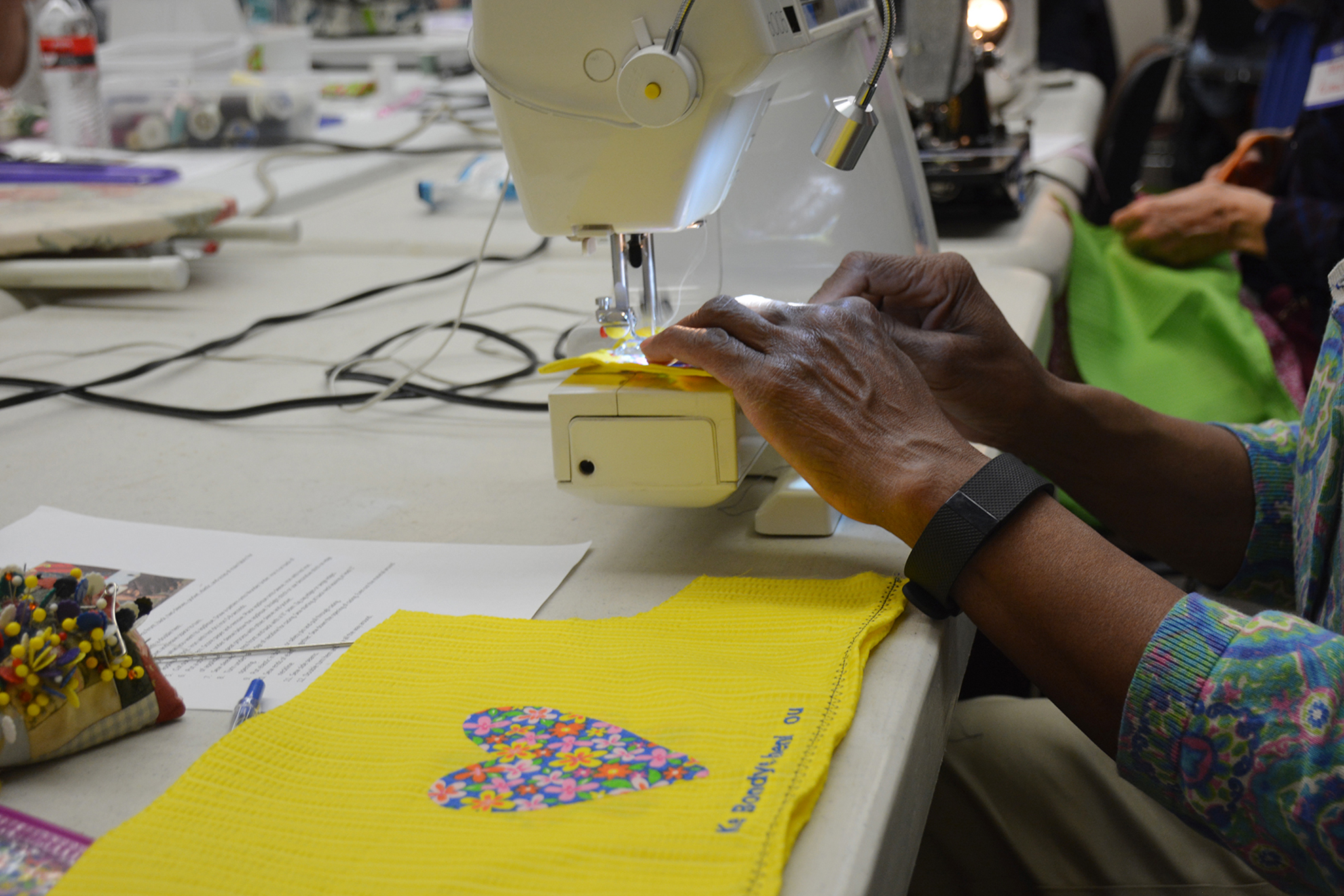 Each dress made was embroidered with the phrase “Ke Bondye beni ou,” which translates to “May God bless you” in Haitian Creole. Fifty dresses were created at the event, all of which will be shipped to Haitian ministries that will hand-deliver the gifts.

Several students and faculty from California Baptist University, along with other volunteers participated in the event called, Sewing Hope for Haiti that was held at The Grove Community church in Riverside on March 10.

Stanfield said the project’s concept was ignited when she became motived to take action after watching a news profile that featured a 98-year-old woman who said it was her goal to make dresses for girls in Africa.

“I felt a prick from God saying, ‘If this woman, at 98, can do something so magnificent, surely more can be asked of you Jan,’” Stanfield said.

Standfield started out by sewing dresses with her sister. The two would then ship their finished product to different Haitian ministries. The sewing event allowed Stanfield to work with her home church family and fellow Lancers to produce more dresses in a shorter period.

Kimille Richardson, a counseling psychology and family therapy graduate student at CBU, was one of the first to show up with her sewing machine in hand.

"I honestly feel like it’s just a complete blessing to be able to give back to someone that you don’t even know, someone that will actually benefit from something that we can take for granted,” Richardson said. “I think that a part of our many blessings is having the opportunity to give to people that are less fortunate than us.”