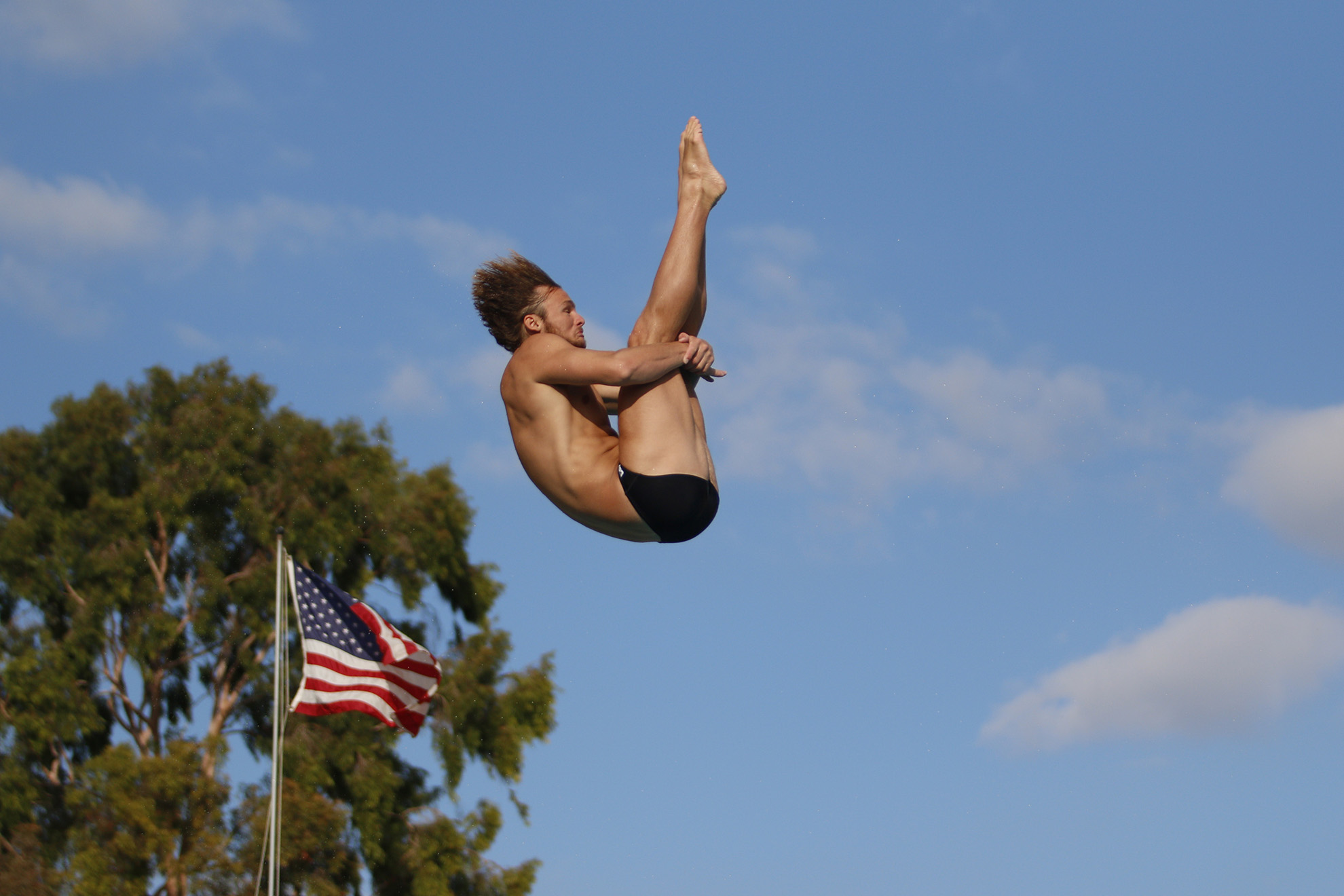 Riverside, Calif. (April 11, 2022) – Evan Honer, a business administration junior at California Baptist University, was the first male diver to sweep the competition when he did so at the 2021 Western Athletic Conference Championships. He won the 1-meter, 3-meter and platform competitions and was named WAC Men’s Diver of the Year. 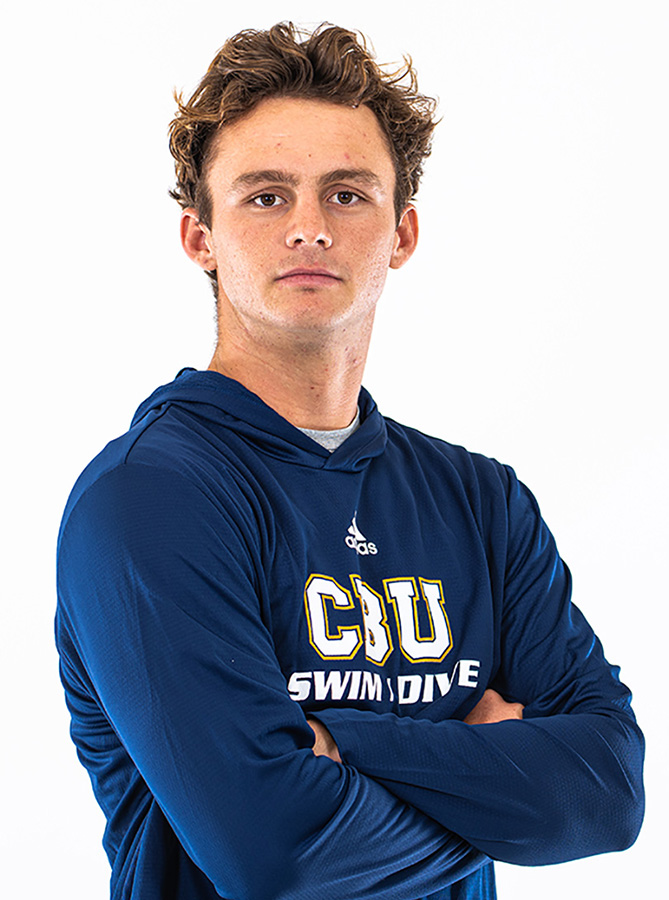 Last month Honer secured his second-straight WAC Diver of the Year award after defending his titles in the 1-meter and platform events. He broke his own record from last season with a platform score of 392.85, setting a new program and WAC Championship meet record.

He credits his success to his competitive drive and to the training he put in during the COVID-19 pandemic.

During his freshman year at CBU, the season came to a halt due to the coronavirus pandemic. With the future of practices and competitions unknown, Honer decided to use this time of uncertainty to his advantage and trained harder than ever before.

“We would have meets coming up all the time during the season and I think we all took it for granted,” Honer said.

While unable to practice with his team, Honer spent hours sharpening his skills. During the school year, he could still practice at the CBU pool. In the summer, he practiced with his club team in Arizona.

“During the year it didn’t really feel like it but looking back now it was a blessing in disguise,” Honer said. “We didn’t know if we were going to be able to compete and that made me want it even more.”

Diving is a technical sport that requires focus, concentration and attention to detail. There is little room for error, so athletes must use their time in practice wisely to clean up their dives to ensure a good score during competitions, Honer said. Athletes meet three times a week for practice and work on flexibility, weight training and plyometrics.

Honer said that hard work at practice and a positive headspace is essential for competing.

“I try not to overthink it too much because if I do, I will psych myself out,” Honer said. “I will remember the corrections I made in practice and do exactly what I know how to do, and just dive.”

Honer said the most challenging part of diving is getting past an “off” day. Instead of dwelling on mistakes made, he tries to think of what his competitors would be doing.

“I can’t slack off because that puts me back a day from the competition,” Honer said. “If you can push through those hard days, I feel like that’s where you see the most growth.”