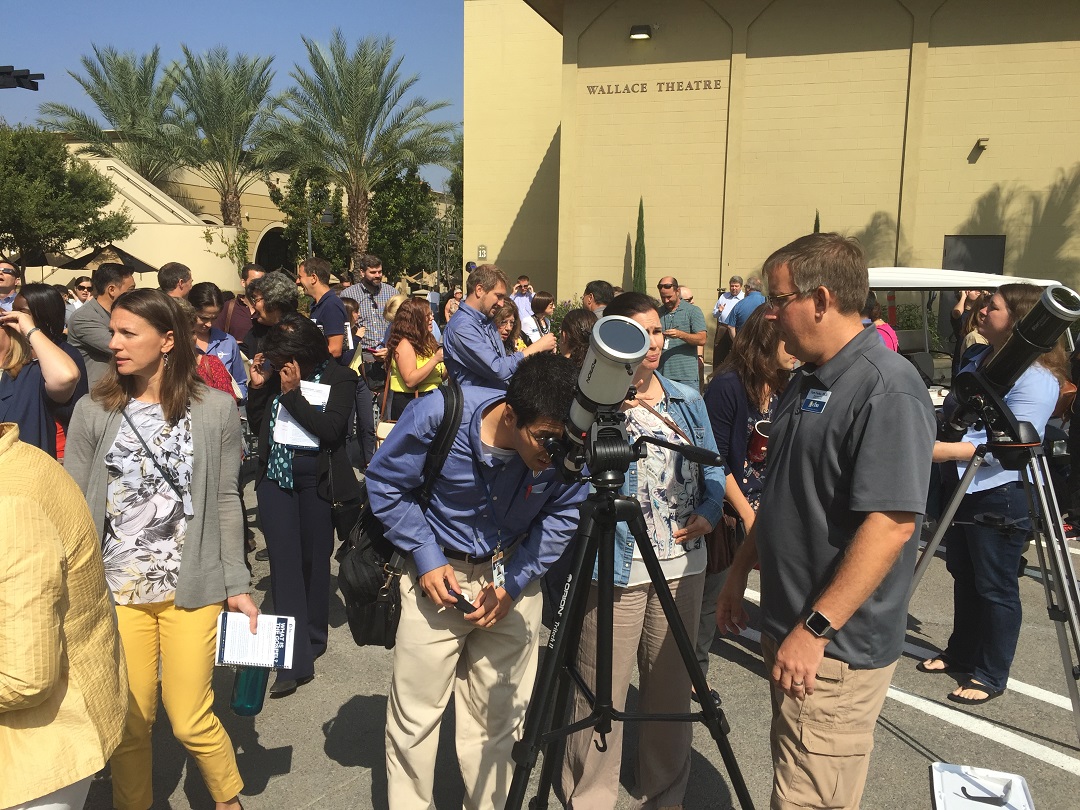 Riverside, Calif. (August 21, 2017)—California Baptist University faculty and staff members use special eyeglasses and telescopes equipped with protective filters to view a solar eclipse described as the most observed in history. While the eclipse was total in a 70-mile wide band stretching from Oregon to South Carolina, the moon obscured about 62 percent of the sun’s surface at the CBU campus in Riverside.