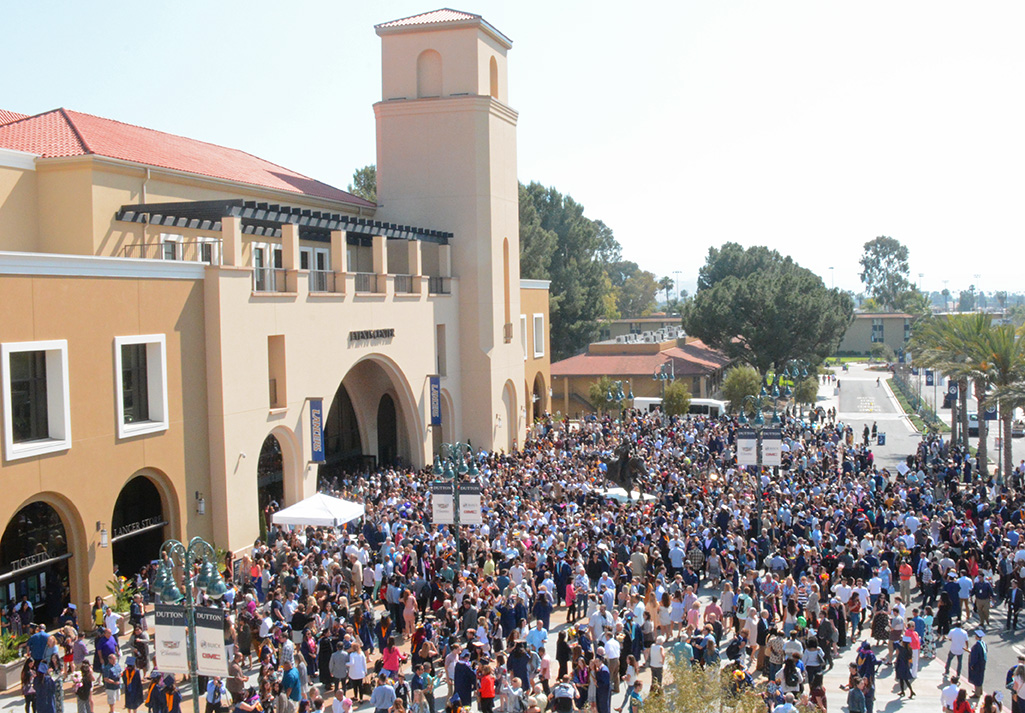 Riverside, Calif. (May 4, 2018) – California Baptist University wrapped up three days of celebration this week at the first spring commencement ceremonies held at the CBU Events Center. Students received cheers and praise in front of thousands of friends and family members at four ceremonies May 2-4.

An estimated 13,000 individuals attended the spring commencement ceremonies at CBU. 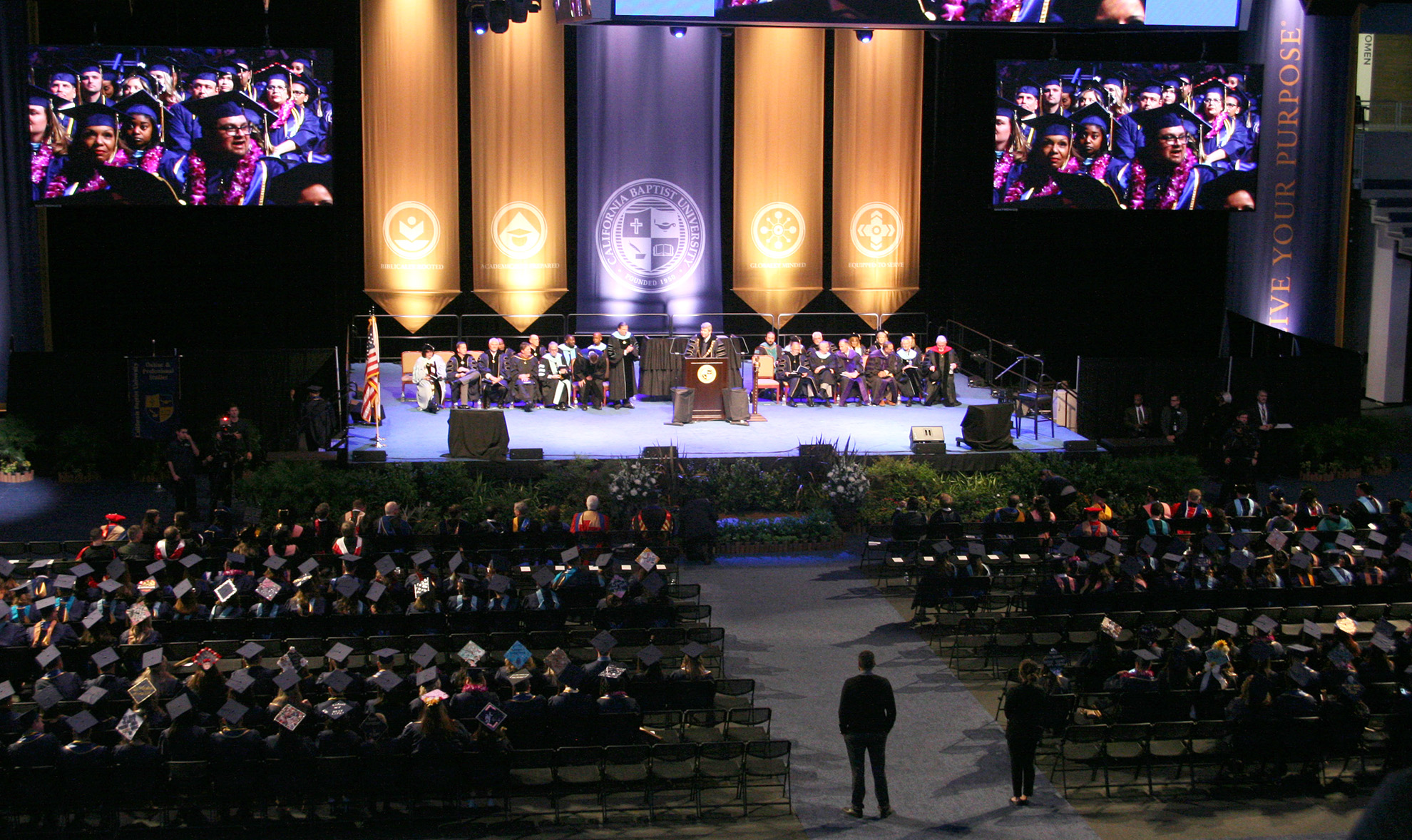 In his commencement address, Dr. Ronald L. Ellis, CBU president, said the ceremonies in the Events Center were an example of the building blocks CBU has assembled over the years that benefit students.

“Creating and maintaining strong academic programs is another crucial building block at CBU. Not only does it enhance the reputation of CBU as a premiere comprehensive Christian university, it also drives enrollment that fuels the growth and development of the institution—all of which undergird and boost the value of the diplomas you graduates soon will be receiving,” Ellis said.

Jenna Cray, a Bachelor of Science in Software Engineering graduate, recently landed a job as a software engineer with Amazon in Austin, Texas. Cray said CBU was instrumental in her development as an engineer.

“Everything I know about software, I learned at CBU,” Cray said. “I appreciate the instructors at the university. They were great and caring.”

Naomi Villagran, a Bachelor of Science in Biology graduate, will be pursuing a medical degree. She said her time at CBU was beneficial.

“It’s been a good journey. I’ve enjoyed getting involved with campus programs such as being a FOCUS (First year orientation and Christian university success) leader and going on an ISP (International Service projects) trip to Spain,” Villagran said.  “I will miss the professors and the interactions I had with them.”

David Zavala, a Bachelor of Arts in Film graduate, is excited about moving to Los Angeles to pursue a career in the film industry.

“My passion for film only grew at CBU,” Zavala said. “I believe that the foundation that I’ve built at CBU has prepared me to be as ready as I can be.”

Dr. Steve Davidson, chair of the CBU Board of Trustees, encouraged graduates on behalf of the board to use the Great Commission training they received at CBU to benefit others.

“My hope for each of you is that the return on that investment will be great through the blessings that you receive and as you bless others throughout your lives. May each of you continue to seek and to ‘Live Your Purpose,’” Davidson said.

The Class of 2018 represents CBU’s largest graduating class ever with 2,549 students eligible to participate in fall, spring and summer commencement ceremonies.