CBU commencement tradition continues with the ringing of the bell 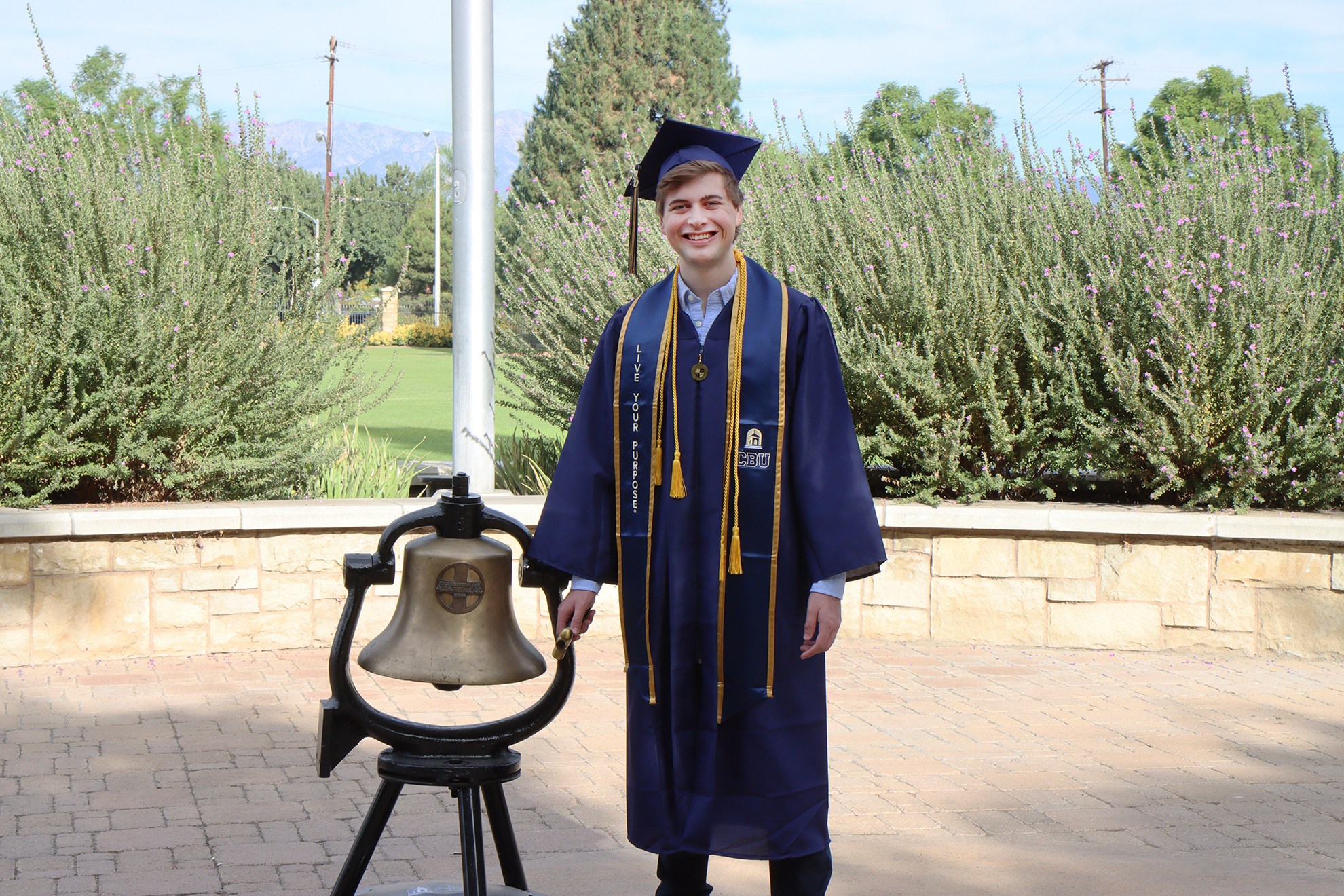 Riverside, Calif. (Dec. 11, 2020) – California Baptist University will celebrate commencement on Dec. 12 for nearly 3,200 students. Because of the pandemic, CBU is holding a virtual commencement to honor students who earned their degrees in the spring, summer and fall of 2020.

Despite the unusual times, some traditions continue, including having a distinguished scholar ring the bell prior to the start of the ceremony.

Each toll of the bell represents one decade of the university’s existence. The bell will ring seven times to commemorate the seven decades of academic excellence. CBU was established in 1950.

Matthew Ressler, a Bachelor of Science in Marketing spring graduate, was chosen to ring the bell. Ressler, who had a 4.0 GPA, was excited to be selected.

“I had learned about the opportunity my first semester and I knew I wanted to obtain the role at graduation,” Ressler said.

Ressler also set a goal of completing college in three years, which he did. He was also part of a team that won the Bob Goodrich Business Plan Competition in 2018. The team presented a business plan to create a device that could theoretically turn off a gas stove through a timer.

While at CBU, Ressler held presentations for the Marketing Club on search engine optimization and did it again as a guest speaker this fall.

“CBU helped me conceptualize what it means to help other people through learning,” Ressler said.

Ressler is now working at a marketing company as a SEO strategist.

“This school has an amazing staff of professors,” Ressler said. “I am proud to be a Lancer and hope to be back in the future as a guest speaker or lecturer in the School of Business.”