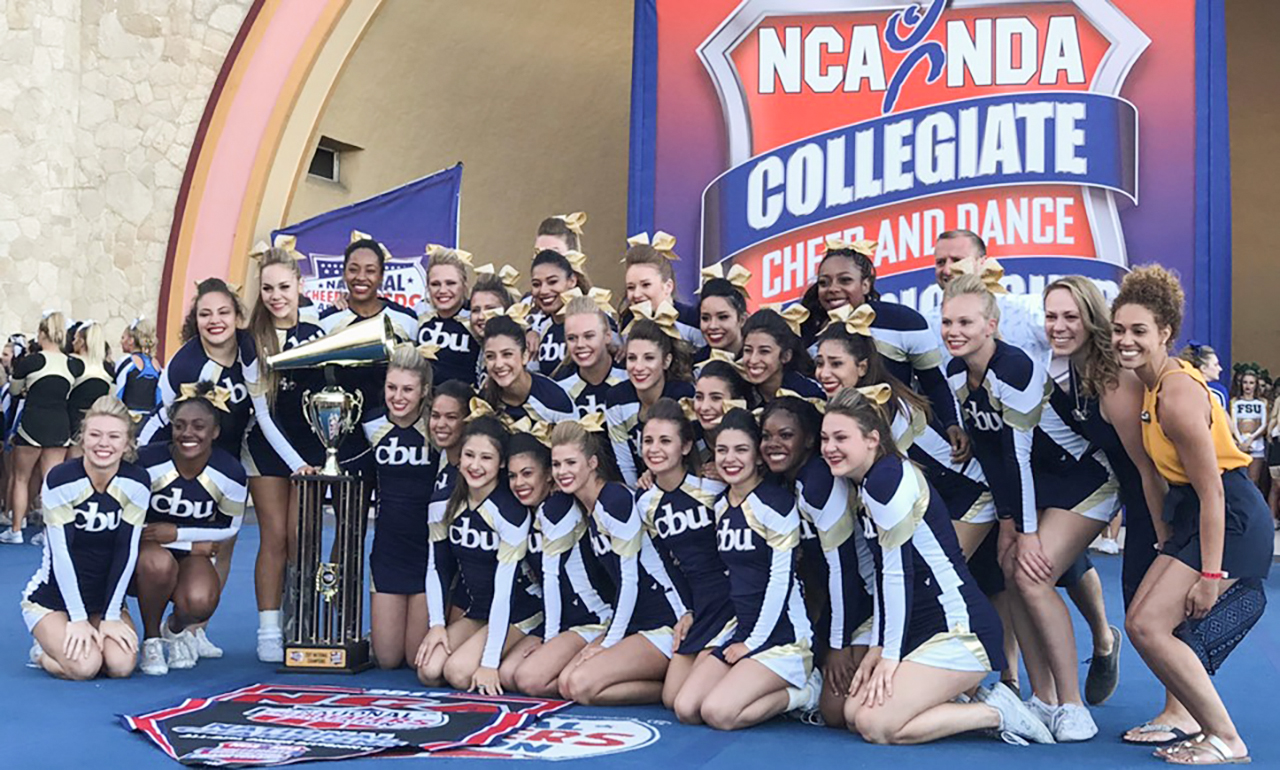 "It was a great day to be a Lancer," said Coach Tami Fleming. "We are proud to be bringing home another national championship to CBU. Five feels pretty great."

The Lancers made even more history the next day when two CBU teams finished in the top three stops at the stunt group competition. The Lancers have never placed higher than eighth in group stunt at nationals. This year, Taylor Contratto, Taylor Frasca, Dazmyn Dull and Evynn Richard took first.