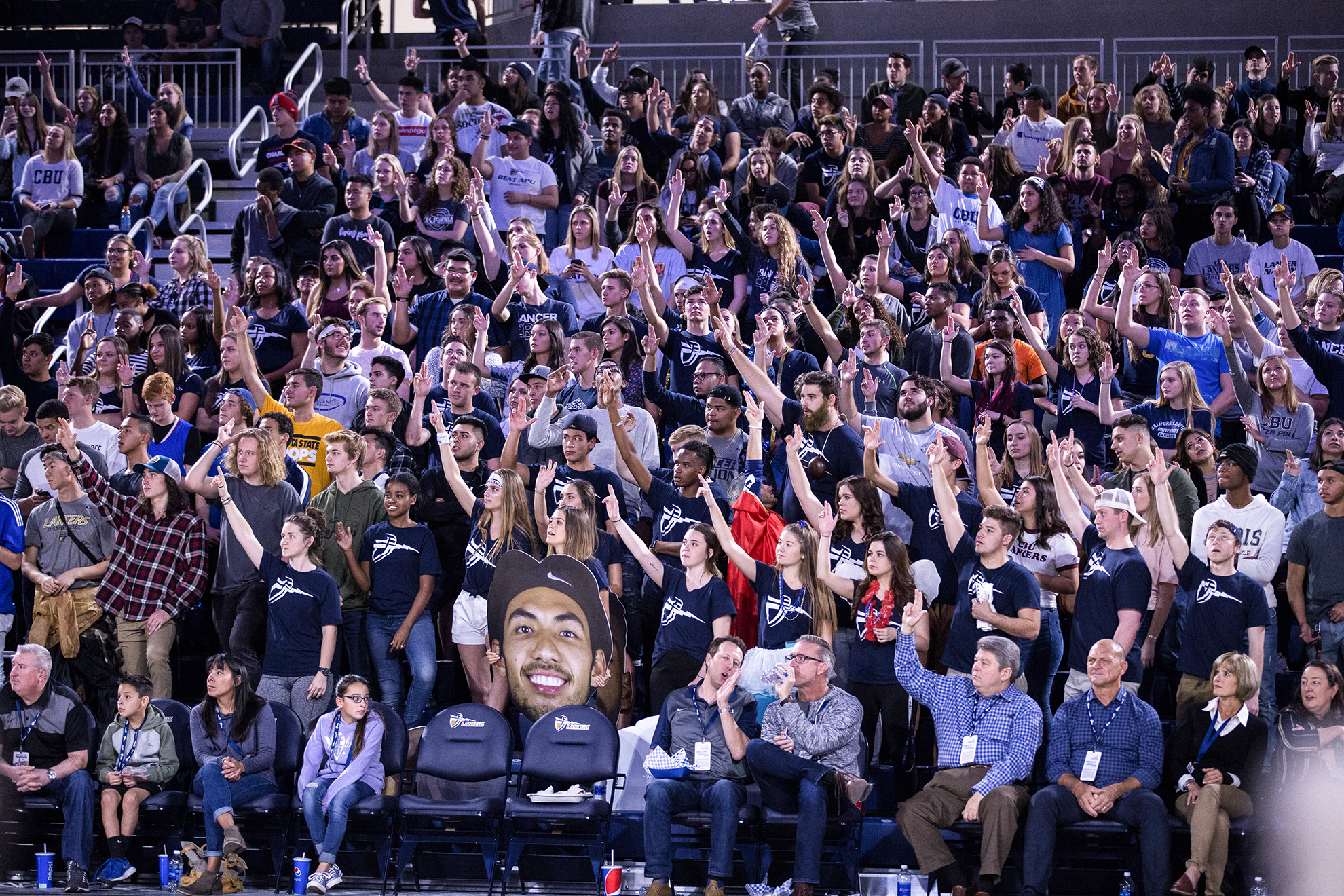 "We simply could not have imagined the response we received from the community," said Dr. Micah Parker, director of Athletics. "We had no way to predict this type of attendance. We sold out our floor seats within a week when they went on sale last fall, so we were thinking that we were on the right track."

The Lancers opened the basketball season with a home win over California State University, Dominguez Hills in front of a near-capacity crowd of 5,050. The game was also broadcast on FOX Sports Prime Ticket. The Lancers tripled men's basketball attendance from 2016-17 to 2017-18 and averaged 2,318 fans, while compiling an impressive 19-2 record at the Events Center. CBU student attendance at home games more than doubled from previous years, rising to an average of 606 per game when classes are in session. CBU's women's basketball attendance topped out at 10,142 for a 20-percent increase over the previous year.

"This is really a credit to our men's and women's teams, the 794 season ticket holders, students, faculty, the community and groups who came out and supported us all season long," Parker said. "We put a huge emphasis on in-game fan engagement and additional in-venue amenities that our fans really enjoyed."

With the 2018 home basketball season over, CBU will focus on the transition to NCAA D-I play in the Western Athletic Conference (WAC) in the fall.

"Our goal is to grow our fan base within the Inland Empire. Our new campaign is 'The Rise to DI', and we're excited about that," Parker said. "It's all about providing family friendly entertainment, connecting with our fans, students and season ticket holders."