CBU alumnus shares his passion for storytelling through film 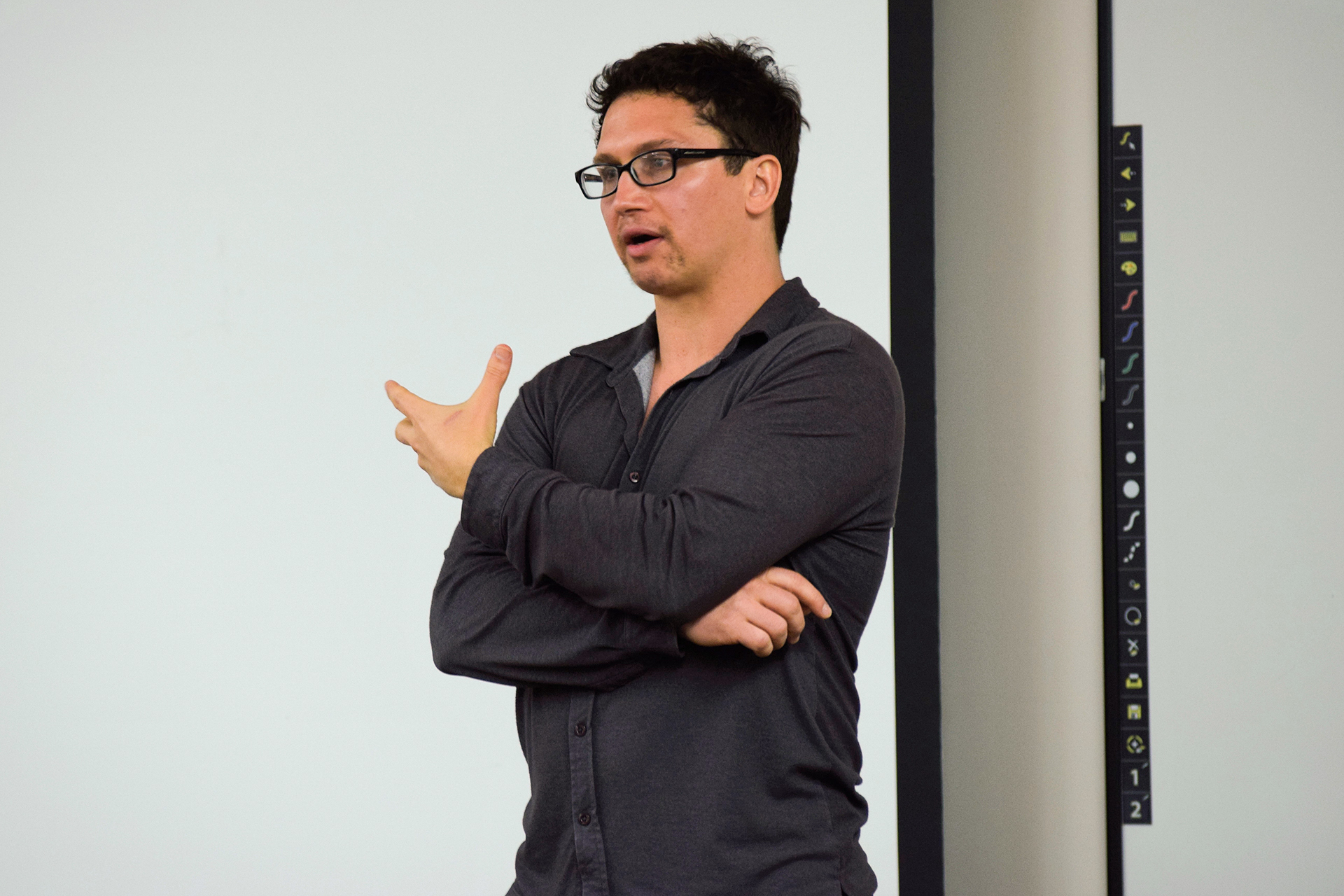 Riverside, Calif. (March 15, 2017) — “The formula that I have used in my creative pursuits is ‘create now and work hard,’” Fraser Kershaw (’03) told a California Baptist University audience on March 13.

Kershaw, film producer and clean-water activist, spoke about his first featured documentary—“Behind the Water”—at the event hosted by the College of Architecture, Visual Arts and Design.

“Behind the Water” tells the true stories of individuals who have overcome obstacles to find clean water.  Kershaw traveled with his camera crew through highly restricted areas to find unique stories for the film. The finished product shows the both the bond of family and the commitment to search for a better life.

Kershaw said his faith and creative personality drove him forward with the film project.

“Whatever you put out in the world, it affects people in some type of way, which is tremendously important,” Kershaw said. “Taking action and speaking life to people is what I will continually do.”

“For someone to come and explain how passionate you have to be to pursue this career field and succeed, as well as using God's will, is just such an inspiring message,” Croteau said.

“You can tell that sharing God's love is a big part of [Kershaw’s] message and I really got a lot out of it,” Emerine said.