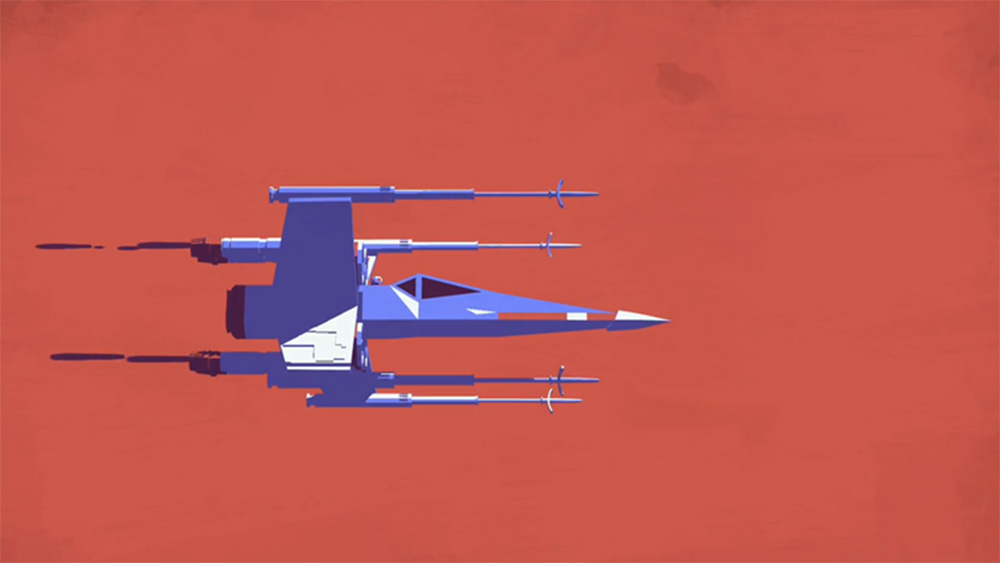 Caleb Bol, a California Baptist University alumnus, won gold at the American Advertising Federation District 15 for his demo reel of advertising graphics he created as a CBU student.

Riverside, Calif. (April 23, 2018) — Three alumni and a student from California Baptist University won either a gold or silver at the American Advertising Federation (AAF) District 15 awards. The placement allows the students’ work to advance to the AAF national competition held in June.

Caleb Bol (’17) won gold in the Animation or Special Effects category. Bol submitted a demo reel that showcased his best work as a CBU student.

“I’m really excited to be part of such a great group that won at districts. I really admire the work of all these designers,” Bol said.

Thomas, who earned her award in the category of Printed Annual Report or Brochure, learned that research is key to creating a unique design.

“You need to know the look your client wants. You should be crafting your work to fit what they represent, but yet put your own twist on it,” Thomas said.

Logerstedt, who won for a stylized comic book in the Magazine Design entry, said the accomplishments reflect the quality of the graphic design program at CBU.

“Our professors are rock stars and role models, and so awards are just a symbol of the inspiration and perspiration they pour into us,” Logerstedt said.

“I learned that it is better when I take my time on an idea because my best idea isn't usually my first idea,” Cordova said. “Winning silver at the district level is exciting, knowing that design professionals gave my work an award is really encouraging for me.”

“To have outside professionals acknowledge and award our students’ work with top honors helps bring legitimacy to the fact that we have a great thing going on here,” Dallas said. “It also reminds us that as Christians we can help raise the bar and have a seat at the table by being a part of the conversation with other industry professionals.”

The students advanced to the district competition for the AAF competition by earning a top finish at the Inland Empire AAF awards. AAF District 15 covers Southern California and Southern Nevada.