CBU alumni share their experiences of transitioning into the workforce 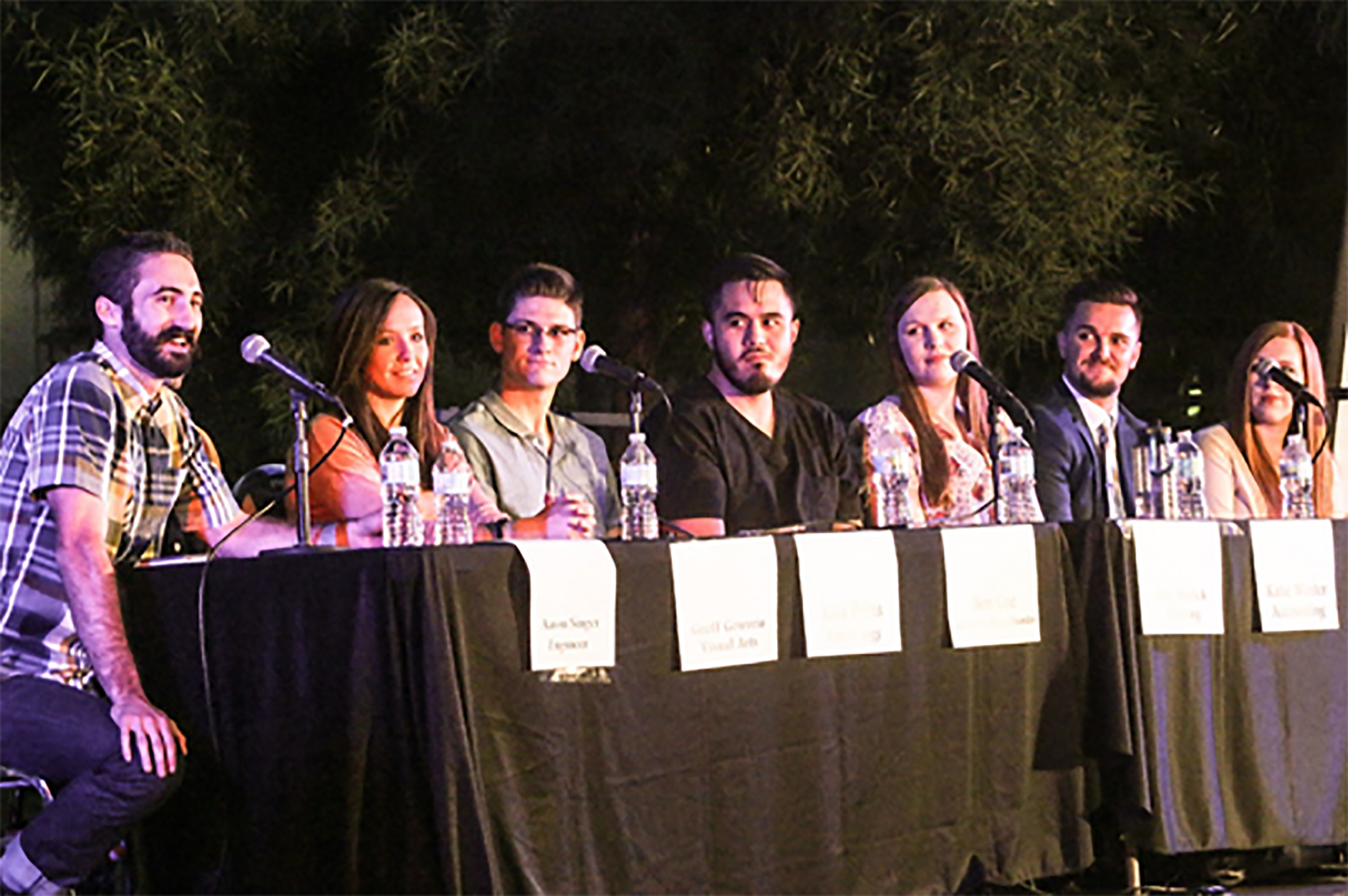 Riverside, Calif. (Nov. 7, 2016) - California Baptist University alumni offered advice on how to prepare for the workforce and what to expect after college at the “Footsteps to Follow” event on Nov. 3. The Career Center and the Alumni Relations Office at CBU organized the event.

Gouveia, a freelance artist, described how his jobs come through working hard each day.

“In school, the professor will give you an assignment and its due in two weeks and you’ll get feedback,” Gouveia said. “A lot of the times in the real world … it’s really just about putting in work day after day. The work that I’m doing now is because of the seeds I had planted two years ago, and it is now coming to fruition, so it’s really about patience.”

“I didn’t take a hold of that opportunity. After I graduated I couldn’t land a job immediately,” Coe said. “I later realized that if I had taken those opportunities, I would have settled into a job (sooner) after I had graduated.”