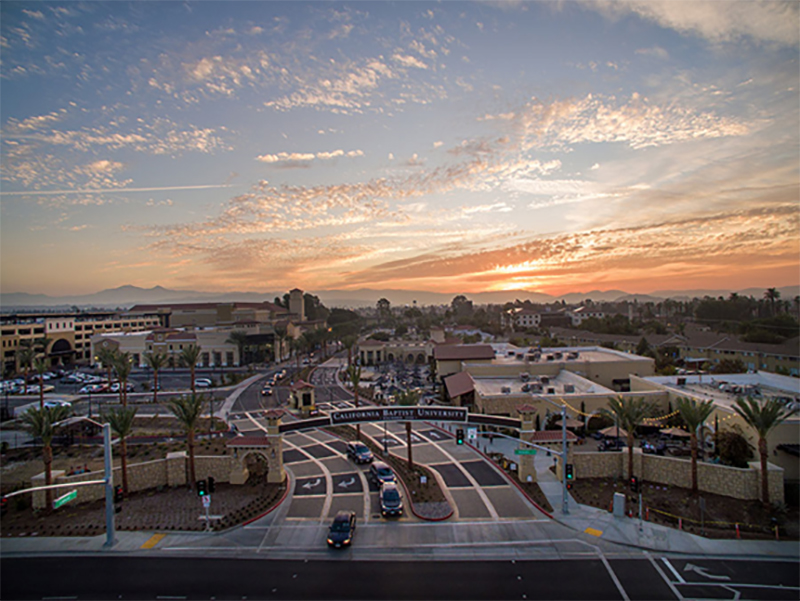 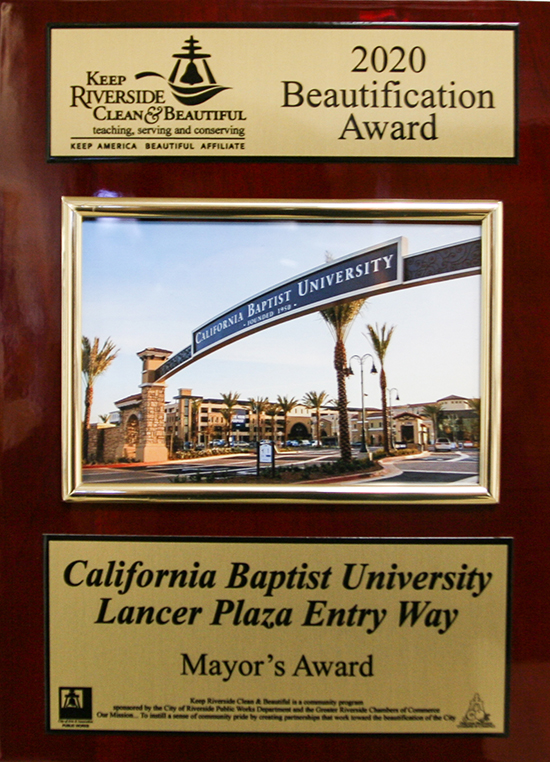 Riverside, Calif. (Jan. 31, 2019) -- The new entrance for California Baptist University located at Adams Street and Lancer Lane received the Mayor’s Award during the City of Riverside Mayor’s State of the City address on Jan. 30. The award is part of the Keep Riverside Clean and Beautiful (KRCB) program.

Mayor Rusty Bailey and Donna Little, chair of KRCB, presented the awards. Mark Howe, CBU vice president for finance and administration, accepted the award on behalf of the university.

KRCB is a community program sponsored by the City of Riverside and the Greater Riverside Chambers of Commerce. Its mission is to foster a sense of community pride by creating partnerships that work toward the beautification of the city.

The summer of 2019 marked the opening of the new main entrance to CBU at Adams Street and Lancer Lane. Features include a new monument arch, signature campus fencing, expanded roadway and hardscape with outdoor seating areas. These elements combine to welcome visitors and guide them past award-winning facilities including the Recreation Center, Events Center and the Dennis and Carol Troesh Engineering Building into the academic core of the CBU campus.

The East Parking Structure also opened in the summer in Lancer Plaza at the corner of Adams Street and Diana Avenue. The massive five-level structure features more than 1,450 car stalls for the CBU community, two elevator towers and more than 50 security cameras.