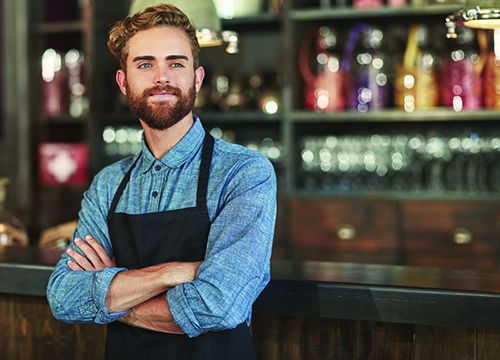 Inquiring minds and problem solvers, California Baptist University has developed a new major with you in mind. The Dr. Robert K. Jabs School of Business will offer a Bachelor of Science in Entrepreneurship starting in the fall.

“We want our students to be problem solvers, to think about how to care and serve our communities better,” Herrity said. “While profit is an important part of operating a business, at its heart entrepreneurship is about providing solutions that benefit society.”

Students majoring in entrepreneurship will also be required to minor in one of 40 different options available at CBU.

“Since entrepreneurs are unique individuals, we thought it would be a good idea to offer something unique to this program in a way of the minor requirement,” Herrity said. “Gaining knowledge in an industry is an important part of establishing a business.”

Herrity sees a correlation between minors and new ventures. He envisions computer science minors developing the next app, or a visual arts minor starting a design company.

Upper division courses will encourage students’ creativity and identify what they are passionate about, Herrity said.

Herrity also noted that most entrepreneurs do not initially start working for themselves. Instead, they learn on the job and then venture out after gaining some understanding of an industry. That is why CBU still requires 30 units of business administration in both lower and upper division courses, he noted.

“With our Christian worldview at CBU, we believe that we are all created in the image of God, who is a creator, and we want students to take that creativity and start ventures that will be beneficial to others,” Herrity said.