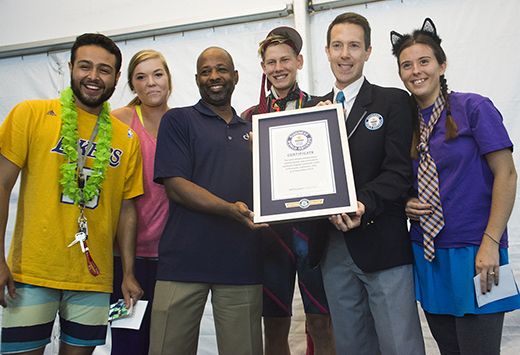 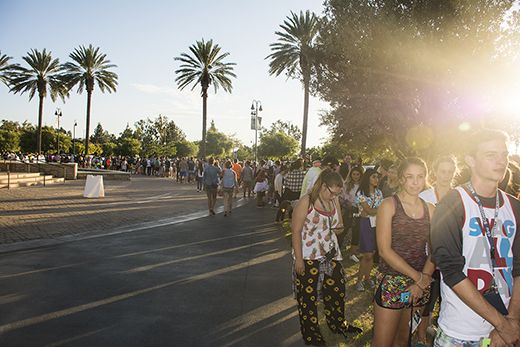 CBU students line up outside a huge erected tent on the Front Lawn waiting their opportunity to break the Guinness World Record for the most people playing Bunco simultaneously. 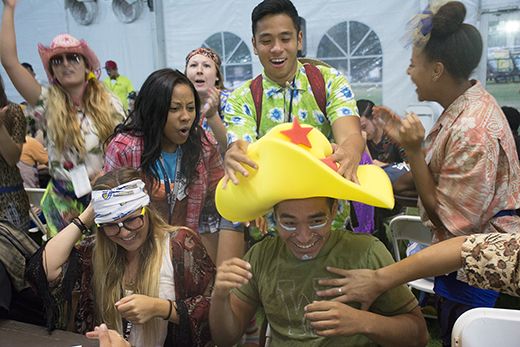 A CBU student rolls himself a "Bunco" that equates to 21 points and a much coveted yellow cow-boy hat to celebrate. 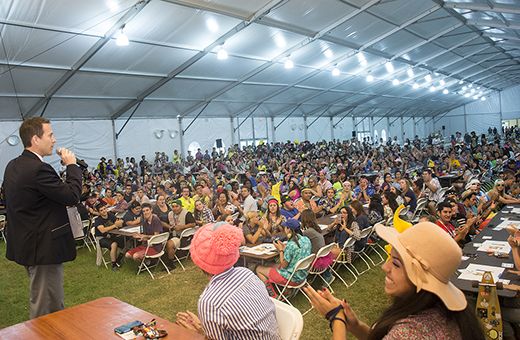 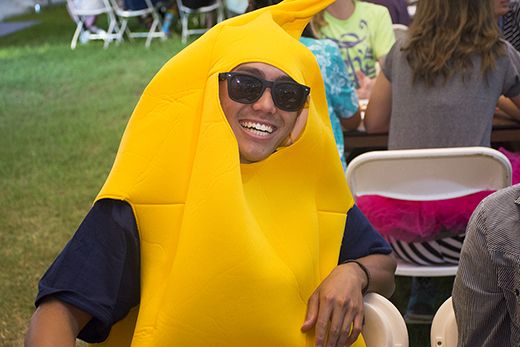 Alvin Bautista, freshman, headed down to the local Goodwill store to purchase his outfit for the big Bunco Guinness World Record attempt. 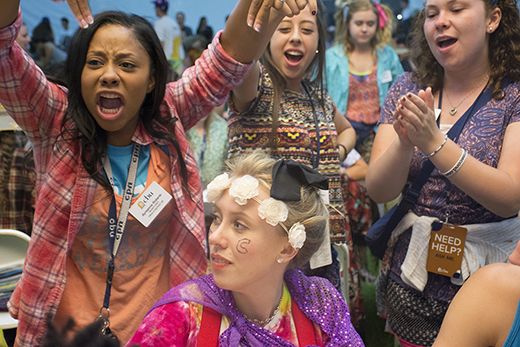 Ayreanna Roberts, student intern for the office of spiritual life (left), cheers on a student who just rolled a "Bunco."
©