Riverside, Calif. (May 17, 2016) – Graham Allgood, a marketing junior at California Baptist University, appeared on Fox Business' "Mornings with Maria" to retell the creative way he landed a job interview at Horizon Media on May 17.

Allgood described how he used Snapchat, an image messaging and multimedia mobile application, to design and implement a Geofilter advertising campaign to land his "dream job" interview. 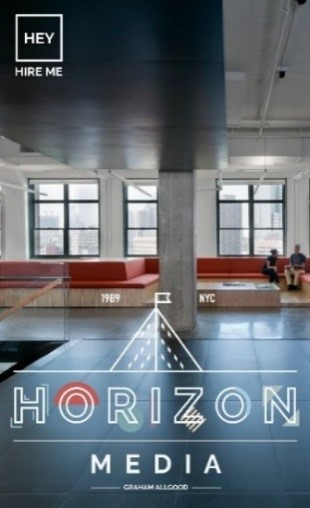 "Why not market to a marketing agency by running my own ad campaign," Allgood asked during his interview with Fox host Maria Bartiromo. "I've used Snapchat in the past to build Geofilters with my university before… so I developed a design set and got it approved by Snapchat."

Geofilters help users advertise to a specific targeted area through Snapchat. When a Snapchat user takes a photo, they can swipe left or right on their smartphone to display other user photos that had been taken in the vicinity. Geofilters allows approved images to display amidst the array of photos.

Allgood created a photo advertisement to promote Horizon Media with a small caveat— a special message at the top of the screen that read "Hey Hire Me."

"I had more than 1,000 engagements, received a tweet that day (from Horizon), and an email for an interview the next day," Allgood said.

Although Allgood was not offered a job because summer internship positions were already filled, he said the company has mentioned the possibility of offering him a job after graduation.