RIVERSIDE (August 28, 2015) -- A multi-use events center scheduled to open on the campus of California Baptist University in 2017 will become the school's largest indoor gathering space to serve a variety of campus activities, CBU officials announced today.

"An events center has been a dream at California Baptist University for many years, so it is incredibly exciting to see this vision becoming a reality," said Dr. Ronald L. Ellis, CBU president. "It will be a wonderful addition to the campus and a source of great pride for many of the students currently enrolled at CBU as well as countless more who will follow for generations to come."

Infrastructure construction is underway on the $73 million project that is being funded through gifts and financing. The events center is being built adjacent to the CBU Recreation Center located in Lancer Plaza near the corner of Adams Street and Diana Avenue. The center's north-facing front entrance will be located on Lancer Lane.

The centerpiece of the 153,000 square feet building will be a 5,200 seat arena—expandable to more than 6,000 seats—that will showcase some of the CBU athletics teams competing in the PacWest Conference and NCAA Division II. These include men's and women's basketball, wrestling, and men's and women's volleyball. The building also will feature locker rooms for home and visiting teams as well as new athletics offices.

The two-level events center is designed to complement the Mission Revival architecture style that is a hallmark of the California Baptist University campus. A100-foot tower will adorn the building's north side.

"This center will be much more than just an arena for Lancers athletics," Ellis said. "It will serve all of the CBU community through robust programming that supports the university's academic mission as well as extracurricular activities."

Besides athletics, the arena also will provide much needed space for CBU's chapel program attended by nearly 5,000 students weekly during the academic year. Other uses planned for the events center include student orientation activities and commencement ceremonies that are held each spring and fall.

The CBU events center is scheduled for completion in April 2017, in time for spring commencement activities in early May. 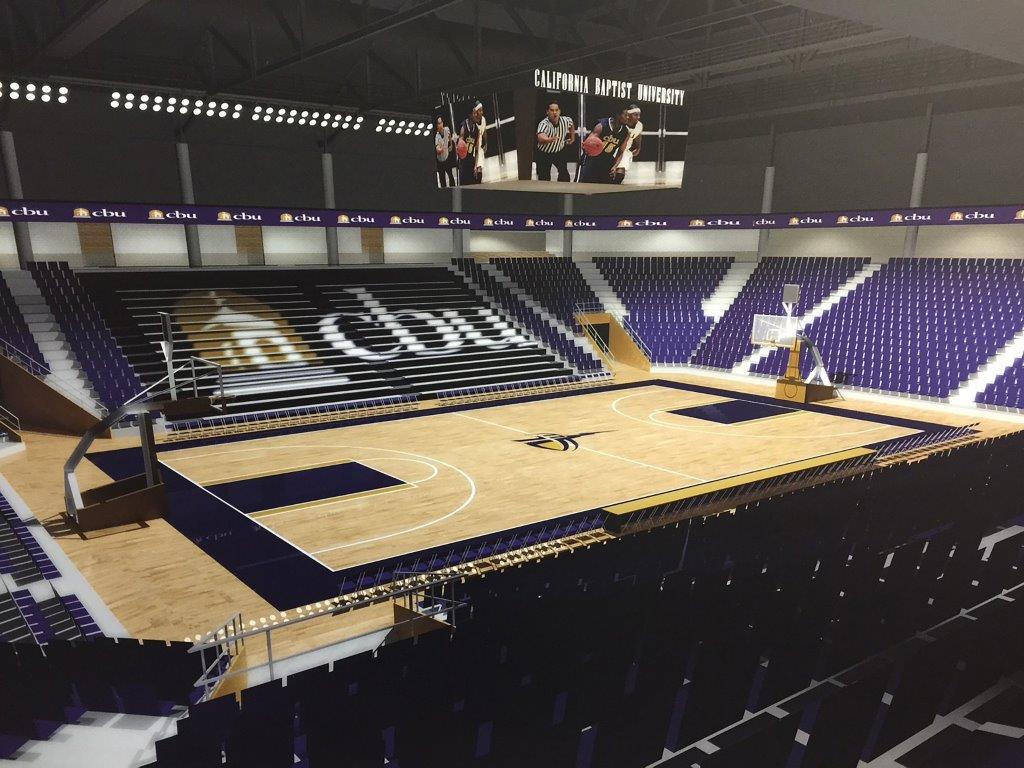 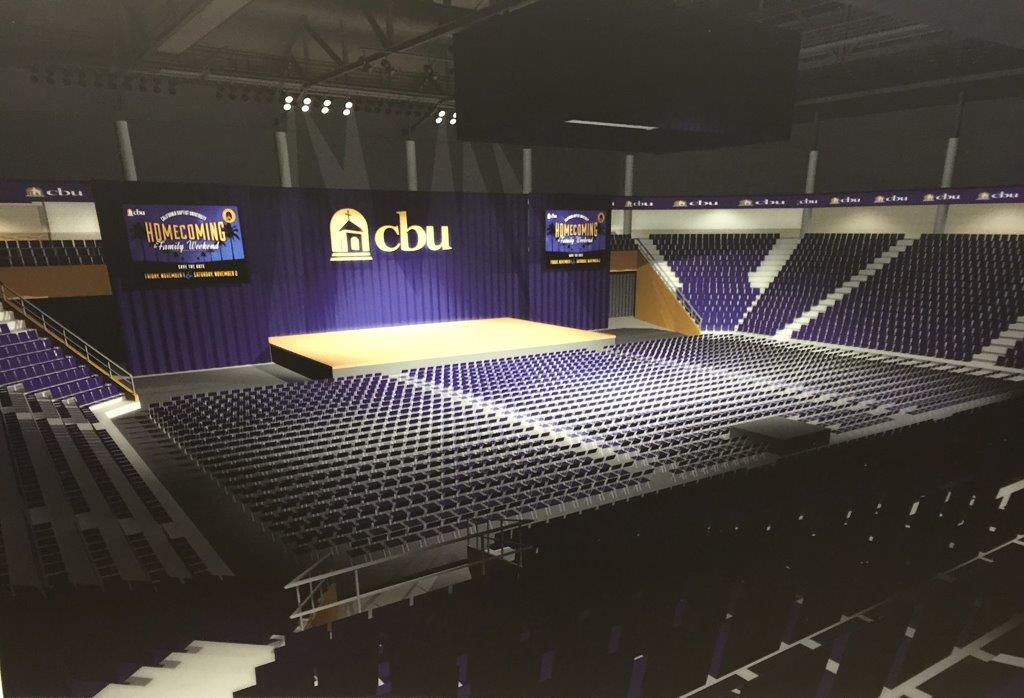