CAVAD camp allows high schoolers to develop their creative side 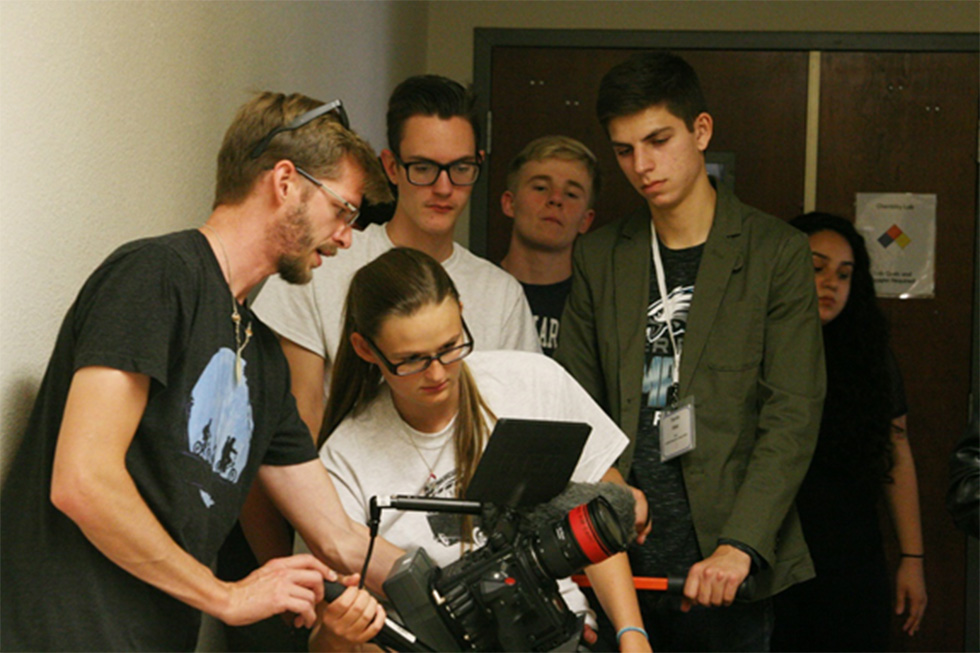 Riverside, Calif. (June 29, 2018) – Bethany Roberson, a high school student in Riverside, dreams of becoming an artist. She is on the right track. Roberson spent a week at a pre-college camp at California Baptist University, learning artist concepts and techniques.

During one of the camp activities, Roberson cut old T-shirts into pieces and then used other recycled fabric to construct an animal sculpture of an African wild dog.

The College of Architecture, Visual Arts and Design (CAVAD) at CBU hosted more than 30 high school students, who received hands-on training at a CAVAD Pre-College Summer Camp during June 25-29.

The high schoolers were able to enroll in five tracks such as film, photography, graphic design and art. Throughout the camp, students worked with CBU faculty to learn professional techniques in addition to working on a creative project.

“The sessions are led by faculty who are not only respected academics but who are also professionals working in these industries and can help these students understand both the academic path and expectations and the professional possibilities of these fields,” said Mark Roberson, dean of CAVAD.

Aspiring filmmakers learned about filming and editing as they worked on creating a short film. One afternoon a team of students worked on capturing a motion scene. Using a camera strapped down on a dolly the team rolled down a hall in James Building shooting multiple shots.

Briana Watson, a senior from Lake Elsinore, California, said she became more aware of how many takes are needed to produce a quality shot.

“I saw all these types of techniques in filming and editing, and it was a really cool experience,” Watson said.

“I’m hoping to give them a better idea of what the different positions are in film and the things that they can do and just explore their passions for this,” said Jonathan Nyquist, adjunct professor of graphic design.

“We really enjoy being able to help high school students figure out who they were created to be,” Roberson said. “When we get see the light come on in their eyes and see them really start to embrace what they’re doing, it’s a cool thing to be a part of.”