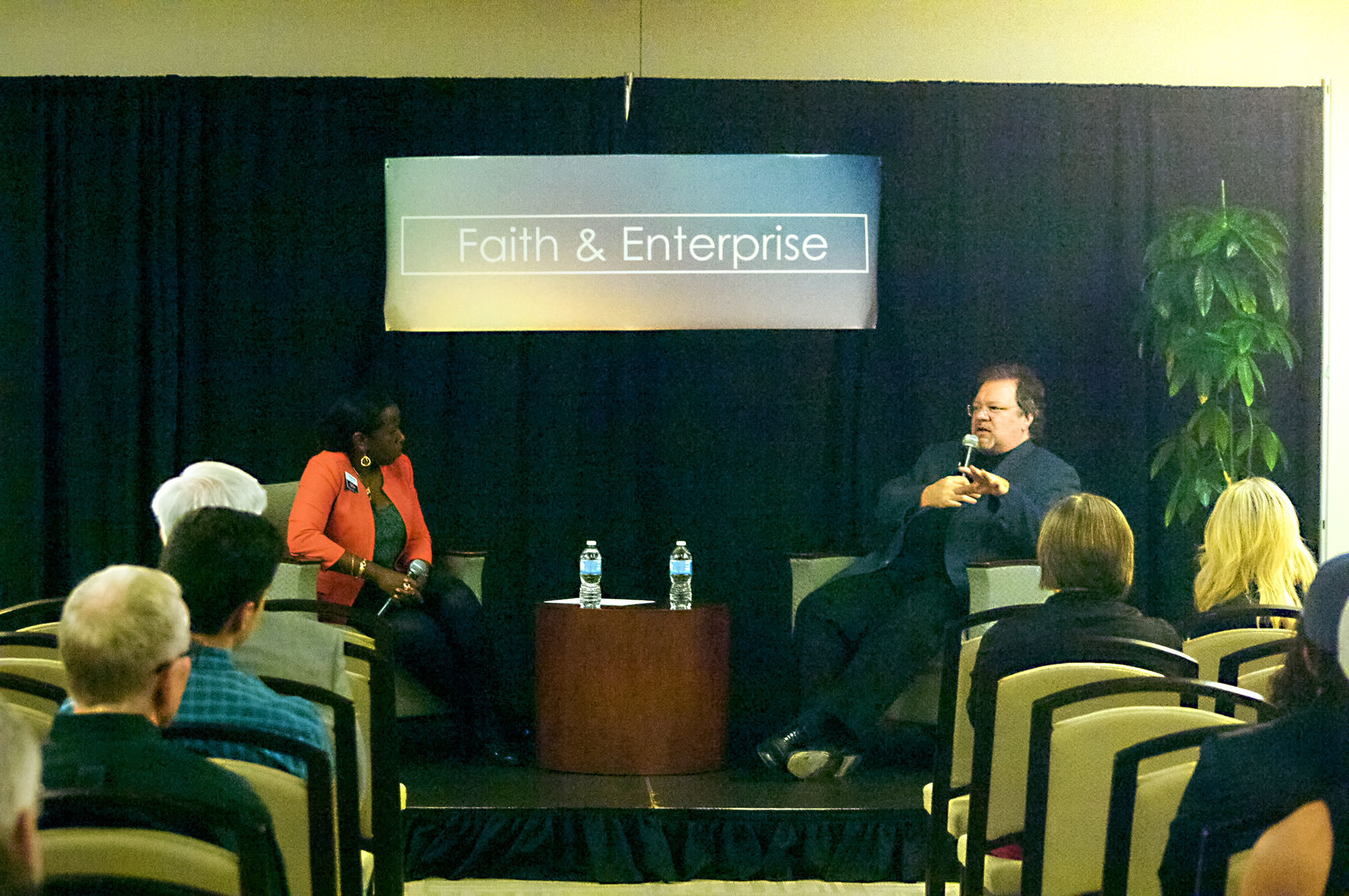 Riverside, Calf. (Feb. 14, 2018) —People’s dreams can come true if they align themselves with God’s will, Garner Holt, an entrepreneur, told students at California Baptist University on Feb. 13.

Holt spoke as part of the Faith & Enterprise lecture series hosted by the Dr. Robert K. Jabs School of Business. Holt is the founder of Garner Holt Productions, a company that creates animatronic figures, special effects, exhibits and interactive displays.

After a childhood trip to Disneyland, Holt said he was inspired by the way the theme park brought animated characters to life. He went on to learn how to build his own animatronics in his backyard at a young age. Forty years after founding his business, his creative concepts are found in 32 countries and six continents and he has landed contracts with companies such as Walt Disney Co., Universal Studios, FAO Schwarz and Chuck E. Cheese’s.

Holt said his life is a testament to never giving up on one’s dreams and having faith that God would orchestrate his career path.