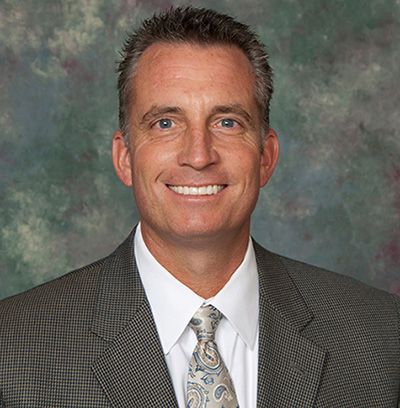 Riverside, Calif. (Feb. 19, 2016) — Dr. Judd Bonner has announced that he will step down as dean of the Shelby and Ferne Collinsworth School of Music at California Baptist University but remain as a member of the CBU music faculty he joined in 2003 and has headed since May 2012. The change is effective June 30, 2016.

In his early days at CBU, Bonner developed the popular 90-member Male Chorale with brass and rhythm. He accepted the position of associate dean in 2006 and served in that capacity until the retirement of the founding dean.

Since becoming dean, Bonner has conducted the University Choir and Orchestra in over 200 concerts for more than 100,000 audience members around the world. He conducted and produced three studio CDs with the University Choir and Orchestra, one live DVD, and two live CDs. Most recently, he produced the first-ever, CBU Small Group CD, which features music composed and arranged by CBU students.

Annual High School Choral Festivals conducted by Bonner and the CBU music faculty have attracted more than 900 participants since 2013.

Bonner was honored as Professor Emeritus at Dalian University, China in 2014 and invited to be the guest conductor at Jiangsu Theater for Chinese New Year.

In 2015, Bonner led the National Association of Schools of Music accreditation review for the Collinsworth School of Music and wrote the Optional Response to the NASM report.

Other notable achievements during Bonner's three and a half year tenure as dean include:

Creation of the CBU Symphony Orchestra Introduction of a new Master's degree in Music Composition; Completion and state approval of a Single Subject Matter Competency in music Development of the "Meet the Composers" series, providing CBU student musicians a glimpse into the Christian music industry and building relationships with world-renowned, award-winning Christian composers and arrangers.

Dr. Charles Sands, CBU vice president for academic affairs and provost, expressed appreciation for Bonner's leadership of the Collinsworth School of Music, and said a national search is underway for a new dean.