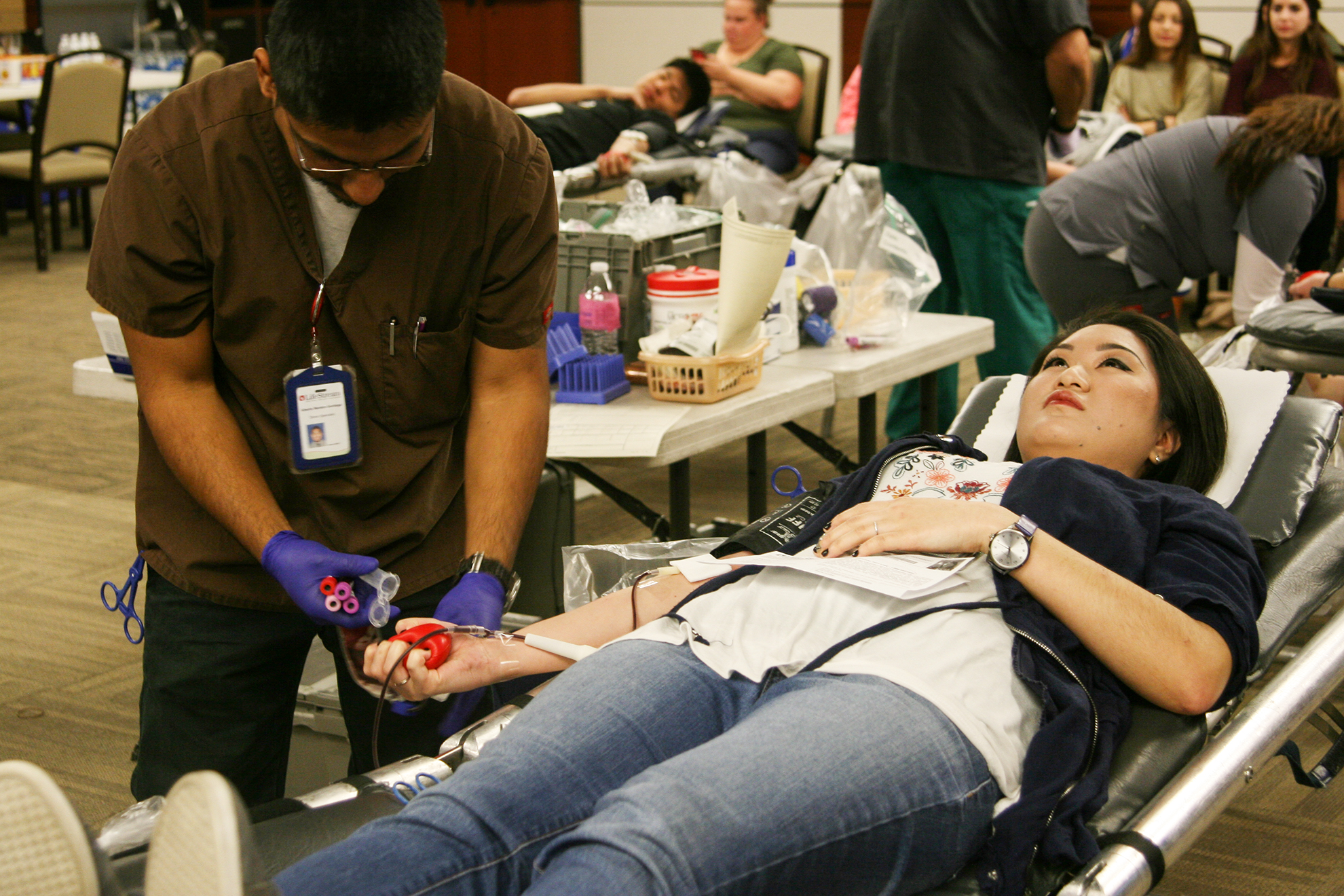 Riverside, Calif. (Jan. 25, 2018) – Students, staff and faculty at California Baptist University took advantage of an opportunity to make a donation that gives back twofold—via a blood drive that was hosted on Jan. 24-25. Mobilization in the Office of Spiritual Life hosted the drive that supplied blood for LifeStream and in the process raises funds for this year’s International Service Project (ISP) volunteers.

LifeStream will distribute the blood collected to local hospitals. Additionally, they will make a $15 dollar donation on behalf of the blood donor to an ISP participant or the general Mobilization scholarship fund.

Libby Rivera, a sociology sophomore, indicated that she is afraid of needles, but nonetheless, she became a blood donor to support her CBU roommate, who is going on an ISP trip to Taiwan.

“It’s something I can give that costs me nothing and I’m helping someone else out,” Rivera said. “I would have given the blood even if it wasn’t a fundraiser, but knowing that I could support my roommate as well, it’s awesome.”

Emily Lerias, a biology senior, said she requested her contribution go to a friend who is participating in an ISP trip to South Africa. Along with the importance of the financial donation, Lerias is discovering the significance of blood in her pre-medical concentration.

“I’m learning how important blood is and how emergency rooms are in need of it,” said Lerias, who has participated in ISP trip in the past.

John and Karen Eggleston, of Highland, donated in support of their daughter and her fiancé, who are going to South Africa and Spain respectively. The Eggleston couple are both nurses.

“Donating helps others out. We know what it is to have the need [for blood],” Karen Eggleston said. “At the same time, it helps our daughter and fiancé for their ISP program.”

ISP participants need to raise $2,000-$4,500, depending on the length of the project. More than 350 people are expected to participate in ISP over the summer of 2018. Mobilization has hosted blood drives for the past 10 years.