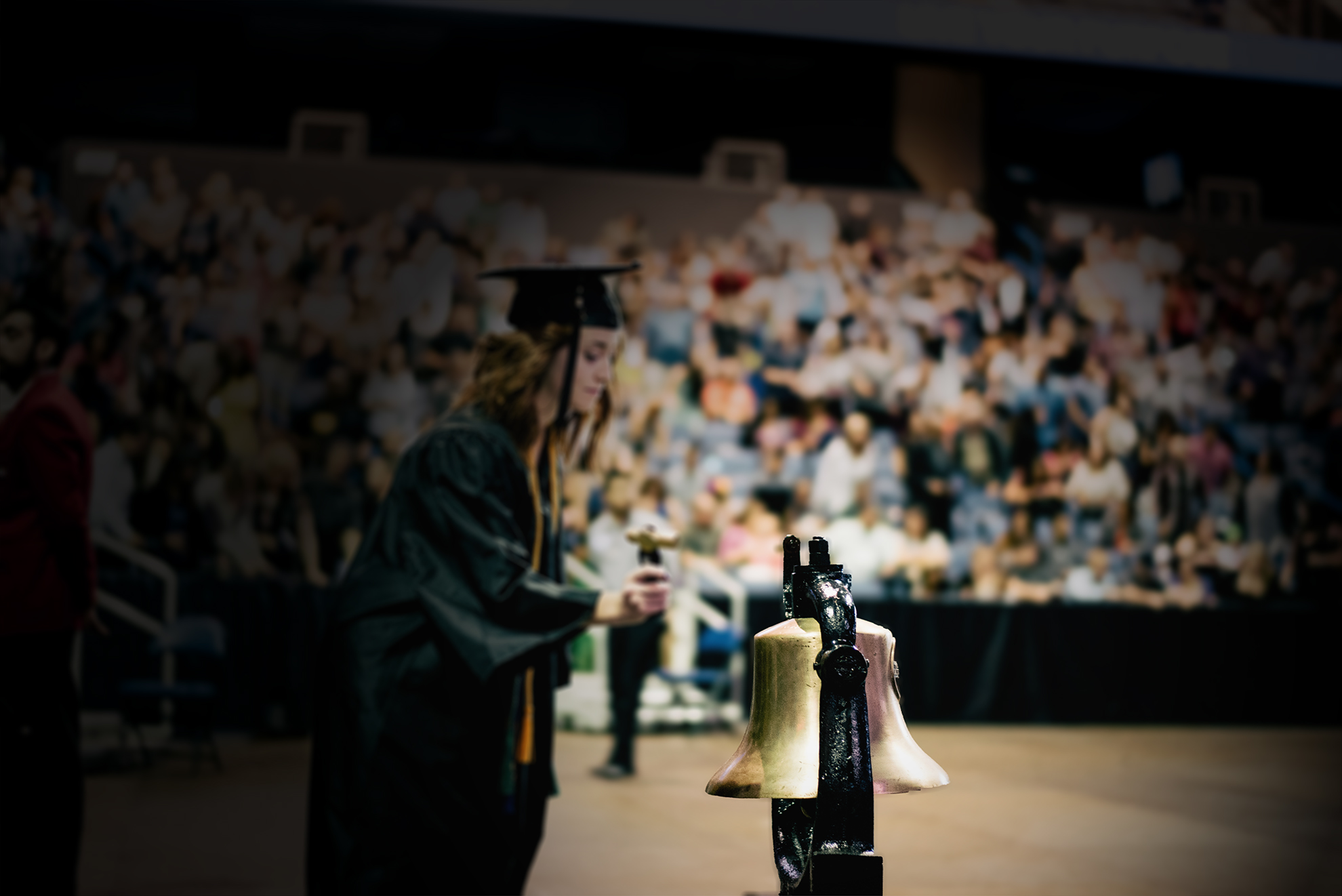 Riverside, Calif. (Dec. 13, 2016) – On Thursday evening at the Citizens Business Bank Arena in Ontario, hundreds of California Baptist University students will participate in the fall commencement ceremony, but only one will get to “ring the bell.”

CBU tradition calls for the ringing of the bell to kick-off commencement. Each toll represents one decade of the university’s existence. California Baptist University was established in 1950. The bell will ring six times to commemorate six decades of academic excellence.

Tradition also calls for the undergraduate with the highest GPA to ring the bell. This year the honor goes to Casey Reid, who is graduating with a 4.0 GPA and a degree in biology, with an emphasis on premed.

Reid admits it was a challenge juggling his course load while maintaining his grades. However, he did more than just go to class and study.

He served as president of the Biology Club, worked as a teaching assistant for science labs at CBU and as a biomedical researcher at Loma Linda University. During summers, he has traveled overseas with New American Singers, a choir that performs and ministers to various groups. He also worked with the Bureau of Land Management fighting fires.

While he is excited to graduate, Reid plans to enroll in medical school after graduation. While he has not decided on his school of choice, he did score in the top 8 percent on the Medical College Admissions Test.

“It’s exciting to be able to get over this hurdle and get ready for the next one,” Reid said. “Exciting, but a little nerve-wracking at the same time.”

Other students sought his advice on how to study, and professors trusted him to teach lab sections, Prins said.

Reid said he was grateful that his professors helped him prepare for his career and to grow spiritually.

“To be taught by and work alongside brilliant men who also had a passion for God was something that was a real big inspiration,” Reid said. “It gave me a goal of what I want to be when I get to their position or where I want to be in life.”

The CBU fall commencement ceremony will be held at the Citizens Business Bank Arena in Ontario on Thursday, Dec. 15, at 7 p.m. For more information click here.