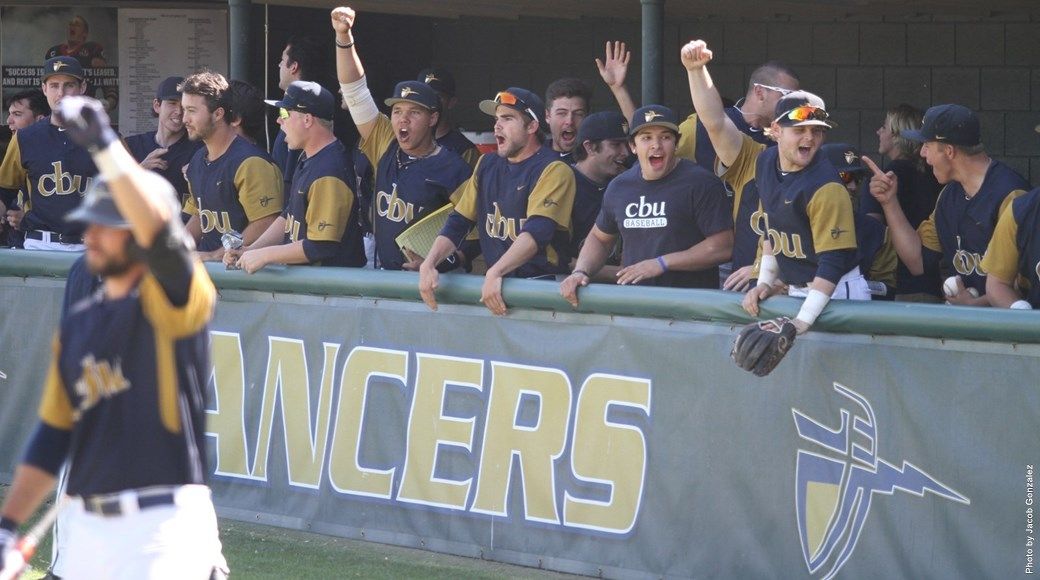 Riverside, Calif. (Feb 2. 31, 2016) -- The California Baptist University baseball team welcomed back former players for an evening filled with nostalgia prior to 2016 home opener.

Baseball alumni participated in a home-run derby contest and scrimmaged against the current CBU baseball squad on Jan. 30 at the James W. Totman Baseball Stadium. The evening's activities are part of the baseball team's annual tradition.

"It's been awhile since I've been out on this field," said Robert Hood ('08), former third baseman. "Playing tonight gave me major nostalgia. Some of my best years were here playing for CBU."

Sharif Othman ('11), a former catcher at CBU and 2016 spring training invitee for the Miami Marlins, reflected on his time at CBU.

"Playing for CBU has given me so many opportunities, so it was awesome being back on this field again," Othman said.

For the current baseball squad, the expectations for the 2016 season are high. The coaches PacWest preseason poll picked CBU to finish atop the division with Dixie State University. Additionally, the National Collegiate Baseball Writers Association ranks the Lancers fourth in the West Region.

Coach Gary Adcock, heading into his 13th season with the Lancers, is excited to see what this season holds.

"We expect to compete for a championship, but we understand a lot of factors go into achieving a goal like that," he said. "For now, we are more focused on the process, controlling the controllables if you will, and at the end we will see where that puts us."

The Lancers were 31-22 last year, finishing second-place in their conference and earning a No. 3 ranking in the NCAA II regional playoffs.