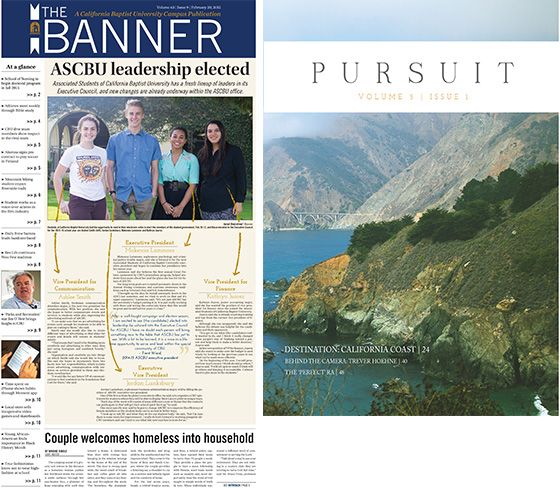 The Associated College Press awarded 1st place "Best of Show" awards to both The Banner newspaper and Pursuit magazine, in those respective categories, and The Banner Online earned the 5th place award in the Best Website category. The 31st Annual ACP National College Journalism Convention was held in Los Angeles Feb. 26 to March 1. A complete list of winners is available by clicking here.

"This is really unprecedented in my experience that one program would be awarded 1st place Best of Show in both the newspaper and magazine categories," said Dr. Michael Chute, director of the journalism & new media and public relations program. "It is the third year in a row that The Banner has been named the top ‘Best of Show' newspaper at the ACP convention. This really speaks to the quality work our students do on the campus publications and the top honor three years in a row shows how consistent our students have been in producing quality publications."

Colleges and universities from across the U.S. enter publications in the ACP and College Media Association competitions each year.