Babette’s Feast brings grace to the stage at CBU 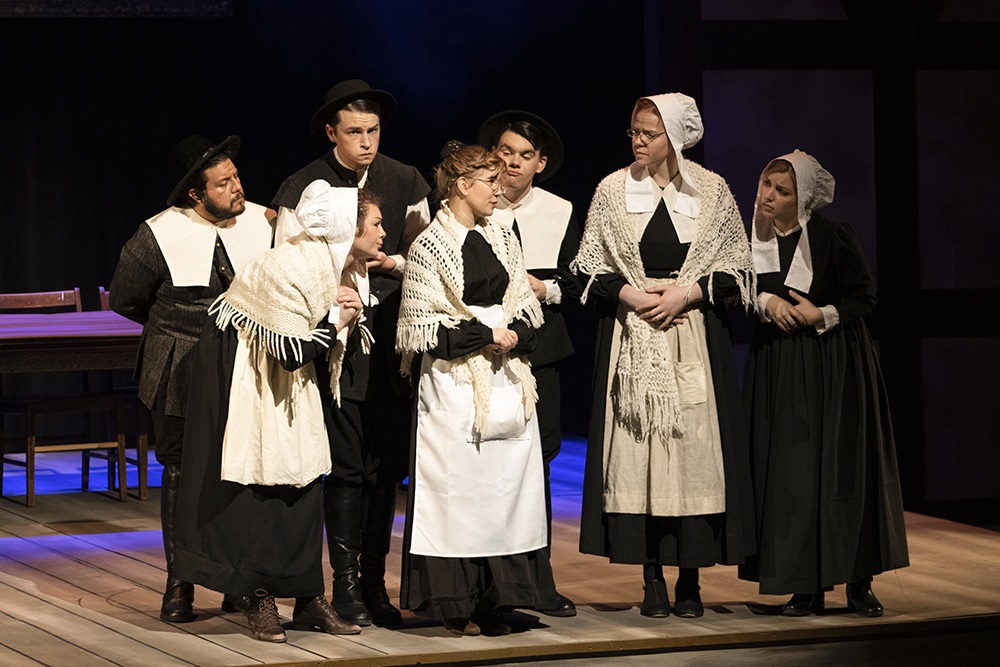 Riverside, Calif. (Feb. 12, 2020) – The theatre program at California Baptist University is bringing “Babette’s Feast” with its serving of grace to the stage at Wallace Theatre. The play opens Feb. 14 at 7:30 p.m.

The story follows two sisters who preside over a dwindling and bickering congregation in a village in 19th century Norway. Babette, a mysterious refugee from France, appears at their door and offers to work for the sisters. After years of service, Babette proposes to make a delicious feast for the village. However the meal proves to be more than just a feast; it is a magical outpouring of redemptive grace.

Mihelich said the play is similar to other faith-based plays with ties to C.S. Lewis, Corrie ten Boom and Dietrich Bonhoeffer that CBU has performed.

“’Babette’s Feast’ is just as powerful,” Mihelich said. “I want to start a deep, robust conversation around grace. What I love about the play is, it reminds me of [authors] C.S. Lewis or Flannery O’Conner, where they’re able to get you thinking about biblical themes, but God isn’t really mentioned.”

Additionally, Mihelich has a personal tie to the play. Years ago when he lived in New York City, he was part of a team that developed the play.

“For me, it’s a real privilege to bring it to the CBU community,” Mihelich said.

Most of the cast of 11 actors play several different characters and provide narration.

Joy Bennett, a theatre sophomore, plays Babette. The play has taught her about abundant grace.

“Growing up in the church, the word ‘grace’ is tossed around a lot,” Bennett said. “I forget how undeserving of grace you have to be in order to receive it. ‘Babette’s Feast’ is convicting me of that truth and encouraging me at the same time.”

Josiah Murphy, a film sophomore, said the story also is about not being afraid of change.

“‘Babette's Feast’ has several instances of love lost because it might take you to a place unfamiliar and scary,” Murphy said. “I've learned from the text, and my own life, to take risks and go places that take me out of my comfort zone because if I have God on my side, what's there to be afraid? Try new things, seek out challenging and growing experiences. It will make you a stronger person.”