Astronaut Inspires CBU Students To Shoot For The Stars 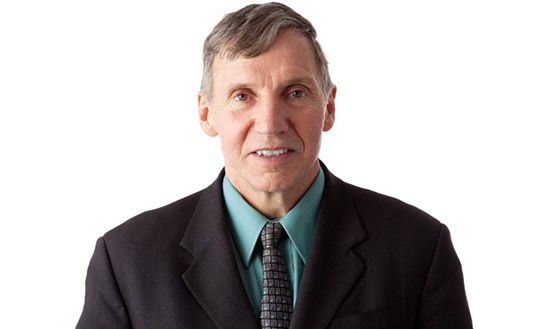 Riverside, Calif. (Sept. 16, 2014) -- "If you love something, you're going to do better at it," Dr. David C. Hilmers told students at California Baptist University. "Find something you are passionate about and work at it as if you're working for the Lord, not yourself."

California Baptist University's College of Allied Health hosted Hilmers on Sept. 15 to kick off its Distinguished Lecture Series. Hilmers is an associate professor at the Department of Internal Medicine and Pediatrics Center for Space Medicine at Baylor College of Medicine. His topic was "To Outer Space and Back: A Doctor's View of Global Health."

"I think you become more complete as a doctor by going and serving in places you don't feel comfortable," he said. "In a place where you don't have many fancy tests, you really have to rely on your skills."

Hilmers has volunteered medical aid in more than 40 countries to combat malaria, hepatitis and malnutrition.

"Every medical provider should do a mission trip," he said. "It will make them a better doctor."

Prior to his work as a medical provider, Hilmers was a Marine Corps colonel, aviator and electrical engineer and a NASA astronaut.

Although he had a fulfilling career as a marine and astronaut, Hilmers wanted to pursue his childhood dream of becoming a medical practitioner. So, at the age of 42, Hilmers enrolled in medical school at Baylor College of Medicine, working as an astronaut during the day and taking classes during the night. Hilmers was training for his final trip into space aboard the space shuttle Discovery in 1992.

"I finished my classes about two weeks before the start of the mission," he said.

Following his final mission to space and after fulfilling his goal of becoming a doctor, Hilmers stayed on staff as a faculty member of Baylor College of Medicine.

"The next part of my life began as God told me it was time for me to live out my childhood dream," he said.