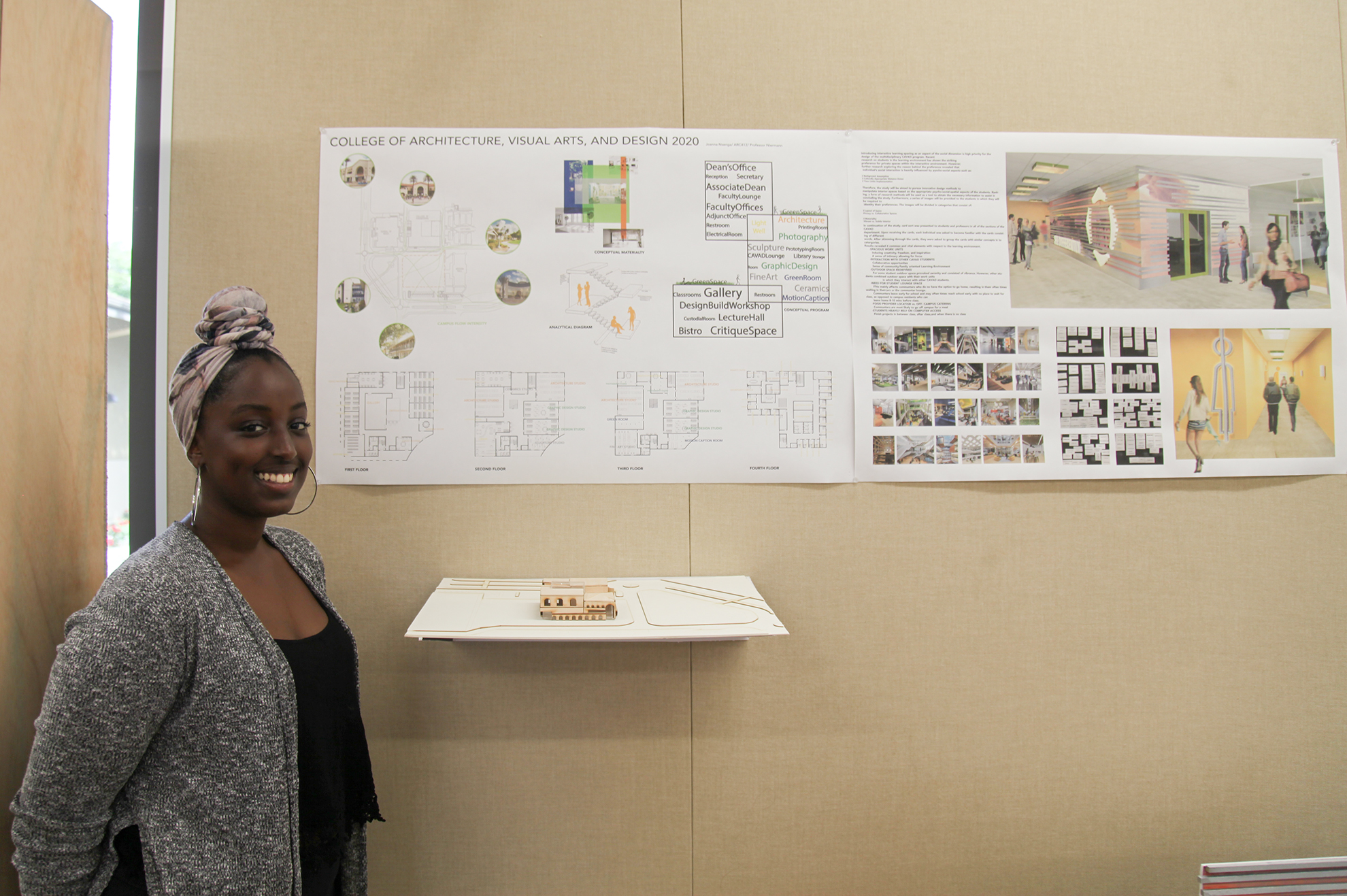 Joanna Nsenga, a senior architecture student at California Baptist University, stands next to her classwork—an interior rendering for a proposed building for the CBU College of Architecture, Visual Arts and Design, on April 28.

Third-year students worked on designs for a proposed performing arts building at CBU, while fourth-year students were tasked with designing a building for the College of Architecture, Visual Arts and Design (CAVAD).

“Our architecture students are working on design projects based on two projects that have or will hopefully have some degree of real consideration for the CBU campus,” Mark Roberson, CAVAD dean, explained. “Both of these are theoretical explorations of what these buildings could be and how they might fit into the CBU campus.”

“I worked on creating logos and various graphic elements and spaces that would create an environment of collaboration,” Nsenga said. “While doing research for my project, I learned the importance of an environment that aids in a creative environment but also allows for some privacy.”

Nsenga said the project, for her Studio 412 course, was an effective learning experience.

“Through the process, I came to understand the benefits of research and surveys that I conducted,” Nsenga said. “It was rewarding to see the end results.”

Third-year students made a series of individual project presentations on April 21, and the fourth-year students staged an exhibit on April 24.  CAVAD also hosted an open house on April 28 that displayed the variety of student design projects and allowed another opportunity for students to present their work.