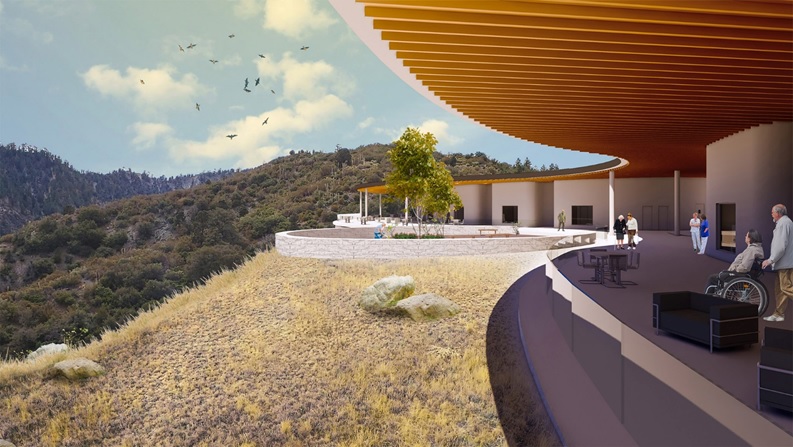 Riverside, Calif. (July 1, 2020) – Academic work by students in the architecture program at California Baptist University was showcased for the Dezeen Virtual Design Festival on June 29.  Ten designs by CBU students were featured in the online architecture and design magazine based in London.

“Being featured is a step toward getting more visibility in the broader design community of professionals and academics,” said Keelan Kaiser, program director of architecture in the College of Architecture, Visual Arts and Design.

The magazine invited academic architecture programs to participate in the festival. Kaiser asked CBU faculty to choose the most creative works from their design classes this past academic year. The final 10 designs represent the work of second- through fifth-year students in the program.

The designs included specialized housing for dementia patients, an elementary school, a performing arts center and a place of worship. The theme of CBU’s submission was “design for the public good,” which is one of the program’s strong emphases, Kaiser said.

“We were trying to distinguish ourselves from other schools,” Kaiser said. “All architecture schools are socially conscious and care about the broader public. At CBU, we also include a faith-based perspective.”

The architecture program at CBU started in 2012 and received initial accreditation in the spring 2019.