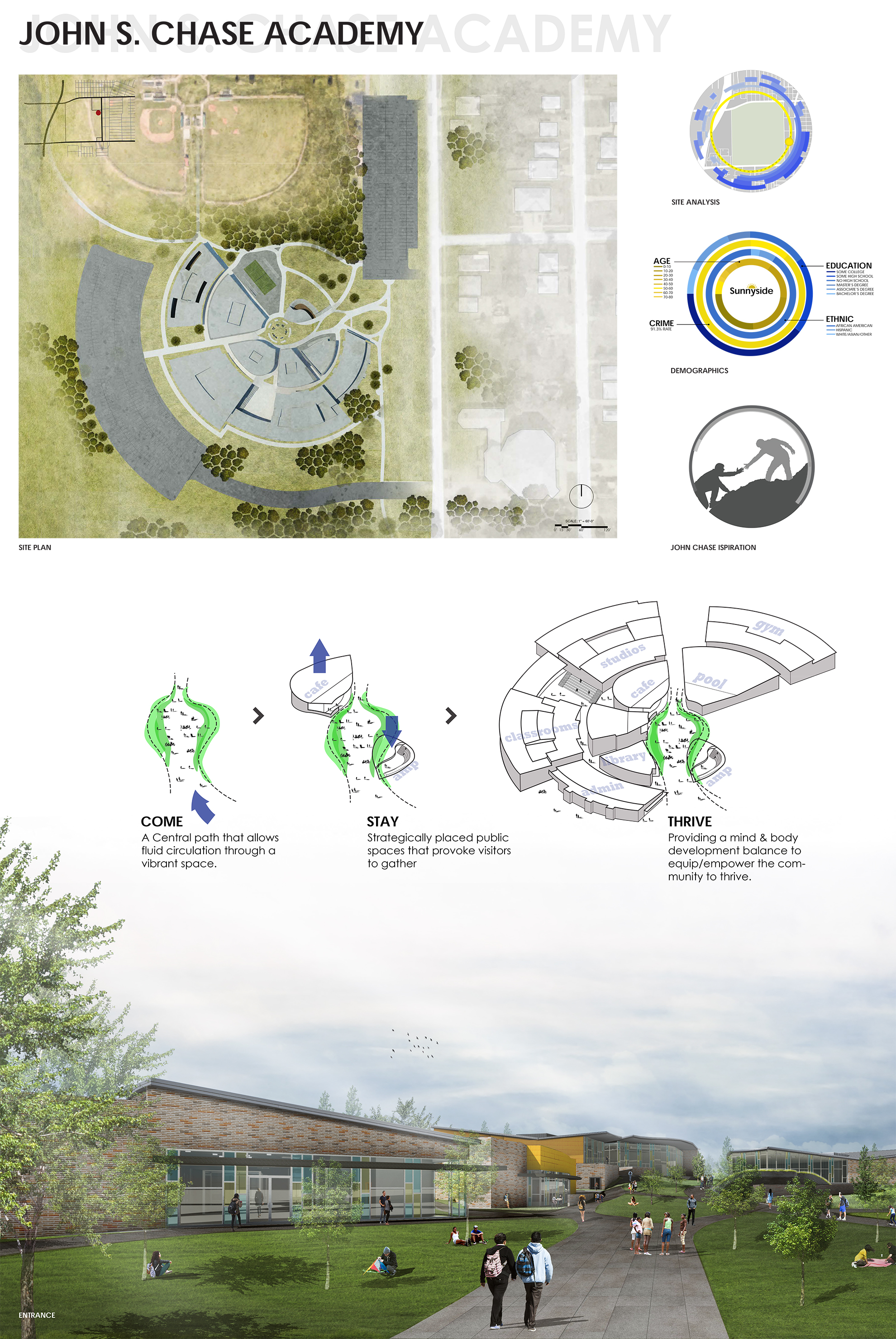 The NOMAS chapter, in only its second year at CBU, featured seven team members who are either architecture undergrad or graduate students. The students took part in a design competition against 18 other NOMAS chapters across the U.S.

“Placing at the NOMAS national competition shows that our students are competing at the national level with highly established programs of architecture and demonstrating high levels of success,” said Dr. Matthew Niermann, associate dean of the College of Architecture, Visual Arts and Design at CBU.

The competition required teams to create a design for a school/community center set in Sunnyside, Texas. The project started in January 2017, when team members traveled to the Lone Star State to complete a site analysis. In the next phase, the team studied and researched architectural structures of buildings that have similar usage to the one they were conceptually designing. Then, over a period of several months, the students developed their design. The team sketched numerous concepts, debated the designs, made multiple revisions and finally used several software programs—including Autodesk Revit and various Adobe programs—to render a final version.

The students’ final concept revolved around the theme: come, stay and thrive.

The concept, which drives the design, was the hardest thing to develop, said Lettie Ramos, a graduate architecture student.

In October, team members attended the NOMA conference in Houston, Texas, to present their design. They competed against universities such as Washington University, University of Buffalo and Cornell University.

Stephanie Vaz Ferreira, a graduate architecture student, said the coursework at CBU helped prepare her for the presentation.

“We often present in front of our professors and local architects when we do our individual projects,” Vaz Ferreira said. “It was rewarding to see I’ve been equipped well to present and do architecture.”