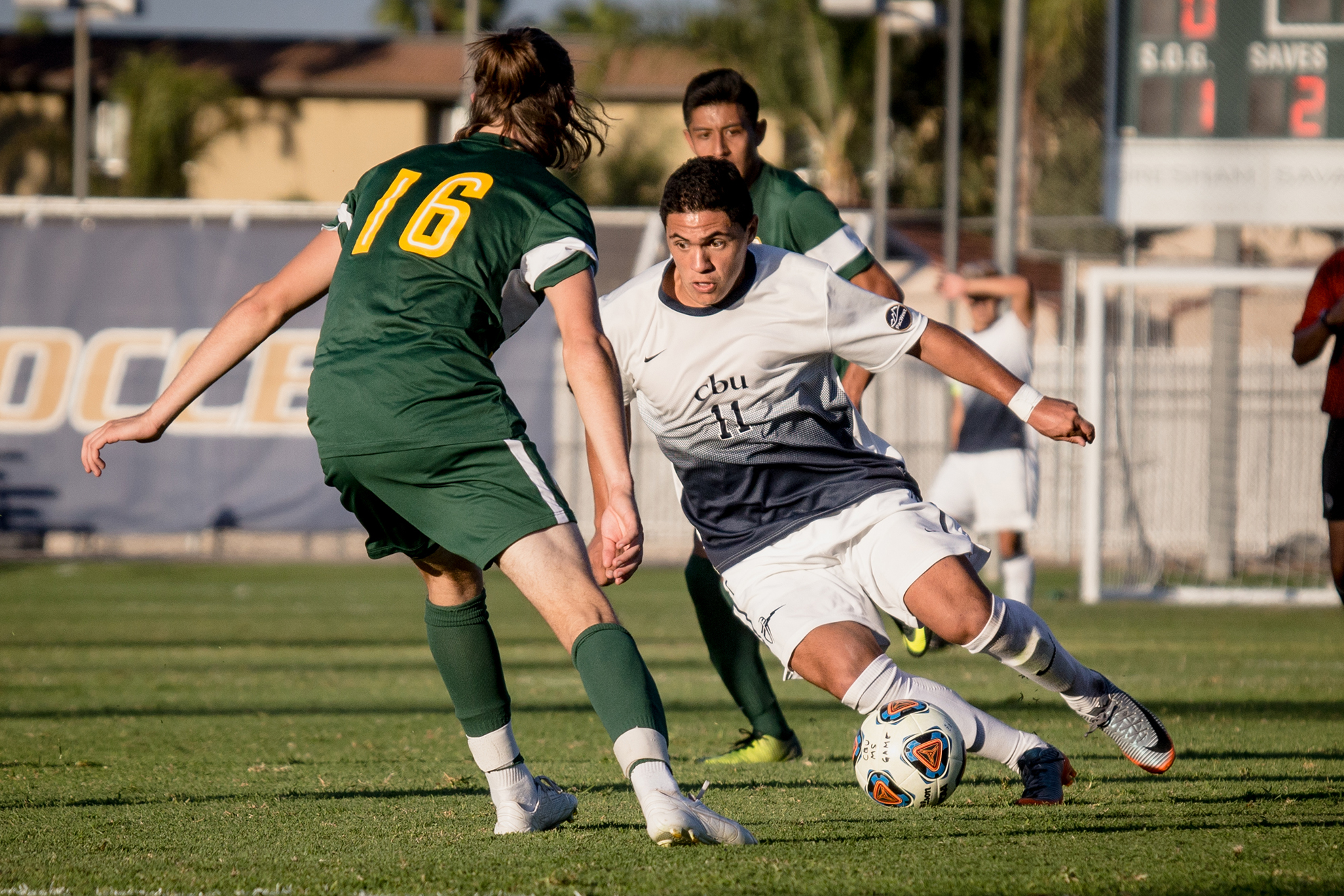 Riverside, Calif. (Dec. 1, 2017) — Aidan Apodaca, a senior forward for the men’s soccer team at California Baptist University, has been named the Ron Lenz National Player of the Year. Apodaca became the first Lancer to earn the award.

Apodaca finished the year with 29 goals, the most in a single season by any player in all of NCAA (Divisions I, II and III) competition. Apodaca also owns the single-game scoring record at CBU after scoring five goals in a 5-0 victory over Northwest Nazarene on Sept. 16. Moreover, He holds the CBU career record for goals with 48 over his four-year career at CBU.