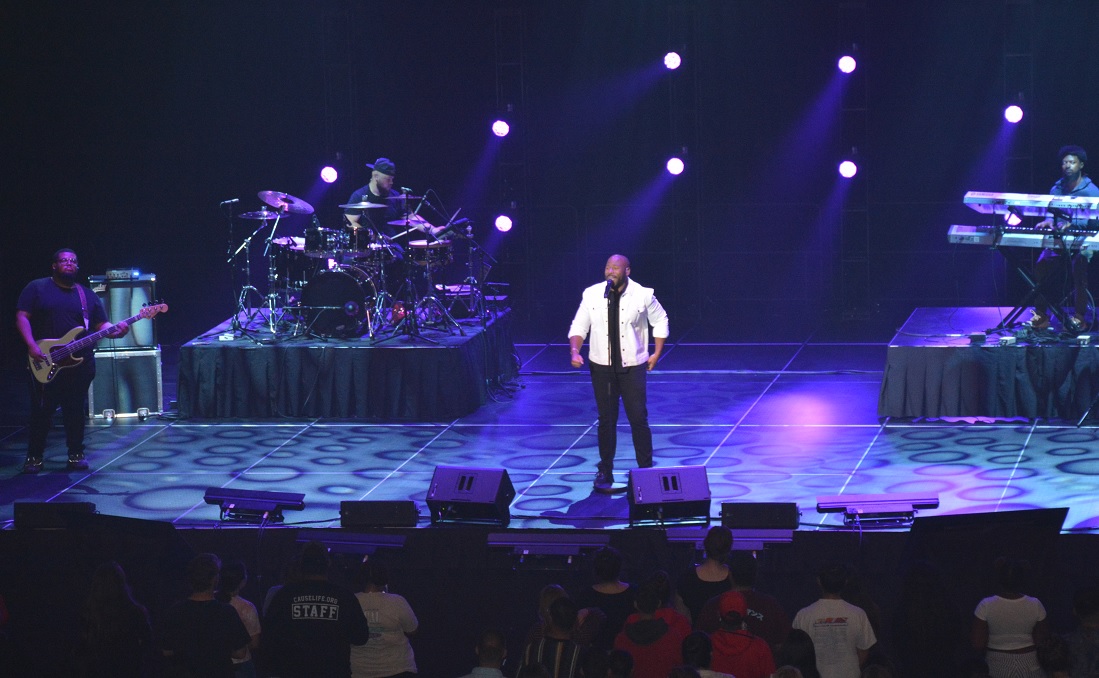 Riverside, Calif. (Oct. 15, 2019) – “I love to worship with people, not for them,” Anthony Evans said during a California Baptist University chapel on Oct. 15.

Evans is an accomplished Christian artist who has released seven albums and has toured throughout the world. During chapel, Evans performed a variety of worship songs including “Fighting for Us,” “Great Are You Lord,” “Hope Is Alive” and “The Lion and the Lamb.”

Evans also shared a unique experience with a CBU student on stage. Evans asked the audience if anyone could help him perform the song “Boasting” that was featured on Christian rapper, Lecrae’s “Rehab” album. Evans originally performed the chorus to the song. Porter Wesson accepted the challenge and proceeded to perform Lecrae’s role in the song to the applause and excitement of the audience.

Evans also paused in between songs to speak directly to the audience. Evans shared that he attended Liberty University, a Christian university in Virginia, but did not fully take advantage of the opportunity to grow in his faith during college.

Evans said that once he experienced trials in the “real world,” he realized he was taking his faith for granted.

Evans said he was now choosing to focus on God’s goodness despite the emotions he was experiencing from a new trial.

To worship and to have faith are choices we make, Evans explained.

“I am choosing to believe that [God] is fighting for me,” he said.